The sun is shining, the Disney Ducks are waddling, and we’ve been having some great adventures around the Magic Kingdom today! 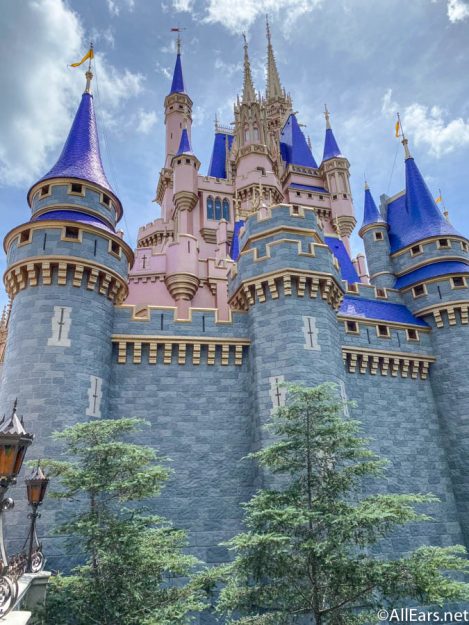 Although we’ve been taking you with us to all four Disney World theme parks, we thought we’d take you with us to see what our walk through Magic Kingdom was like today!

…there’s something just so special about the moment you realized you get to explore Frontierland, Tomorrowland, Fantasyland, and Adventureland!

"Here you leave today and enter the world of yesterday, tomorrow, and fantasy." pic.twitter.com/niixoFl1US

While we made sure to greet Walt and Disney as we walked in, the party kicked off as soon as we got there with music, dancing, and fun!

That’s right — we jammed out with the characters during the Mickey and Minnie Cavalcade.

Best way to start the morning at Magic Kingdom! pic.twitter.com/cKSt2hGEfs

After we watched the cavalcade, we were WAY too excited to head over to the Main Street Bakery for some pumpkin goodness. Now that the fall flavors from Starbucks have arrived, it’s practically a necessity to grab some of our favorite treats and drinks of the season!

And, you can bet your Halloween buttons that we snagged a Pumpkin Cream Cold Brew to sip on during our visit to Magic Kingdom today!

PSL in the Magic Kingdom 🥰 pic.twitter.com/xdEsZEorf6

And, in case you didn’t know, Molly is a pretty huge fan of a good ole’ Pumpkin Cream Cold Brew. So, she had a fantastic photo shoot to kick off the Halloween season in Disney World!

Why yes, Molly DID have a Magic Kingdom photo shoot with her beloved #PSL 🤣 pic.twitter.com/TUsNB3sRse

While Molly played it dramatic for the camera…

…we also can’t help but want someone to look at us the way Molly looks at her Starbucks drinks.

But, Molly’s sweet streak didn’t stop there! She also grabbed a Dole Whip during her time at Magic Kingdom (because we think it’s always a necessity when you’re in Disney World).

…other parts of Magic Kingdom were very quiet so you could pause to have a snack or just take a break from those 10,000 steps you’re racking up!

But, we also had to hit up some of our favorite attractions! I mean, did you even actually GO to Magic Kingdom if you didn’t get on some of the rides? And, our first stop was Pirates of the Caribbean to cool off from that Florida heat! Listed at 20 minutes, we found the wait time to be pretty accurate, perhaps a few minutes shorter.

Our hearts are just so happy hearing the pirates sing along to their favorite tune all day, every day.

"Yo ho, yo ho, a pirate's life for me" pic.twitter.com/XDdY1iAHoP

…did you know that you can also spot Dumbo and Timothy Q. Mouse at the front of Magic Kingdom looking all cute?

Meanwhile, Peter Pan’s Flight was listed as a 20 minute wait, but in reality was about 10 minutes.

Oh, and did you think we could skip the spookiest ride in all of Magic Kingdom? The Haunted Mansion is one of our favorite attractions all year long, but it’s even better during the spooky season. Listed as 15 minutes, it was actually less than 10.

…we also admired the view of the mansion…

…before paying our respects to Master Gracey, but NOT mourning him (since he asked us not to do so).

The Seven Dwarfs Mine Train may not be scary, but it sure is fun! The attraction only had a 25 minute wait, despite being one of Disney World’s most popular attractions.

We found this wait time to be pretty spot on!

As we started to walk out of the Magic Kingdom after our day, we caught a glimpse of the characters looking as sweet as ever…

Checking in with some characters pic.twitter.com/gimaRnlXCf

…before saying goodbye to our OTHER good friend, Roy O. Disney!

While the parks have looked completely different since we’ve been back we have been back, Disney World has brought us a lot of new memories with exciting features and returning favorites.

As we continue to make our way around the parks, we’ll give you a look at what it’s like to return to a reopened Disney World! And, as always, we’re here to answer any questions you may have about your upcoming or future vacations!

Take a look at the wait times we experienced in Disney World today here!

Have you been back to Magic Kingdom yet? Let us know in the comments below!

Want to learn more about the Reopened Disney World?