Staying at  Walt Disney World resort hotel has become a bedrock part of the Disney World experience for many guests, both because of the thematic immersion the resorts offer as well as the more practical benefits of staying on property. 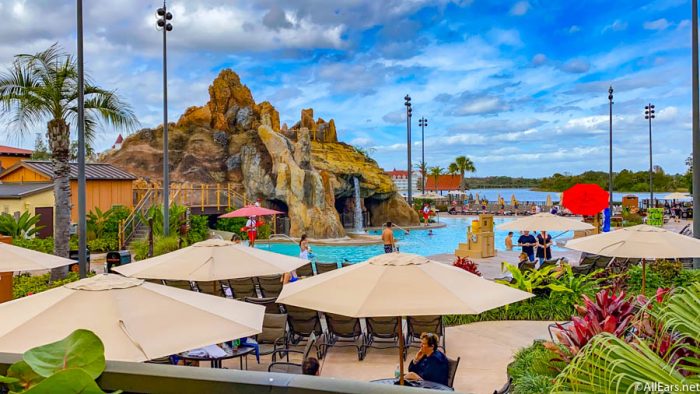 But it’s important to know that not all Disney Resort hotels are created equal. Now, don’t get us wrong: the Value and Moderate Resorts at Walt Disney World provide a pretty solid product for their price, and frankly they might be a better choice depending on what type of Disney trip you’re looking to take.

But if you’re looking for the lap of Disney luxury, you should be looking no further than the vacation kingdom’s Deluxe tier of resorts, which offer quality and amenities not found at the Value and Moderate Resorts. But how do these Deluxe resorts stack up against each other? Let’s find out!

NOTE: This list, as any ranking, is entirely subjective. In addition, there truthfully are no “bad” Deluxe Resorts at Walt Disney World. Even the lowest-ranked hotels on the list are still incredible examples of theme and service.

These sister resorts share the dubious distinction of coming in last place on our list, but as noted above, that doesn’t mean there’s anything wrong with them. In fact, the Beach Club’s serene theme — modeled after the seaside cottages of Newport, Rhode Island, circa the 19th century — provides as relaxing an atmosphere as one can find in Walt Disney World, while the Yacht Club’s New England nautical-theme echoes the best of Martha’s Vineyard.

The resorts feature all the amenities guests expect of a Deluxe Resort. They share what is arguably the World’s best pool, the Stormalong Bay pool complex – which includes sand-bottom pools, a circular lazy river, waterfall, and the Shipwreck waterslide — a convention center, and numerous restaurants including the Cape May Cafe, Yachtsman Steakhouse, and highly-acclaimed Beaches & Cream Soda Shop. However, because the two hotels share so much infrastructure, it becomes hard to look at them as individual hotels, which hurts their overall rankings on our list.

There’s perhaps no more well-known Disney World resort than the Contemporary. The image of the a-frame building with a monorail track passing through while the resort looms over Tomorrowland has been a major part of the Walt Disney World experience (and brand recognition) since the complex opened in 1971.

Inside, the hotel is defined by its huge Grand Canyon concourse, Mary Blair murals, and several restaurants including the popular character dining experience at Chef Mickey’s, Steakhouse 71, and the rooftop California Grill. That said, the Contemporary ends up at the lower end of our Deluxe Resort rankings because its overall decor is, ironically given its name, a tad dated. As a result, the hotel lacks the magic and luxury guests can find at other Deluxe Resorts.

From the first moment a guest enters the Wilderness Lodge’s magnificent eight story lobby, they’re completely enveloped by the resort’s rustic, National Park-esque theme. The hotel’s grounds feature geysers and rock work that mimic the best of America’s natural wonders. Said theming also translates to the guest rooms and the popular Artist Point restaurant where Storybook Dining allows diners to mingle with Snow White, some of the Dwarfs, and the Evil Queen.

Wilderness Lodge lands in the bottom half of our list because while the location in the Magic Kingdom Resort area is good, it means the Resort is pretty far from the other three Parks, and though we enjoy a leisurely boat ride, the Deluxe Resorts on the Monorail Loop are more convenient overall.

The BoardWalk – which is perhaps not so shockingly themed like a Coney Island-style northeast boardwalk – features all of the typical amenities of a deluxe level resort. However, the reasons it’s so high on our list is its namesake boardwalk.

The hotel’s recreation of a seaside amusement pier offers a full entertainment district including dining (Big River Grille & Brewing Company, Flying Fish Cafe, Trattoria al Forno) and nightlife (Atlantic Dance Hall, Abracadabar, and Jellyrolls). These fully functioning entertainment venues give an authenticity to the BoardWalk that few if any other Disney resorts can replicate.

There’s a reason that the Grand Floridian has been Walt Disney World’s flagship resort since it first opened in 1988. The Victorian-themed resort offers opulent guest rooms and recreation areas designed after the huge beach resorts that lined Florida’s coast during the 19th and early 20th centuries. On top of all that, the resort features a convention center, the Walt Disney World Wedding Pavilion, and the unparalleled Victoria and Albert’s restaurant.

For guests looking to add a little glamour to their vacations, it doesn’t get better than the Grand Floridian. Add to that its convenient location on the Monorail and a pathway direct to Magic Kingdom, and Grand Floridian earns the number three spot easily.

The Animal Kingdom Lodge features top-notch rooms and some of the best food (Jiko, Boma, and Sanaa) on property, however neither those nor any other typical hotel amenities are the main draw of the resort.

That title goes to the massive African Savanna that rings the resort’s grounds. Guests can experience hundreds of species of wildlife, including giraffes, zebras, cranes, and antelope right off their Resort balconies, providing once in a lifetime experiences.

The top spot on our list goes to the Polynesian Village Resort, arguably most the quintessential Disney Resort experience. Like the Contemporary, the Polynesian opened with Walt Disney World in October of 1971.

However unlike the former, the latter’s theme has aged well – it helps that the “Poly” has been updated numerous times over the years – and thanks to an abundance of restaurants including ‘Ohana and Trader Sam’s Grog Grotto, lush beaches, a pool built around an artificial volcano, and gorgeous views of the Magic Kingdom, the Polynesian is the gold standard of Disney Deluxe Resorts.

You truly can not go wrong with any of Disney’s Deluxe Resorts, where amenities and services are known to be top quality at Walt Disney World. But this list, subjective though it is, highlights some of the best qualities of each Resort so you’ll know what you can expect when you call a Deluxe Resort home.

Do you agree with our list or did we get everything dead wrong about Disney’s Deluxe Resorts? Let us know either way in the comments below.

Get the latest from AllEars regarding accommodations at Walt Disney World at the links below!

19 Replies to “Ranking the BEST (and Worst) of the Disney World Deluxe Resorts!”