Right now, Disney’s Hollywood Studios may be the most in-demand theme park at Walt Disney World, thanks to the Park’s newest major attractions: Rise of the Resistance and Mickey & Minnie’s Runaway Railway. The park also features relatively new additions like Star Wars: Galaxy’s Edge and Toy Story Land, as well as stalwart classic attractions like the Twilight Zone Tower of Terror, Star Tours, and the Rock ’n’ Roller Coaster. It’s certainly one heck of a lineup, but notably missing is something that should define the park. There are no studios left at Hollywood Studios. What happened to them? Well, to find out we’ll have to start at the beginning…

The legend of how Hollywood Studios came to be is one of the more well known “creation myths” in theme park history. As the story goes, in the early 1980s future-Disney CEO Michael Eisner, in the guise of the head of Paramount, sat in on a pitch from Universal and learned that they were planning to build a version of their studio tour – which had been successfully running at their Hollywood studio since the 1960s – in Orlando.

Allegedly, Eisner kept the details of the pitch in mind when he took over leadership of the Walt Disney Company in 1984, and when he saw that Imagineers were already working on a potential entertainment pavilion for EPCOT, he instead told them to turn said pavilion into a full-scale studio tour and theme park to beat Universal to the punch. Further, the company would enter into a licensing agreement with MGM to use the studio’s library of films in the park, leading to its initial name: the Disney/MGM Studios.

Once Disney and Universal both began work on their Florida studio parks in the late 1980s, local press began to refer to the city as the “Hollywood of the East” as both companies were planning to open state of the art production facilities as part of their theme parks, with the hope  they could house major productions. In fact, these production facilities were the major attraction upon the opening of MGM Studios in 1989.

The park’s initial signature attraction was an hours-long tram tour called the Studio Backlot Tour, that toured the studio buildings, which included working production stages for films and television shows, a collection of backlot streets designed to look like New York City, an area of residential neighborhood facades, a wardrobe department, a special effects department, and a satellite animation studio. In addition, the overall theme of all areas of the park was that of a studio in a “Hollywood that never was” with guests being cast as movie stars, and all other attractions taking place on “hot sets” that put them in the midst of movie-making magic.

Click here to read about five things we loved on the Studio Backlot Tour! 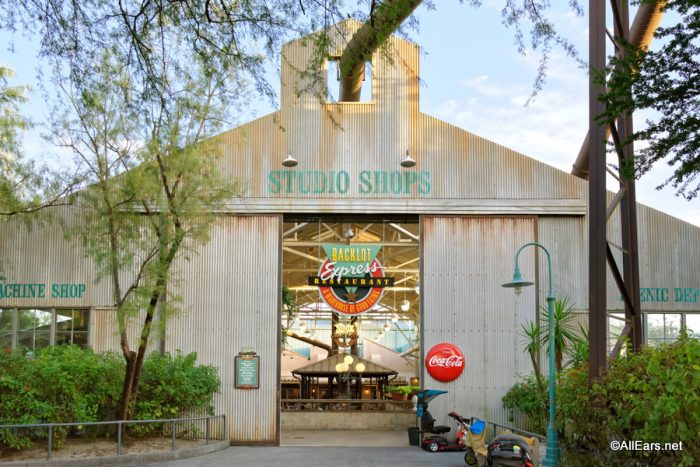 Initially, Disney did put those production facilities to good use. In the early years of the park, numerous live action television shows and films were produced at the studios including Newsies, Ernest Saves Christmas, The New Mickey Mouse Club, Adventures in Wonderland, Superboy, MTV’s Remote Control, Thunder in Paradise, Passenger 57, and World Championship Wrestling programs, including several episodes of their flagship series Monday Nitro. In addition, the park’s animation studio, Walt Disney Feature Animation Florida worked on several of the company’s feature length animated films in the late 1990s and early 2000s, including Mulan, Lilo & Stitch, and Brother Bear. 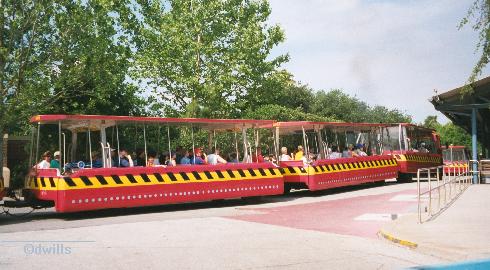 Despite those productions, the studios never became busy enough – nor did they draw large enough projects – to truly turn Orlando into the “Hollywood of the East” as most productions found it more convenient to stay in California, out of the Orlando heat and away from the prying eyes of theme park guests. Thus, the park began transitioning away from the working studio concept rather quickly. The tram tour was one of the first casualties, as its time would be cut drastically just a year into the park’s lifespan. Over the course of the 1990s and early 2000s, more and more of the studio soundstage were eliminated to make room for more traditional theme park attractions, which in turn brought in even less real productions.

End of an Era

Finally in 2004, Disney closed the animation studio and moved all production back to California. The park’s name was changed to Disney’s Hollywood Studios in January 2008, which – despite being due to legal battles with MGM – many saw as the symbolic end of the original MGM Studios concept.

Over the last decade and a half, the park has been transformed near completely from a working studio into (ironically, given the history we discussed earlier) a Universal-style “ride the movies” style theme park, culminating with the closure of the tram tour and Streets of America backlot in the mid-2010s. Since then, lands dedicated to Toy Story and Star Wars have abandoned  the show-business/movie set theming completely. There are still some relics of the previous Studios theme if one knows where to look for them, but they’re becoming rarer and rarer by the year.

Click here for an in-depth look at how MGM Studios became Hollywood Studios!

Did you visit the Studios during its live production heyday? Do you wish Disney could have been successful in turning Orlando into the “Hollywood of the East” or do you prefer the park as it is now? Let us know in the comments below.

Get more Disney movie and television history and trivia at the links below!