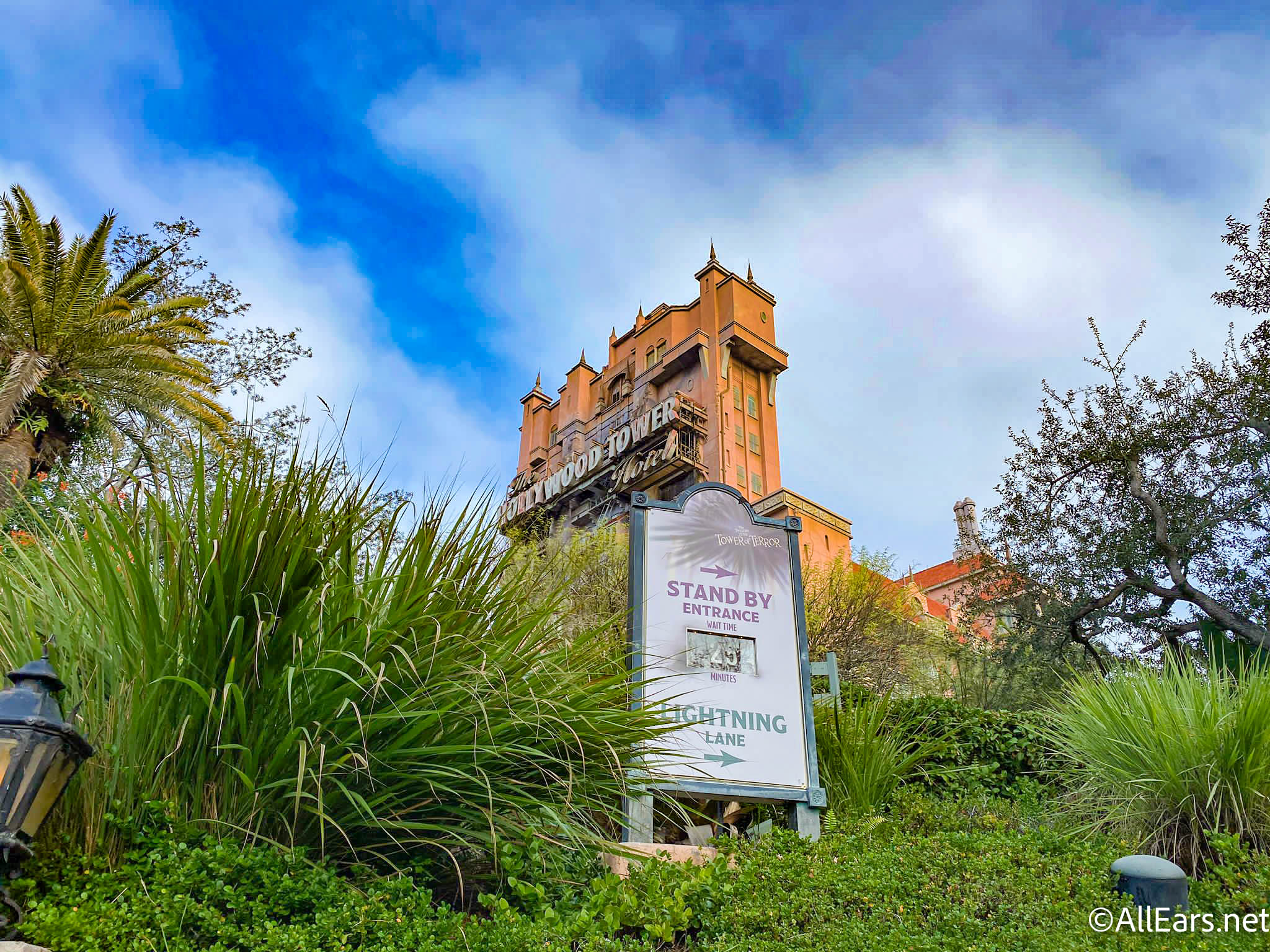 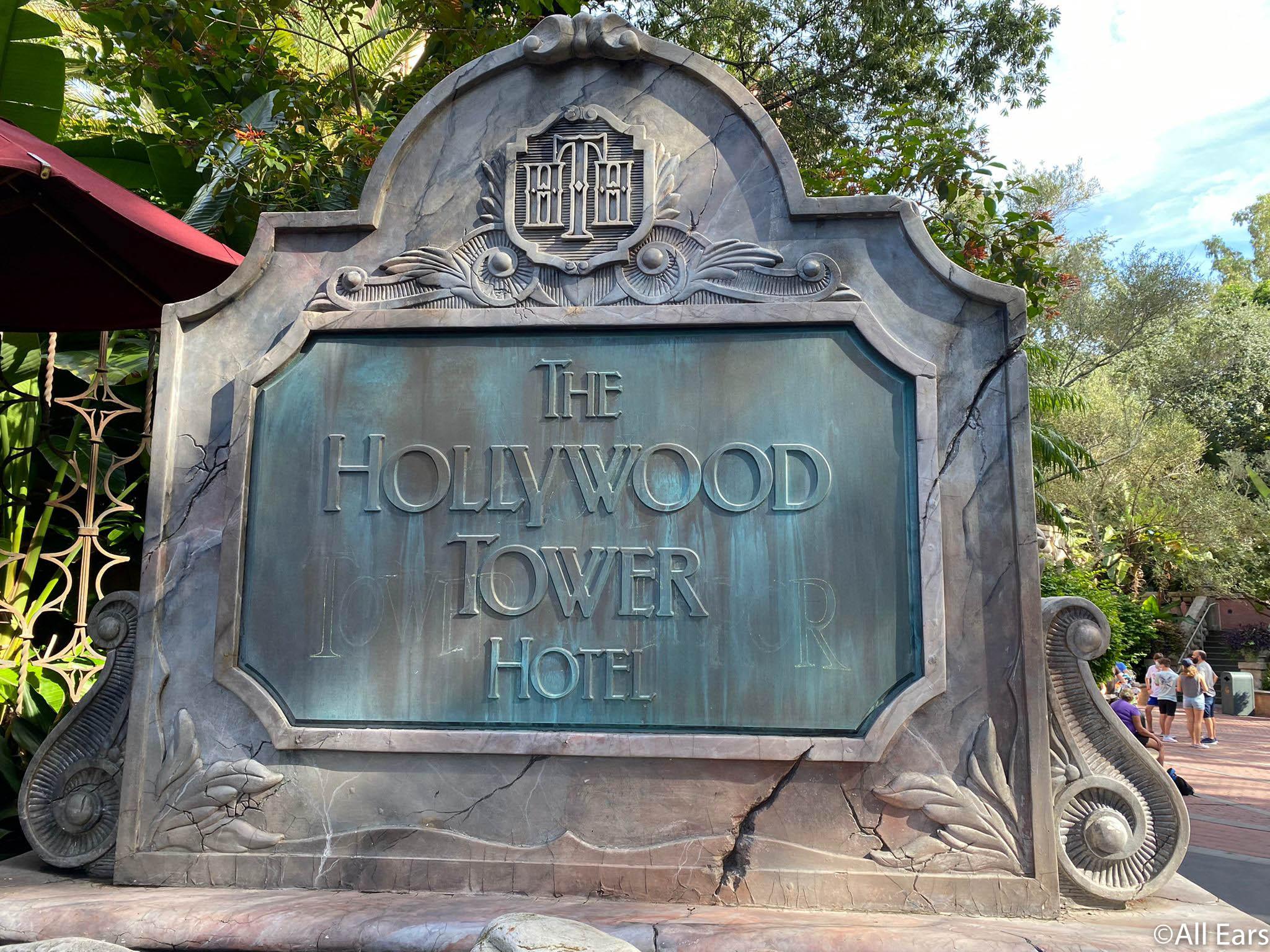 Pre-Show – After queuing through the lobby of the dusty old Hollywood Tower Hotel, guests are directed into the Library to view a short film hosted by Rod Serling, narrator of the old Twilight Zone television series. You’ll learn that the Hollywood Tower Hotel used to be a luxurious hotel, full of glitz and celebrities. Then one fateful night, Halloween 1939, lightning struck the elevator as a family was in it — and they were NEVER SEEN AGAIN. The must’ve crossed over into…the Twilight Zone. 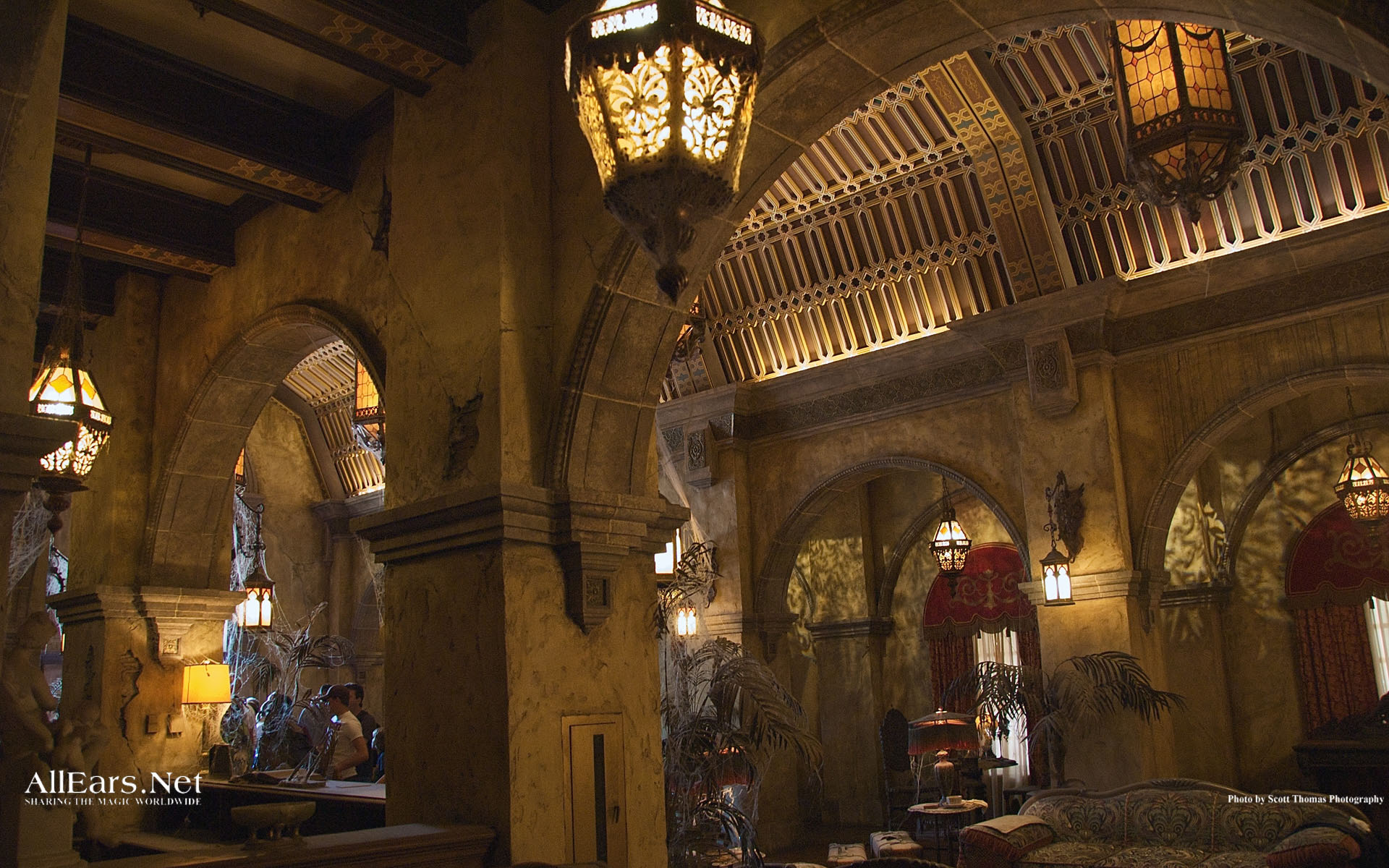 At the conclusion of his story, which sets the stage for the upcoming ride, you are plunged into momentary darkness, then guided into the Hotel’s boiler room, where you await your “elevator” to the 13th floor.

Guests are seated aboard a rickety old “freight elevator” that glides through mysterious hotel passageways, past ghostly images of former guests. As the journey progresses, the elevator enters a pitch-black shaft. From here, you could go up, you could go down — the elevator has randomized drop sequences so you’ll never know what will happen! At one point, the doors of your elevator open to reveal the Disney’s Hollywood Studios parking lot 13 stories below you! You are eventually returned to a dimly lit rear hallway of the Hotel, where you exit the elevator. 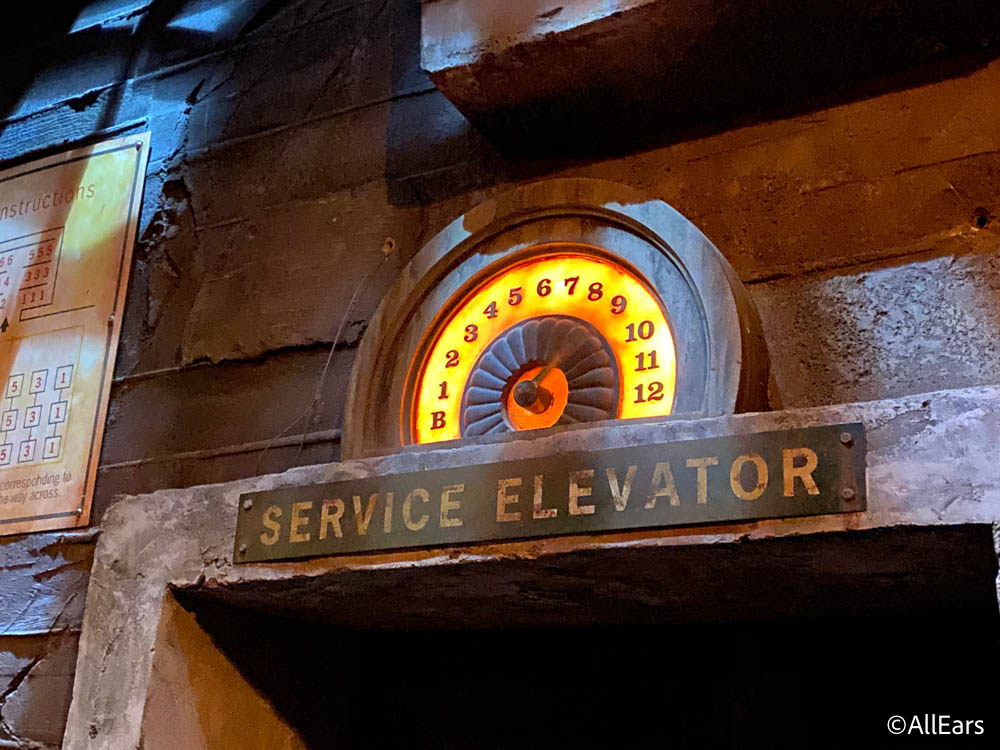 Ride Tower of Terror with us in this AllEars TV Video!

Lightning Lane access for The Twilight Zone Tower of Terror is available with the purchase of Genie+. It is a very popular attraction, with average standby wait times between 40-90 minutes. 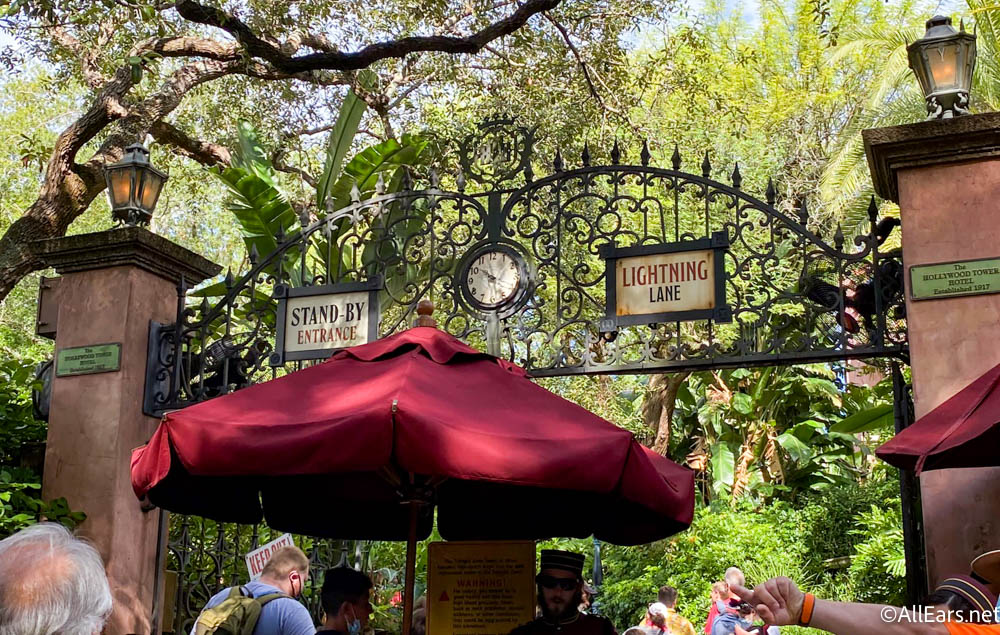 Accessibility:  Guests must transfer to a standard wheelchair for the queue and then transfer to the ride vehicle. Video Captioning and Language Translation Devices are available. Service animals are not permitted on this attraction.

Warnings:  The repeated drops can be jarring to guests with sensitive backs or other medical concerns. Pregnant women or others with medical considerations are advised against riding this attraction.

This attraction is very dark and is probably not advisable for folks with a fear of the dark or claustrophobia. In addition, those with a fear of heights may be upset at certain points during the ride.

Just before you board the elevator for the ride, there is an exit for those who change their minds at the last minute. Be sure to let the Cast Member know if you wish to exit at this point.

If you’ve ever seen a commercial advertising this ride, you may think you stand during it. In actuality, you’re seated and restrained by a seat belt.

An on-ride photo and video are taken on this attraction. You can view it when you unload, where they can be added to your My Disney Experience. 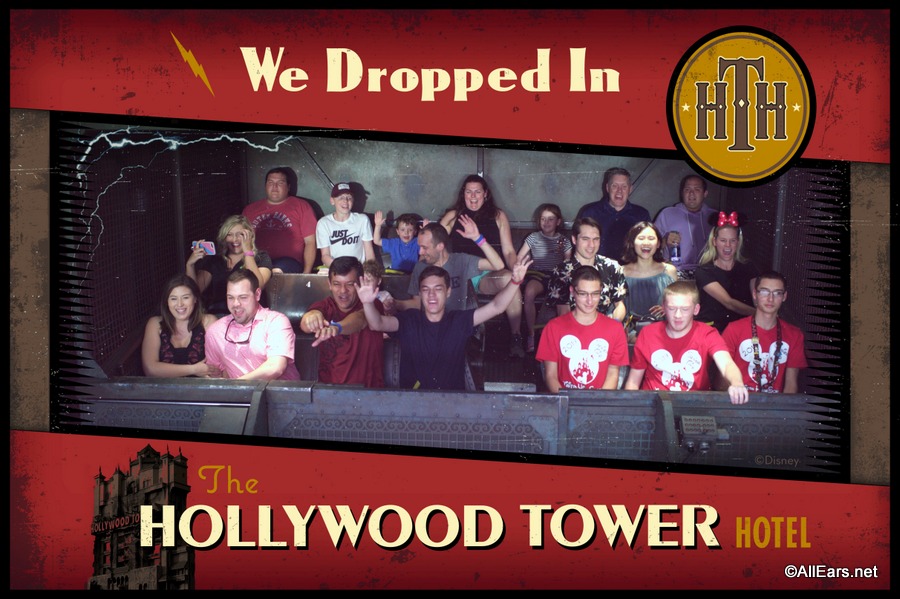 Restrooms are located to the right as you stand facing the Tower at the end of Sunset Boulevard.

There is Joffrey’s coffee/snack cart just outside of the exit from the Tower of Terror. You can find the menu HERE. 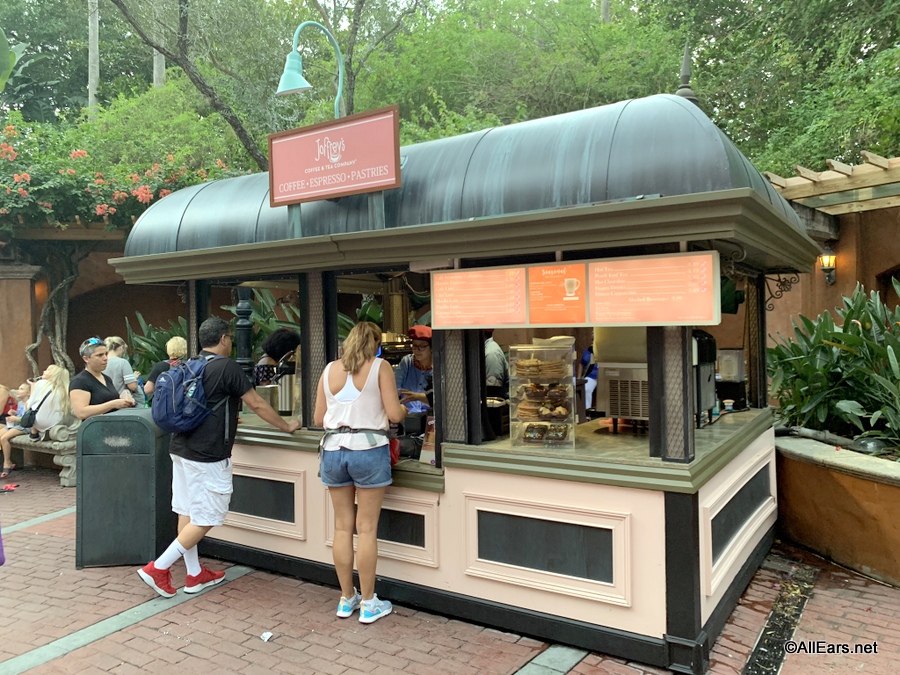 The Tower Hotel Gifts, featuring Tower of Terror-specific merchandise, is located at the exit of this attraction. There is also a photograph/video taken during one of the drop sequences that is available for purchase, or as part of the Memory Maker package, at the ride exit. 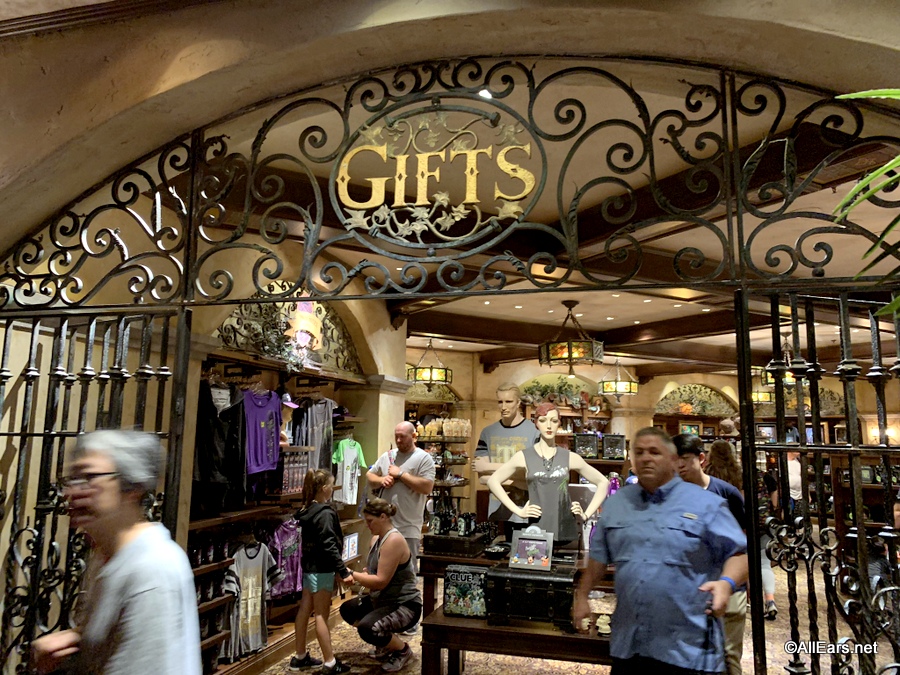 Engineers are able to reprogram new drop sequences in the ride due to the advanced technology it employs. Riders are currently launched to the top of the tower at breathtaking speed, then dropped faster-than-free-fall to the bottom again and again.

Ride engineers tested 33 versions of the Tower of Terror before coming up with what they felt was the best and most thrilling attraction.

Imagineers watched each episode of the original Twilight Zone series at least twice before developing this ride.

Many of the items in the queue and other areas of the attraction are from actual episodes of the original Twilight Zone series, such as the poster for the Anthony Freemont Orchestra in the queue, and the small metal robot on a ledge in the library.

At 199 feet tall, The Twilight Zone Tower of Terror is the highest attraction at Walt Disney World.

Since it can be seen from Epcot, the architectural elements and color palette for the Tower of Terror were chosen to blend in as part of the skyline of the World Showcase’s Morocco Pavilion.

On December 31, 2002, the Tower of Terror debuted a new drop sequence. This was the fourth show enhancement and placed the computers in control of the ride making each sequence unique and random.

For more details, backstory, and hidden details, check out this AllEars video!