With all of the construction walls up around Epcot and the flurry of announcements before, during, and after the D23 Expo it may to hard to remember what is going on there! We have put together a list of all of the changes that are underway, or planned, as part of Epcot’s transformation.

IllumiNations retired on September 30th. October 1 saw the debut of the new nighttime spectacular, Epcot Forever, as an interim show before IllumiNations’ permanent replacement debuts in 2021 (more on that later).

Even the Imagineers know there is a lot to keep track of during this transformation! The Odyssey Pavilion opened on October 1, 2019 as a preview center with exhibits that give guests a peek at the Epcot to come. A dining area was added on February 2, 2020.  Learn more here!

Space 220 will open as a space-themed restaurant between Mission: Space and Test Track this winter. When you enter you will “travel” to a space station that includes views of earth from 220 miles away as you enjoy your meal.

With the closure of Electric Umbrella, Taste Track has taken over as the primary quick service location at Epcot, serving burgers, fries, and other culinary staples in a Food Truck setting. 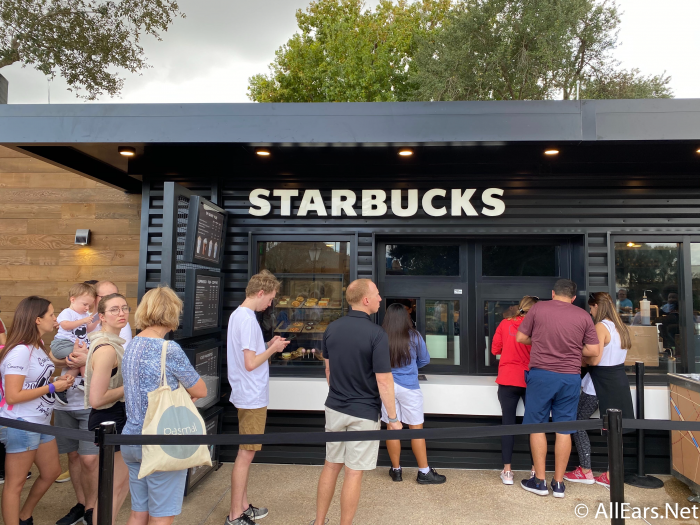 To handle the closure of Fountain View Cafe, a temporary Starbucks was opened near the entrance to the World Showcase, by Refreshment Port. This cafe offers a limited Starbucks menu, but still serves breakfast and similar treats.

Canada Far and Wide in Circle-Vision 360

Oh, Canada closed last year, and was replaced with Canada Far and Wide in January, 2020. The film, narrated by Eugene Levy and Catherine O’Hara, features new 4K Footage, a new story, and a return of the classic song “Canada (You’re A Lifetime Journey)”. Learn more about the film here.

Beauty and the Beast Sing-Along

The new Beauty and the Beast Sing-Along has taken over mornings at the France Pavilion, with a 4K version of Impressions de France airing at night. The singalong, narrated by Angela Lansbury, features footage from the original animated film, along with new footage recasting Gaston’s sidekick LeFou as a bumbling, if surprisingly effective matchmaker!

Disneyland Paris’ Ratatouille makes a trans-Atlantic trek to open its kitchen doors in the France pavilion next summer! Shrink down to the size of a rat, and get ready for adventure as you race around the kitchen!

A brand new creperie will open in the France pavilion next summer.  La Creperie de Paris will feature a menu inspired by the Brittany region of France. The new location will offer table service dining as well as a quick-service stop for guests craving sweet or savory crepes. Learn more about La Creperie here.

The China pavilion debuted a new Circle Vision 360 film at the Festival of the Arts this year, complete with updated 4K footage!

HarmonioUS will replace Epcot Forever in 2020 (an exact date or season has not been announced). HarmonioUS promises to be Disney’s largest nighttime spectacular ever. The show will include Disney music reinterpreted by artists from around the world to illustrate how music inspires people everywhere. There will be floating set pieces, custom-built LED panels, choreographed moving fountains, lights, pyrotechnics, lasers, and more.

Guardians of the Galaxy: Cosmic Rewind

The Guardians will arrive in time for Disney World’s 50th anniversary in 2021. The new attraction is being dubbed a “storytelling coaster” that has seats that rotate 360 degrees to focus riders’ attention on the story. This new coaster will also include the first reverse launch for a Disney ride. Learn more about the Guardians of the Galaxy: Cosmic Rewind ride vehicles here!

The following items have been announced but do not have an opening date or season associated with them yet.

Journey of Water will be an exploration trail where you will  meet and play with magical, living water. The water will have a life of its own – just like Moana’s friend, the ocean – and you’ll learn about the importance of the natural water cycle. Learn more about Journey of Water, Inspired by Moana, here.

A new, three-level pavilion will open in World Celebration and serve as a home for live events and as the Festival Center for Epcot’s festivals. Being three-levels it will offer new views of the Park as well as a great view of the nighttime spectaculars. The pavilion will include a plaza level, and expo level, and a Park on the top level.

Dreamers Point be located behind Spaceship Earth. This will include a new statue of Walt Disney, as well as a wishing tree in an enchanted forest with a fountain.

Spaceship Earth will still take us on a trip through time but with new narration, new music, and a new focus on the moments and ideas that define our story. The attraction will follow a magical “story light” that brings the attraction to life in  new ways and ties each scene to the entire human journey.

Several Epcot Staples have been closed or relocated as part of the transformation. These include…

What do you think of all of the changes to Epcot? Let us know in the comments!

Want to learn more about Epcot’s transformation? We can help!