The Magic Eye Theater in the Imagination pavilion has been home to a number of 3D experiences over the years. It currently shows three shorts from Disney and Pixar in 3D/4D. 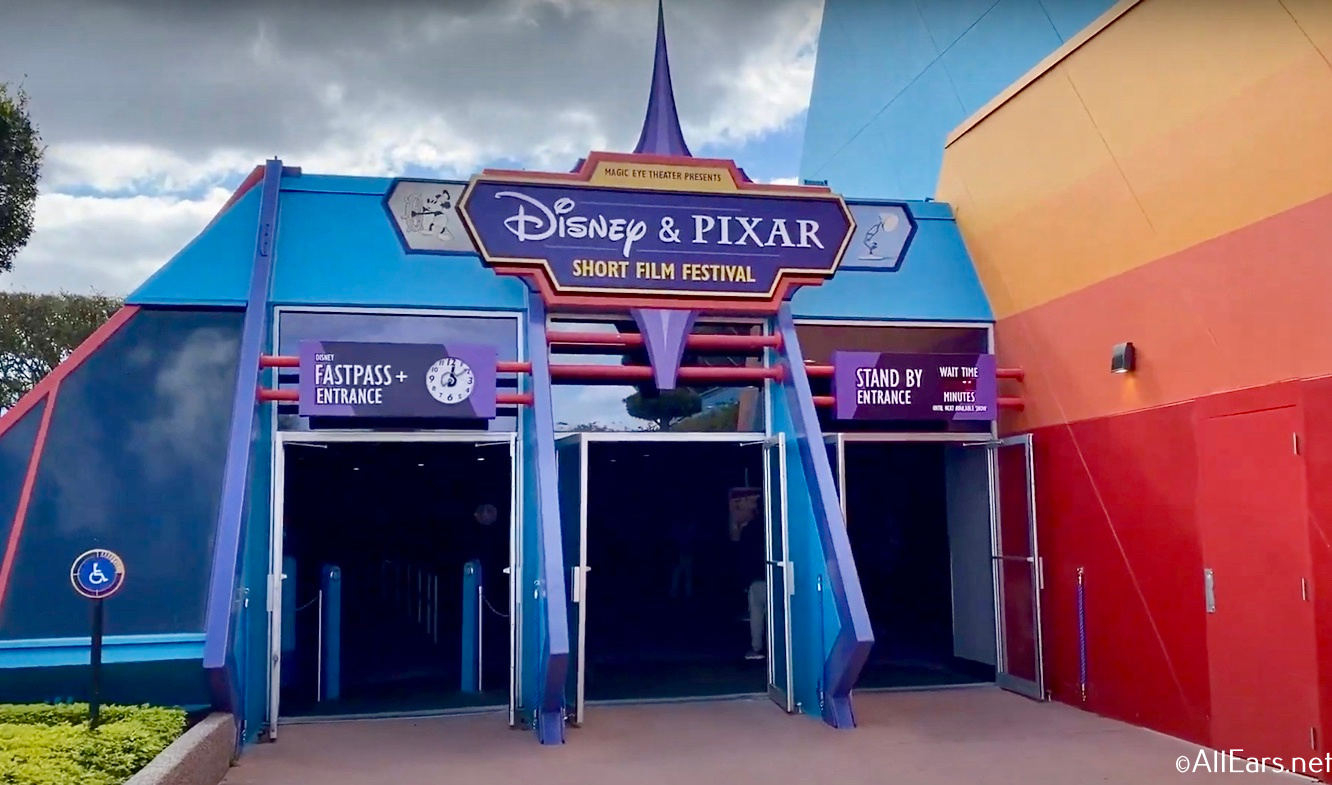 Disney*Pixar Short Film Festival — In the queue area you can see artist drawings from the shorts that will be shown. As you go through the turnstiles, pick up your 3D glasses and enter the pre-show area. It is 15 minutes of standing while you watch a video about the evolution of animation. It’s informative, but not very entertaining for kids. Once inside the theater you’ll see three great shorts. Currently playing: Get a Horse, Piper, and Feast. Lighning Lane access for the Disney and Pixar Short Film Festival is available with the purchase of Genie+, but there is generally no or little standby wait.

The 3D animated shorts include loud noises and musical soundtracks. This attraction may be frightening for children. The attraction is wheelchair accessible. Epcot Attractions At A Glance

There is no place to eat in the immediate vicinity of the the Imagination pavilion. However, next door at the Land are the Sunshine Seasons food court and sit-down character dinner, the Garden Grill. Epcot Restaurants At A Glance Menus From Around the World Vegetarian and Other Special Diets

There is no “live” entertainment in this pavilion.

The ImageWorks in the other part of the pavilion is a great place for kids to run around, touch things and burn off some energy. Be sure you read the Touring Tips (above) regarding things that may frighten children. Epcot Characters At A Glance Character Meet and Greet FAQ!

A spectacular 3-D journey called Magic Journeys opened in the Magic Eye Theater as part of the original pavilion. It moved to the Magic Kingdom to make way for Captain EO in 1986. Captain EO was then shown from September 12, 1986 until July 6, 1994. Honey, I Shrunk the Audience replaced Captain EO starring Michael Jackson. It ran until May 9, 2010. Captain EO returned once again to the theater after singer Michael Jackson’s death. It reopened officially after a 16-year hiatus on July 2, 2010, and then closed on December 6, 2015. The original pre-show for Honey, I Shrunk the Audience was called “True Colors” (with the song of the same name by Cyndi Lauper) and included a great photo show. If you have comments or tips to share with others about touring Epcot, please email us . Thank you.