Beauty and the Beast – Live on Stage Highlights: 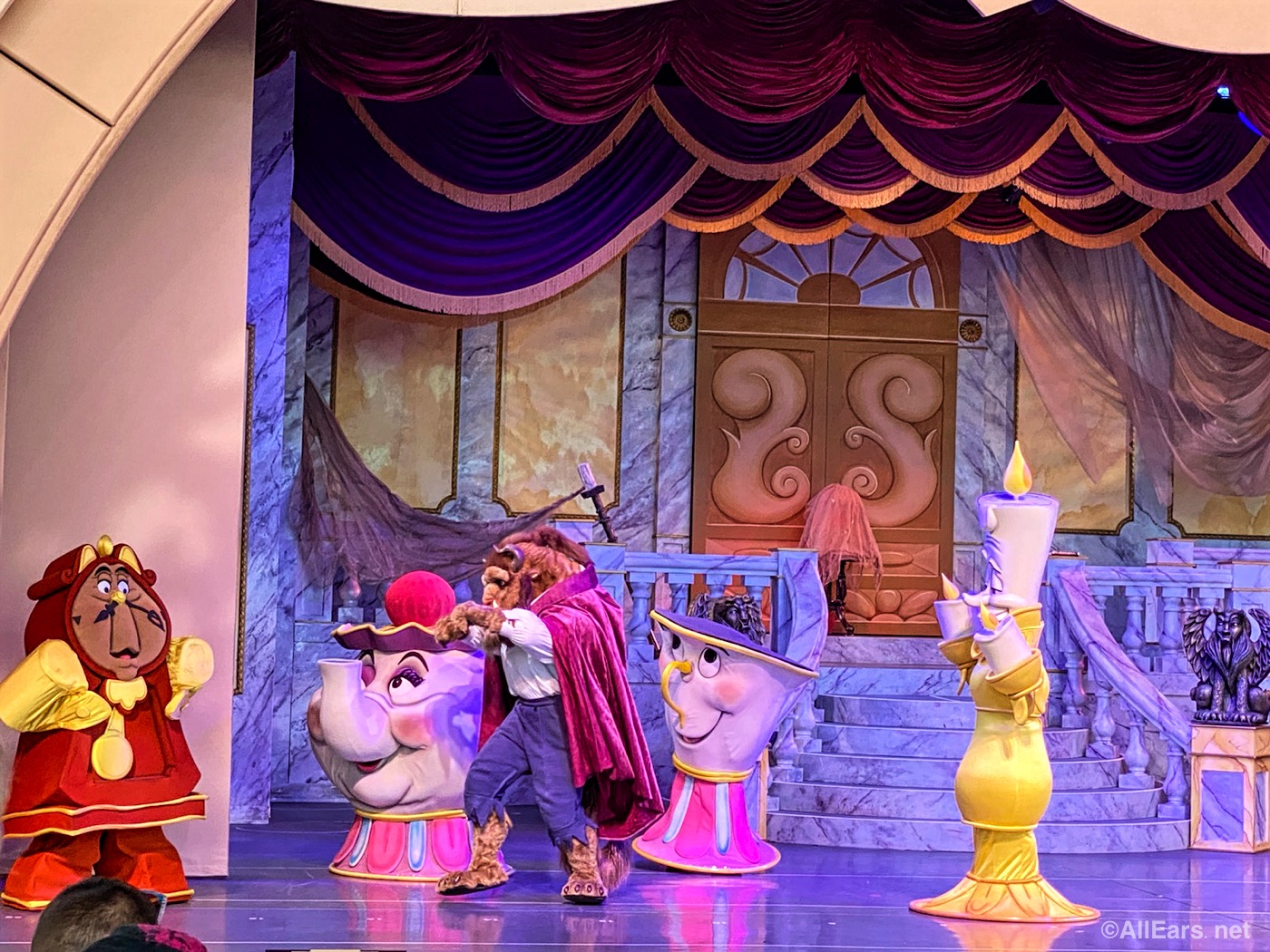 A mini-version of Disney’s 30th animated classic, Beauty and the Beast, Live on Stage, features the popular characters and songs from the film in a lavish, Broadway-caliber production.

Beauty and the Beast – Live on Stage is performed in the Theater of the Stars, located on Sunset Boulevard. 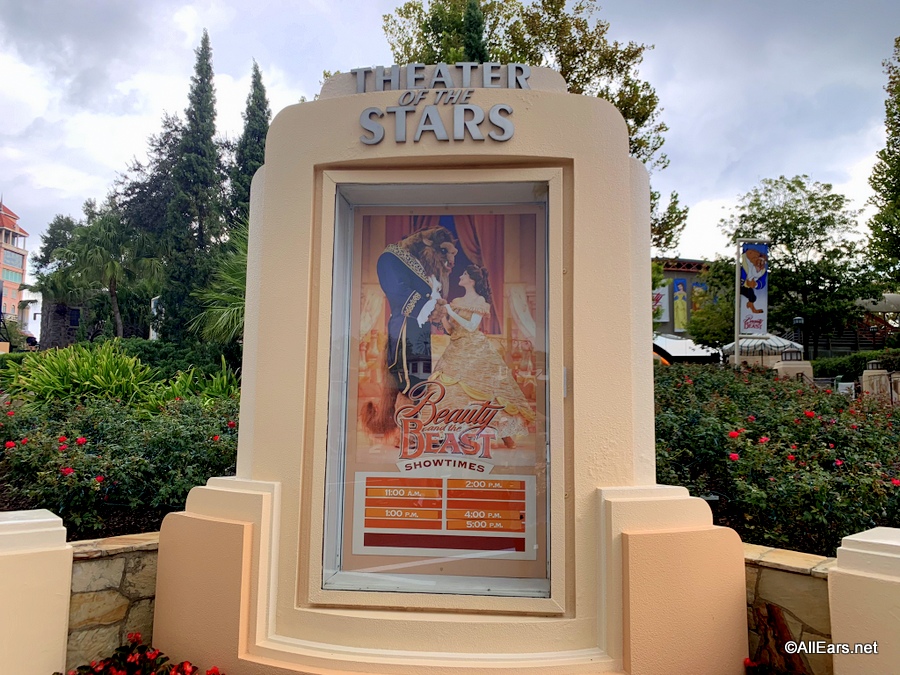 Beauty and the Beast — From the popular “Be Our Guest” to the moving strains of “Tale as old as time…” this 25-minute show mirrors the film upon which it’s based. It tells the story of Belle, a beautiful but bookish girl who lives in a small French town. She is pursued by the macho Gaston, to her dismay, for she yearns for a different life. Her father, Maurice, stumbles upon the enchanted castle of the Beast, and, to free him, Belle offers herself as prisoner in his stead. Under the anxious eyes of Mrs. Potts, Lumiere and Cogsworth, among others, Belle grows to love the Beast and, despite the efforts of the townspeople led by the jilted Gaston, the couple manages a fairy tale ending.

The show does a great job of condensing the film into an upbeat 25 minute version, that any Beauty and the Beast fan will enjoy! 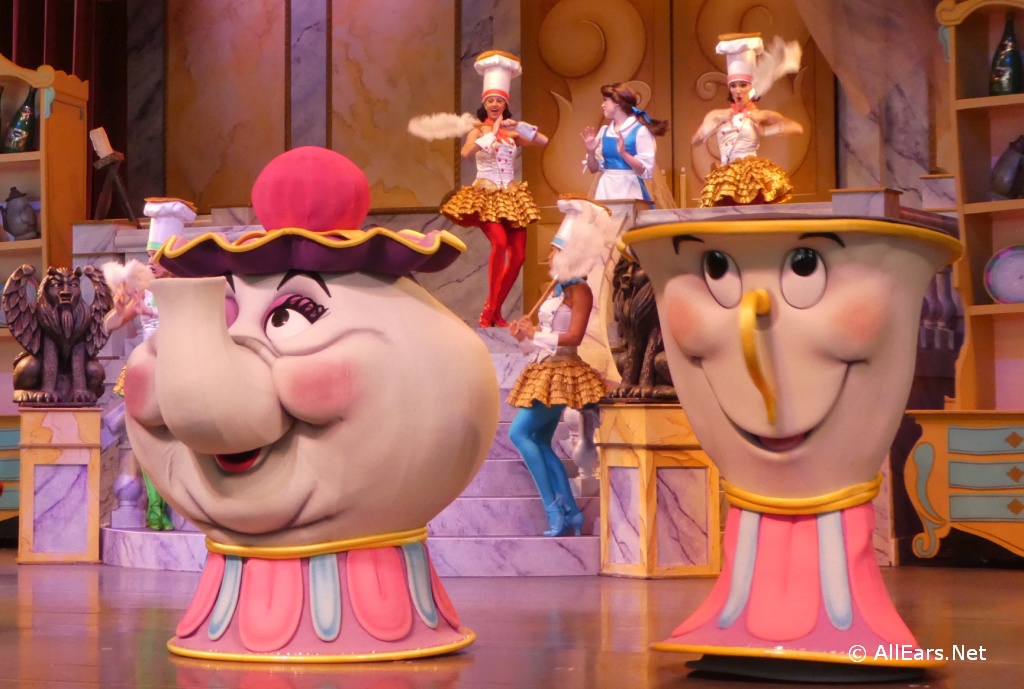 Lightning Lane access for Beauty and the Beast-Live on Stage is available with the purchase of Genie+. However, if you arrive 20 – 30 minutes prior to the show, you can usually snag a great seat!

Although the stage is clearly visible from most of the amphitheater, sitting in the middle or rear of the theater offers a view of the entire stage and the sets.

This show lasts approximately 25 minutes and is performed several times each day. Check your times guide or My Disney Experience app for showtimes.

After a Beauty and the Beast show lets out, nearby attractions such as Tower of Terror and Rock ‘n’ Roller Coaster may be swamped. Shopping along Sunset Boulevard for a while after the show may be a better bet than attempting to fight the crowds.

The nearest restrooms and telephones are located at the end of Sunset Boulevard, to the right as you exit the Theater of the Stars. 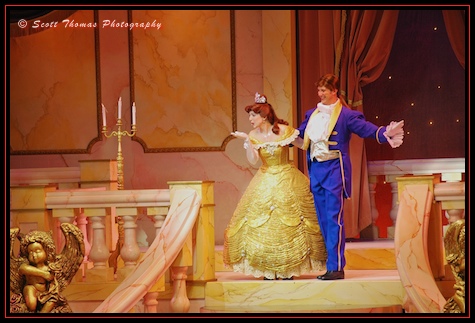 While the characters will dazzle your kids on stage, there are no character Meet and Greet opportunities at this attraction.

The Once Upon a Time shop near the Theater of the Stars carries a lot of Beauty and the Beast themed merchandise, such as toys, plushes, and apparel. 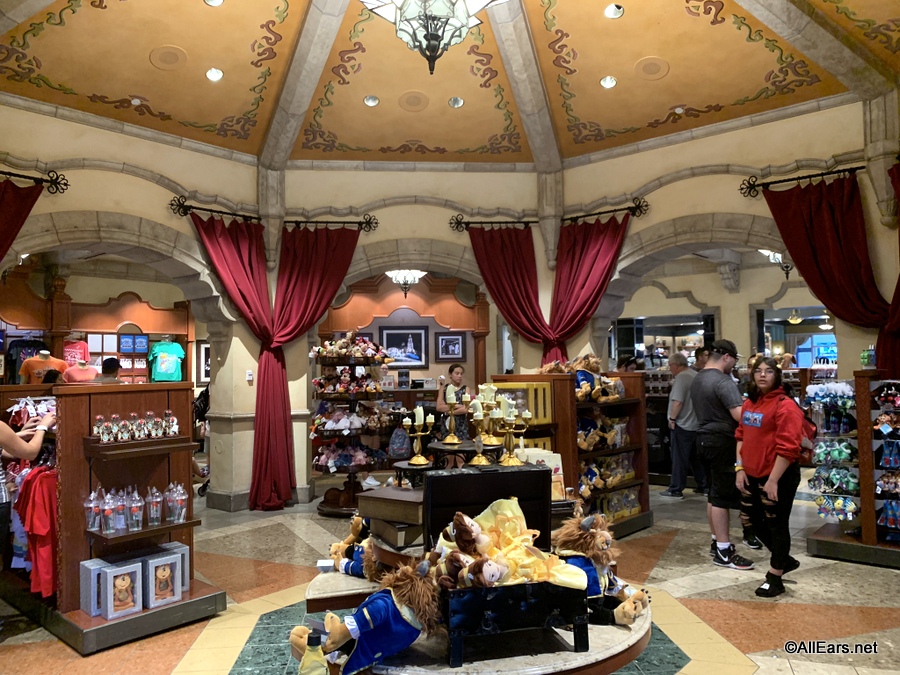 The Theater of the Stars holds 1,500 guests.

Beauty and Beast-Live on Stage, debuted at the Disney’s Hollywood Studios on November 22, 1991, the same day that the animated feature opened in U.S. theaters. 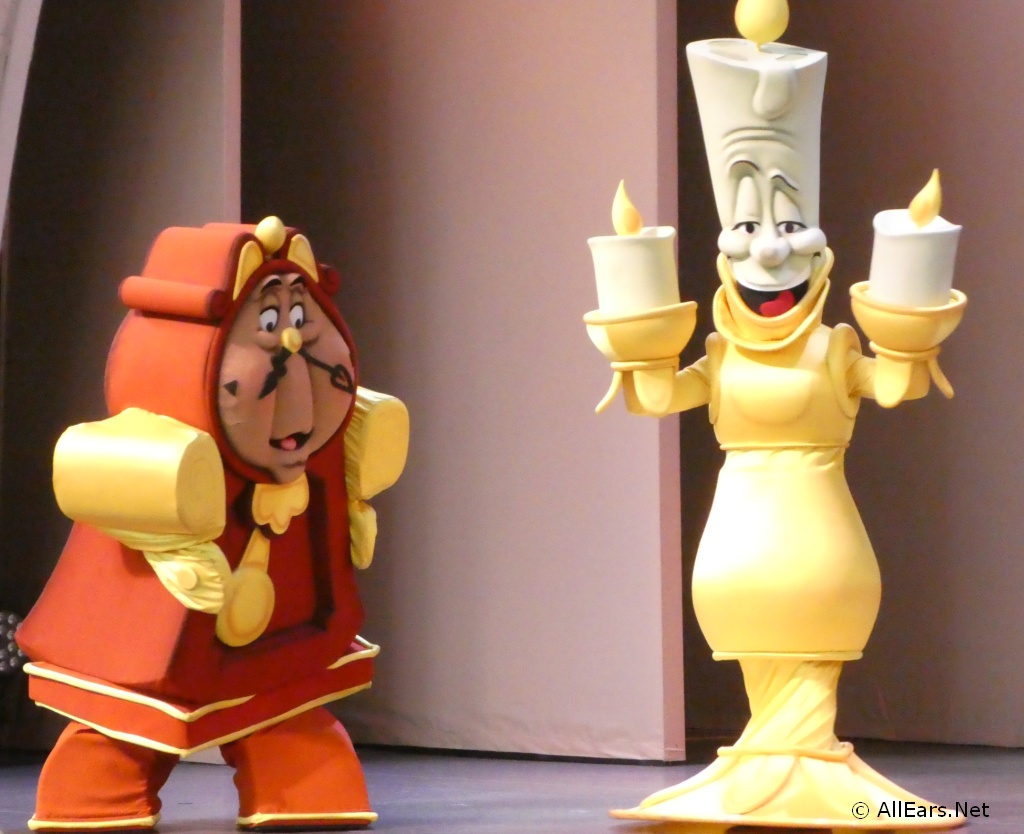