Are you going to Disney World soon? Then you’ll need to be up to date on all the latest news!

The EPCOT Food & Wine Festival is currently running, and there are extra treats around the parks for Hispanic and Latin American Heritage Month. Hurricane Ian recently passed through, but the Disney World parks and hotels have reopened and are now operating like normal. What other updates could you need before your trip? How about a full list of what’s going to be CLOSED in the parks? Check out the temporary closures in Disney World from October 2nd through the 8th.

The poor Walt Disney World Railroad is STILL closed in Disney World. Disney hasn’t yet announced when it could reopen.

It’s possible that this attraction will remain closed until construction is finished on the TRON: Lightcycle Run roller coaster. That project has interrupted the train tracks in Tomorrowland, preventing the train from running its usual route. The TRON coaster is expected to open in the spring of 2023.

Space Mountain’s gift shop — Tomorrowland Light & Power Co. — is also closed in Magic Kingdom. Guests are being directed to exit the coaster a different way rather than walking through this shop.

Disney hasn’t said when this shop will reopen.

Enchanted Tales with Belle is a character meet-and-greet mixed with an attraction in Fantasyland. It’s where you could previously interact with Belle to help her tell the story of Beauty and the Beast.

Although you can sometimes still find Belle at this spot, the full attraction has not returned yet. Disney hasn’t given any update on its reopening.

This spot is supposed to reopen “in the coming month,” so we’re watching carefully to see when it returns.

Find out why you need to get to Magic Kingdom EARLY.

Fantasmic! is going to reopen sometime in 2022, but Disney hasn’t given a specific return date yet.

They have revealed that Cast Member rehearsals have started for this show, so we’re hoping that means it will return soon!

Another stage show in this park — Voyage of the Little Mermaid — is also closed.

This one, however, doesn’t have a reopening date yet. Disney hasn’t yet confirmed that it will return.

Can we ride everything in Hollywood Studios in ONE day?

This panoramic film about the natural beauty of Canada has been replaced with…an apple crumble tart?

Currently, the theater is being used to house the Appleseed Orchard booth for the EPCOT Food & Wine Festival. We’re expecting the film attraction to return after the festival ends on November 19th.

Disney hasn’t announced when the show will reopen, but we’ll be watching for more updates.

Disney hasn’t announced yet when Blizzard Beach will reopen.

See an update on the Blizzard Beach construction here.

Those are all of the closures for Disney World this week! But before you head out the door — do you need a new outfit for your next trip? Check out this ensemble that’s PERFECT for a day at Magic Kingdom. 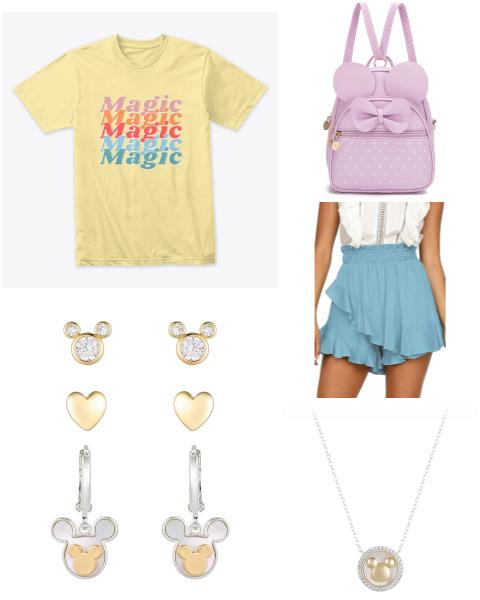 Check out a NEW Minnie Mouse collection in Disney World.

Are you visiting Disney World this fall? Let us know in the comments!