Voyage of the Little Mermaid Highlights: 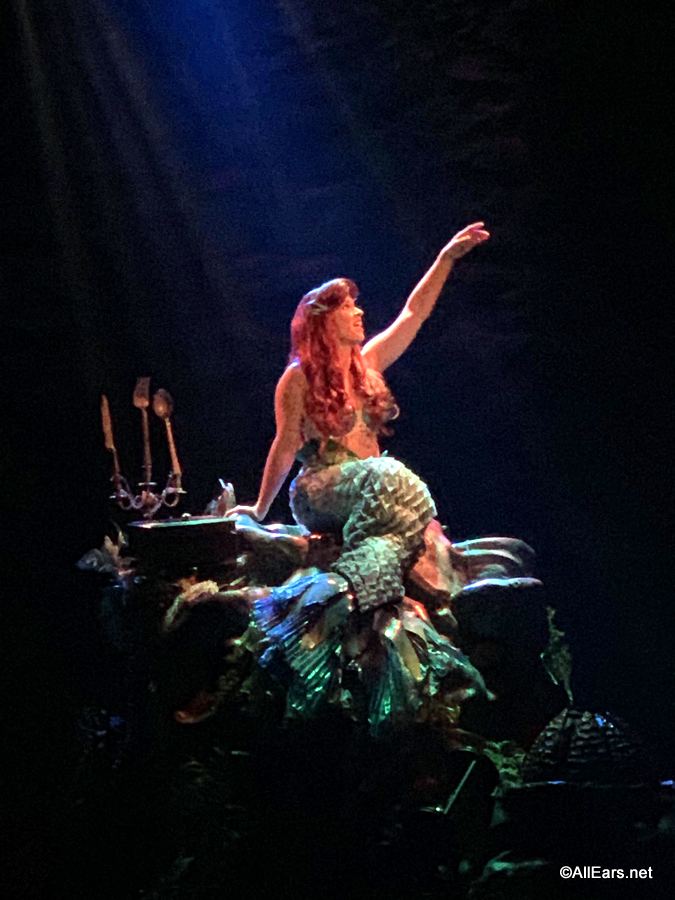 Voyage of the Little Mermaid is located in Animation Courtyard, across from Disney Junior Dance Party! 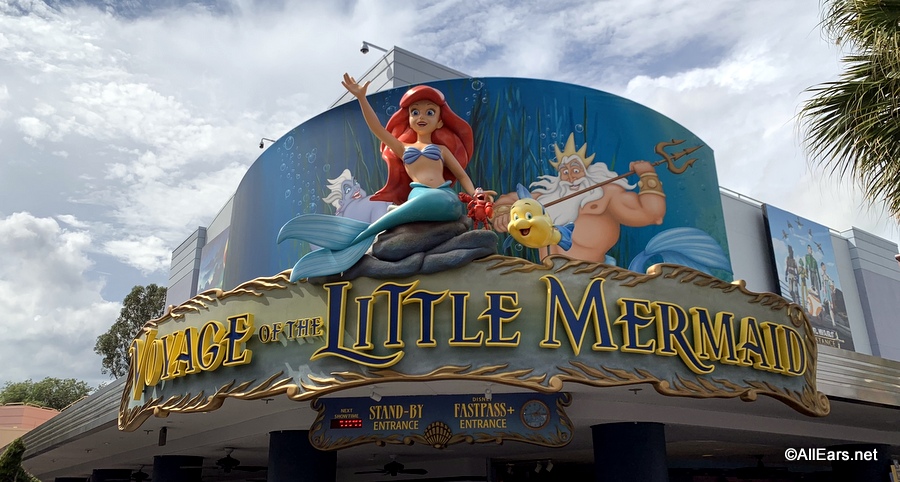 Voyage of the Little Mermaid — The nautical theme begins as you pass through a waiting room filled with undersea paraphernalia — an old diver’s suit, fishing nets, even a fake shark!

As you enter the theater, your senses are tricked into believing that you’ve been transported to a beautiful underwater world. A curtain of water showers from the stage and you’re lightly sprayed with a sea mist and gentle breeze in the murky darkness. 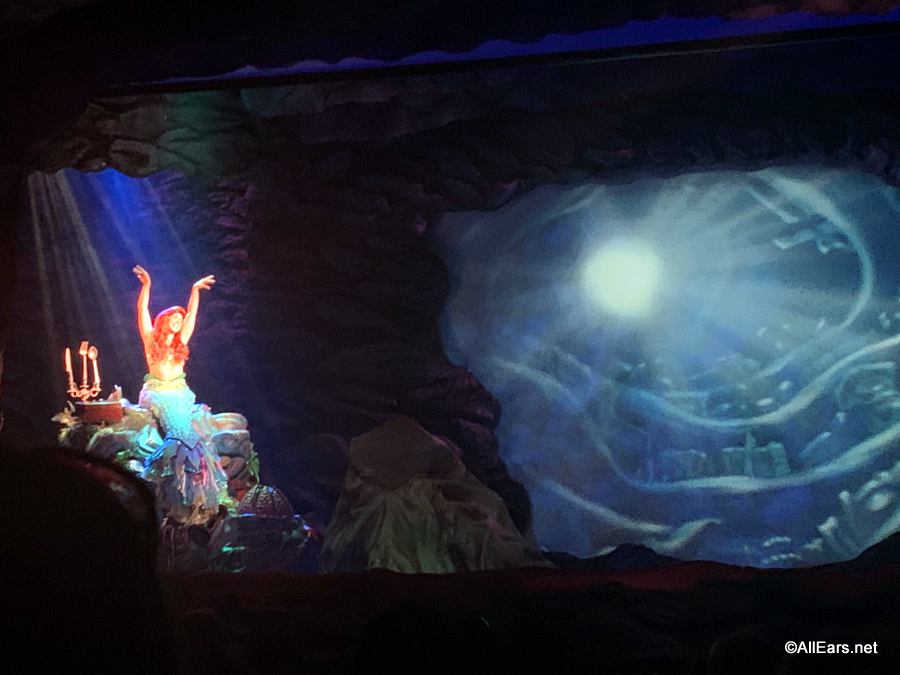 The crusty crustacean Sebastian, along with ocean friend puppets illuminated by black light, start the show with the Academy Award-winning, “Under the Sea.” You soon meet Ariel, her human love Eric, and the evil sea witch, Ursula. To move the action along, scenes from the movie are interspersed between the live performances. But you will still enjoy classic songs such as “Part of Your World” and “Poor Unfortunate Souls!” 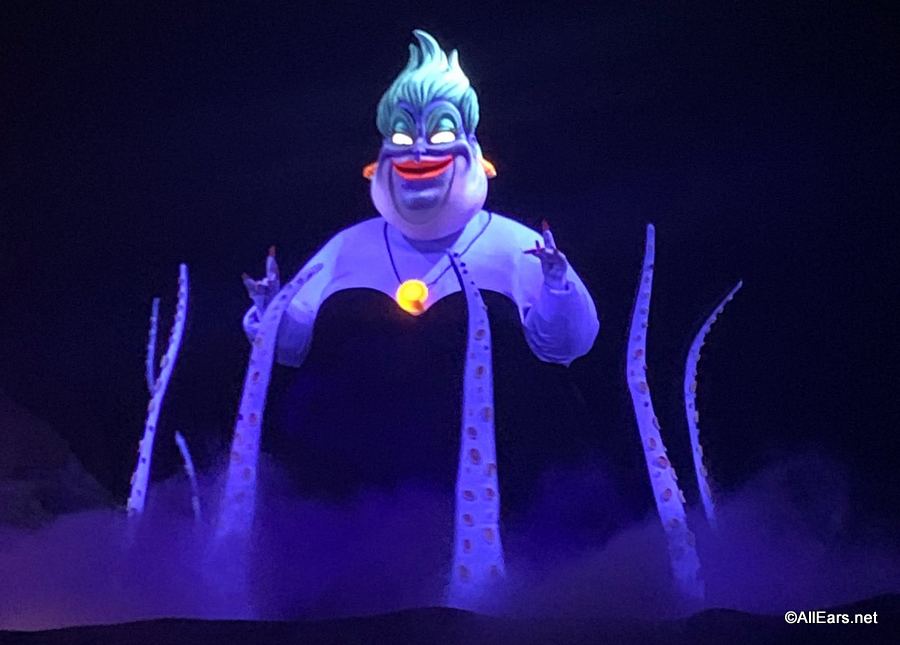 As in the original Little Mermaid, Ariel is eventually transformed into a human and sheds her glittery green flippers, only to find she has lost her gorgeous voice. The story concludes Ursula’s defeat and a Happily Ever After. 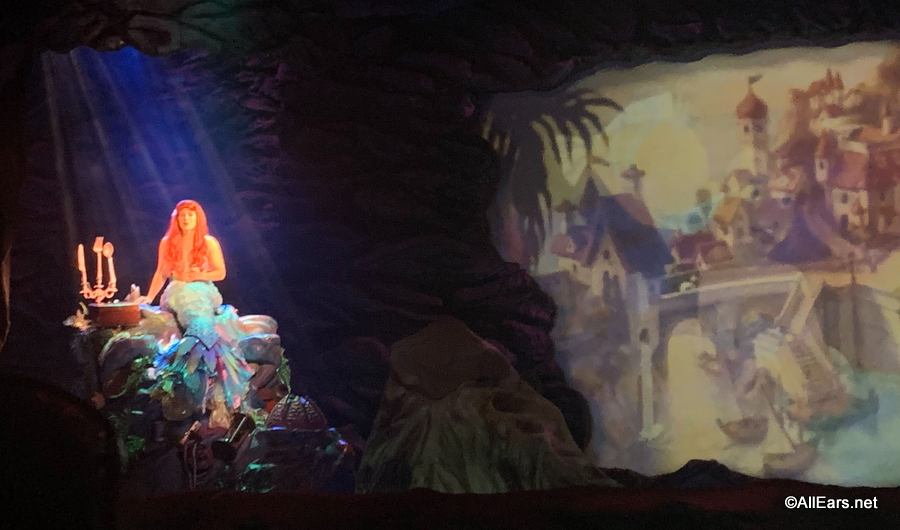 Voyage of the Little Mermaid is a FASTPASS+ attraction. It is a popular show, however if you arrive 20 minutes early, you can often get a seat to the next show.

This show is 17 minutes long. There are several shows throughout the day — make sure to check your Times Guide or My Disney Experience App.

Reflective captioning is available at this attraction.

The theater is quite dark, which may frighten some small children. Some children may find the scenes with Ursula, the Sea Witch, a bit scary or intense.

While the characters are in the show, there are no meet and greets at this attraction.

The elevated stage makes it tough for small children to see all the details in The Voyage of The Little Mermaid. Their best vantage point is from the lap of a grown-up. The middle or rear of the theater offers the best vantage point for viewing the entire stage and all the special effects.

During the first part of this show, you will be sprayed with a light mist, to create the illusion of being under the sea. This effect is particularly noticeable if you’re seated in the front of the theater.

HIDDEN MICKEY: The lasers at the start of the show form a Mickey head.

Restrooms and telephones are located around the corner from Voyage of the Little Mermaid, past the Animation Courtyard Shops. 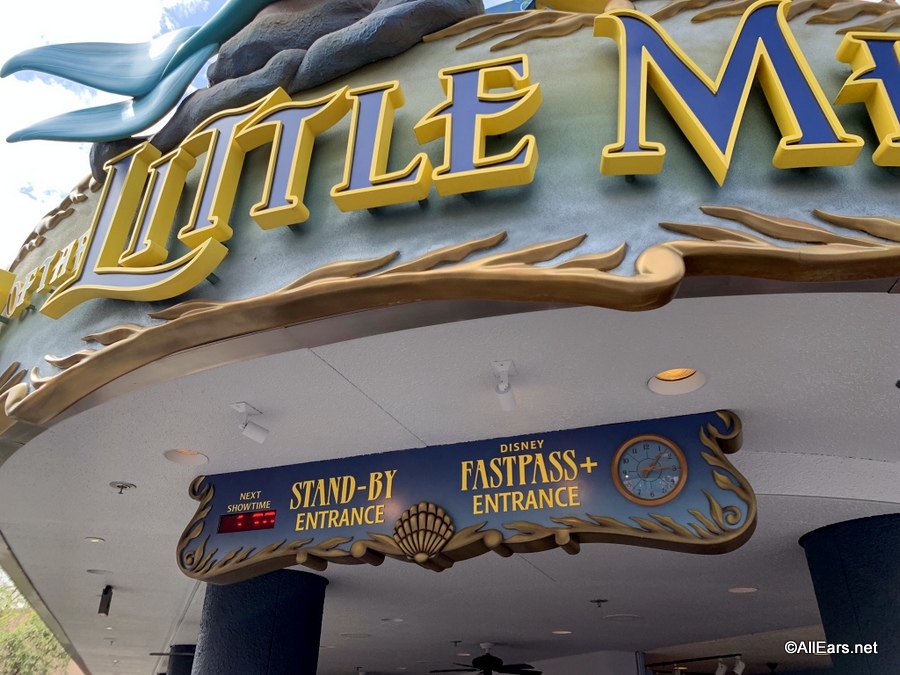 The front of the attraction has a small merchandise shop which features Little Mermaid and other classic Disney film merchandise. 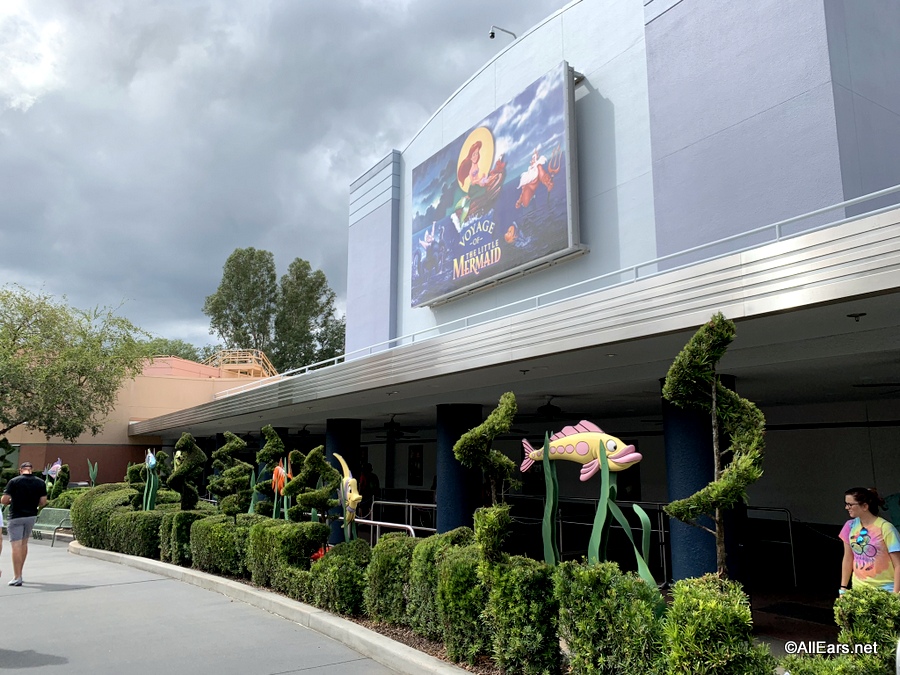 The figure of Ursula, the Sea Witch, is actually a puppet that is 12 feet tall and 10 feet wide.

During the song “Under the Sea”, more than 100 black-light puppets perform.

Voyage of the Little Mermaid features the original music from the film, created by Oscar- and Grammy Award-winning composers Alan Menken and Howard Ashman.

This show has been entertaining guests at Disney’s Hollywood Studios since January 7, 1992. 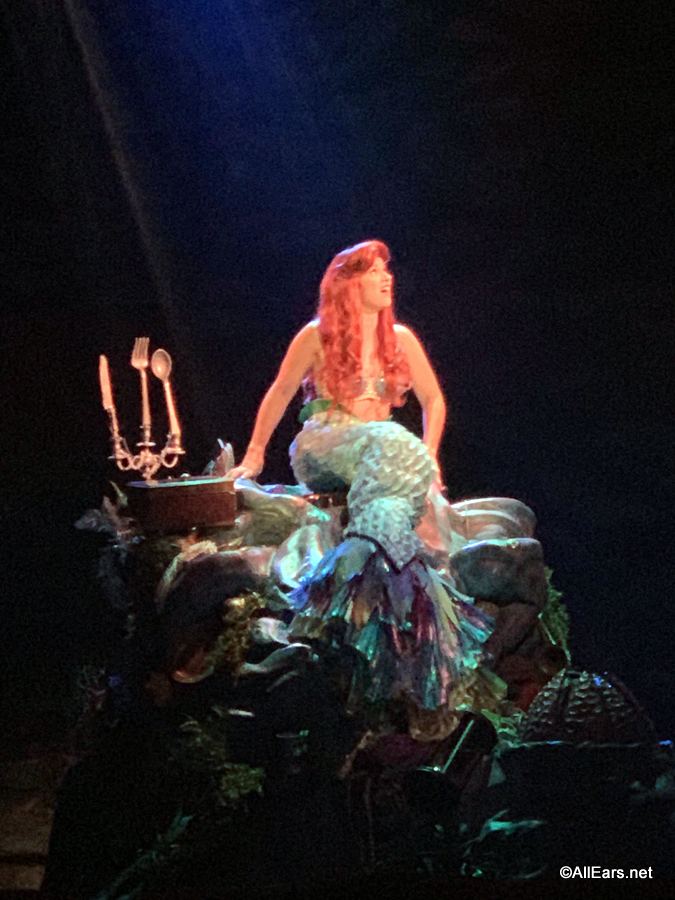