2021 is shaping up to be a busy year at Walt Disney World!

While last year was filled with quite a bit of Disney news, this year we’re getting to talk about all the NEW things coming to the parks! Needless to say, we’re pretty excited. But the only question we have for Disney is…why do we have to wait until the fall to ride Remy’s Ratatouille Adventure? Well, we have a hunch.

Remy’s Ratatouille Adventure was originally supposed to open in the summer of 2020. Due to the global health crisis, that date was pushed back and we finally learned that the ride will open on October 1st, 2021.

That doesn’t look too far off if you set your calendar to a monthly view, but a lot of Disney fans have been left wondering, why wait so long? Disney has shared some behind-the-scenes looks INSIDE the new attraction…

…and the new images that were released with the opening date announcement have people riding the ride! So, it definitely looks like the ride is very nearly complete! 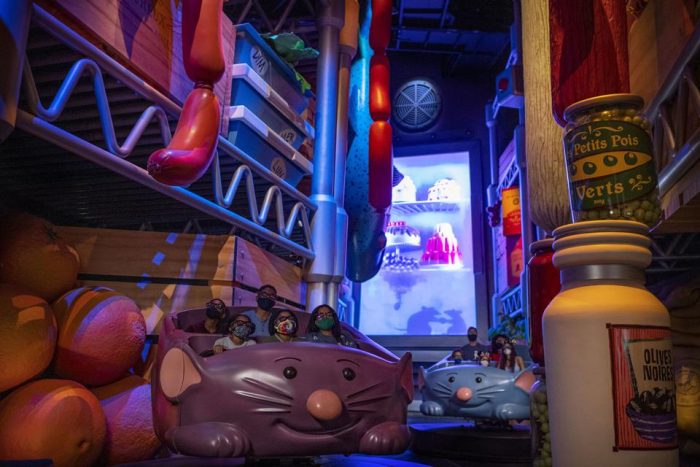 Well, it looks like only the lucky few will be able to ride until October! Let’s dive into the details here.

The last ride that opened at Disney World was Mickey and Minnie’s Runaway Railway at Disney’s Hollywood Studios back in March 2020. This was just weeks before the parks closed due to the pandemic.

Disney might be waiting for the right time to get back on the new attraction game, knowing that anything brand new draws some big crowds. With the current limited capacity in the parks, crowds have already been a given during the holiday periods. And, for a new ride, all those people will be headed in one direction.

Plus, the fun of opening up a new ride is letting everyone finally be able to experience it. If Disney is able to expand park capacity into the fall, then more people will get to ride, and getting a Park Pass Reservation for EPCOT may not be entirely impossible if you don’t plan ahead.

You Need to Plan a 2021 Walt Disney World Trip Differently — Here’s How.

There’s also the fact that Disney is lining up the opening date with the beginning of Walt Disney World’s 50th Anniversary Celebrations. Yet another reason people will be flocking to the parks.

Though the celebrations will kick off at all four parks on October 1st, Magic Kingdom is ALREADY booked to capacity for Park Pass Reservations.

By opening Remy’s Ratatouille Adventure on the same date, at least some of the crowds will be drawn to EPCOT (which is proving to be true).

Should You Visit Disney World for the 50th Anniversary?

So, it looks like we’re all going to have to put on our patience hats as we count down the days to October 1st. But, if there’s one thing that’s for sure, that is going to be one epic day at Walt Disney World!

Are you planning to visit Disney World this fall? Let us know in the comments!

2 Replies to “Why is Disney World Waiting SO Long to Open a Finished Ride?”