When it comes to Disney Parks and the weather, there are a few reliable forecasts depending on where you are. If you’re at Walt Disney World, expect rain frequently, perhaps daily, during your vacation. And whether you’re in Disney World or Disneyland, be prepared for some warm temps! 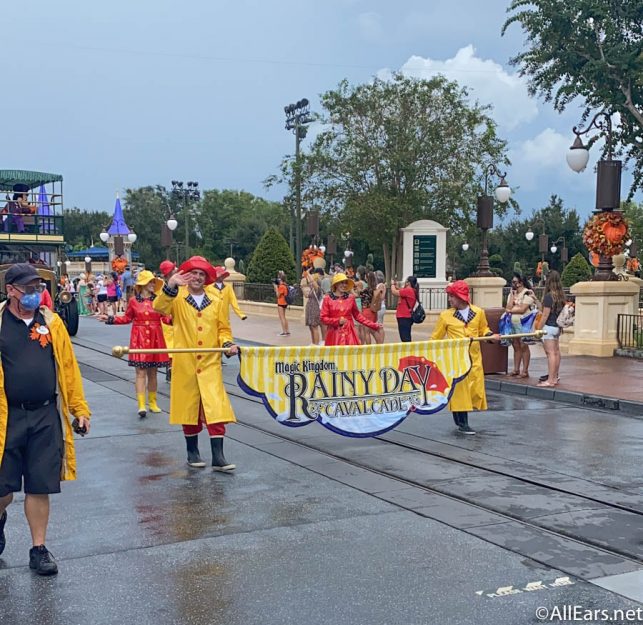 But there are other weather patterns that are not as expected and might even surprise you!

For example, have you ever wondered if it has snowed in a Disney theme park?

The answer, in a word, is YES! It has indeed snowed at a Disney park. And we aren’t just talking about the “snow” that falls throughout the holiday season on Main Street U.S.A.; we’re talking real snow that falls in actual COLD weather. Believe it or not, it can get downright frigid at the Disney theme parks during the winter months (even in the States!).

Where exactly has snow fallen?

While it’s rare in every circumstance, the park that probably has the highest likelihood to see snow fall at least once each year is Disneyland Paris.

Disneyland Paris is located in Marne-la-Vallée in France, north of Paris, which from time to time DOES see snow in the winter months. It’s not a super regular occurrence, so don’t count on seeing snow, but if you happen to visit on a snowy day, you’ll get some pretty magical photo ops!

Another Disney park that has seen a little bit of snow already in its young tenure is Shanghai Disneyland! While Shanghai can get pretty cold during the winter, snow is also a relatively rare occurrence. Even Shanghai Disneyland’s website states that “snowfall is rare,” but the odds are never zero!

Tokyo Disney Resort has also seen snow in the past, but again, in general it is very rare to see snowfall in that part of Japan.

Disney Parks Blog even shared the exciting news back in 2013 when it snowed on the resort!

This all begs the question…has it ever snowed in Disney World or Disneyland here in the states? There have been whispers that it has in fact snowed at BOTH resorts at least once in their history…but the evidence is sparse! While both of the parks are situated in climates that aren’t prone to snow whatsoever, it’s not out of the realm of possibility that temperatures can drop below freezing.

In the meantime, both parks make sure that they’re able to transform into a winter wonderland by whatever means necessary! During November and December, both Disney World and Disneyland special snow falling onto Main Street U.S.A.. You wouldn’t think a soapy mixture of fake snow is magical until you see it for yourself!

So if you’re “dreaming of a white Christmas,” your dreams can come true (to some extent) at Disney World and Disneyland! But if you’re looking for the real deal, you might have better luck hopping on a plane and flying out to Disneyland Paris! Regardless, the Disney Parks are magical and memorable in any kind of weather!

Click here to make sure you are prepared for any kind of weather next time you plan a Disney World vacation!

Have you ever seen a real snowfall in a Disney park? Let us know in the comments!

3 Replies to “Has it Ever Snowed in the Disney Parks?! Grab Your Earmuffs, and Let’s Find Out!”

Meet Your Players for the Disney World Ultimate Tournament FINALS!

PHOTOS! Disney World’s NEW Coaster is BIGGER Than You Expected!