Hey everyone — Molly here! And OHHH BABY GUESS WHAT TIME IT IS.

That’s right, we made it to INFINITY WAR. I can’t believe we’re here — it seems like just yesterday and a million years ago that I started watching the Marvel movies for the first time.

This is the first of the big ones, and I vaguely remember my friends being traumatized by it, but TBH I have no idea what is about to happen. I know I have my favorites (Iron Man, T’Challa, Falcon, Peter Parker, the Guardians…) and my not so favorites (Strange…yeah just him) when it comes to the heroes. And I know Thanos be looking for those stones, which probably won’t go over well.

Ready or not, here goes nothing.

109 Thoughts I Had Watching Avengers: Infinity War for the First Time

1. The Asgardians are under assault? So we’re starting right after Thor: Ragnarok. Literally right at that end credit scene.

2. IDRIS ELBA IS HURT. THIS IS NOT STARTING WELL.

5. OOOOH a fancy glove. Seems like he wants to put all the stones in there, yes? I assume real bad things happen if he gets them all.

8. Two Stones. This isn’t good. Also so much has happened and it’s been like 5 minutes.

11. Howdy there Doctor Strange and Wong.

13. Strange meets Stark! I feel the sass game will be strong in this one. Also, it’s gonna be a battle of the egos.

15. “Tony you lost another superbot??” LOLOL

16. Put aside your differences Tony! It’s time to reunite the Avengers!!

18. SPIDER-MAN!!!!! This review is just gonna be shouting each time someone shows up, sorry.

20. “Please get lost Squidward.” OH MAN TONY IS GOOD THIS ONE.

22. COME ON BRUCE!! Get angry!! (This is like the opposite of Harry Potter trying to cast a Patronus and trying to think of happy stuff.)

23. “He’s here from space to try and steal a necklace from a wizard.” Tony Stark sounds like me trying to explain these movies.

24. Doctor Strange’s cape continues to be the real hero.

25. It warms my soul that Spider-Man calls Iron-man “Mr. Stark.” He is a most precious angel that needs to be protected at all costs.

27. Good jams and space, that can only mean one thing: The Guardians are here BABY.

28. TEENAGE GROOT!!! Not as cute as Baby Groot by far, but very funny.

30. This whole interaction is so good. Battle of the Chris-es has begun.

31. “He may be on the team, I dunno I haven’t been there in a while.” I love how Kevin Bacon keeps making appearances.

32. “I bid you farewell and good luck, morons.” – Thor, also me when I say goodbye to my friends

33. I still am not super into this romance with the Scarlet Witch + Vision romance. He’s a robot, right? Whatever, still better than Thor and Jane.

34. Just now realizing that Vision is the hilarious Chaucer in A Knight’s Tale.

36. CAPTAIN AMERICA IS IN DA BUILDING.

40. I’m sorry, I realize he’s SUPER scary, but Thanos still looks like Grimace from McDonald’s to me. 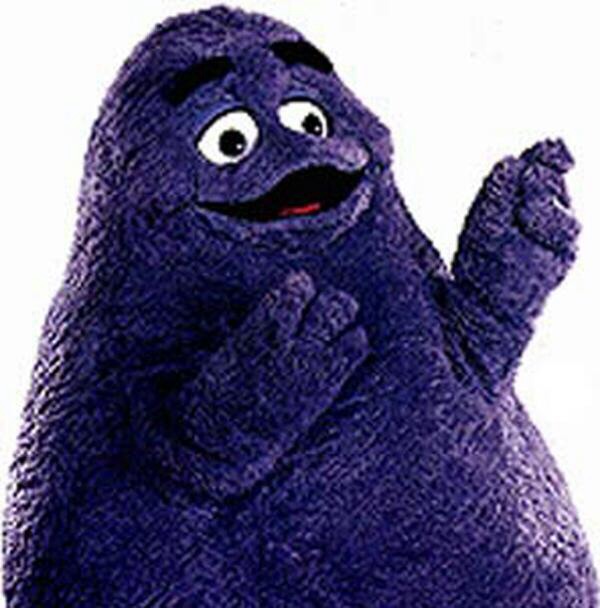 41. Well this Gamora flashback is traumatizing.

42. LOL @ Drax just watching them. HE IS THE BEST COMEDIC RELIEF. I am crying laughing watching him be “invisible to the eye.”

43. Gamora stabbing Thanos with the knife he gave her when he destroyed her people:

44. Benecio del Toro is giving me major Moira Rose in the Crowening vibes.

45. OMG STAR-LORD TOOK MY GRIMACE JOKE. (Editor’s note: Can confirm. She did make it in the Avengers 2 review.)

46. I have a feeling that Thanos having Gamora is very very bad.

49. OMG can we PLEASE put the Bruce/Natasha romance to bed?! I guess they are ok and all, but the night night sundown hand thing was dumb.

50. “There’s an Ant-Man and a Spider-Man?!” – Bruce, also me prior to watching these movies when people talked about Marvel around me

61. OK GUYS STOP FIGHTING AND GET ALONG.

64. It appears a Dementor is ruling the planet of Volmir?

66. Wow the CGI effects of Red Voldemort have really improved since Captain America.

67. OH NO. NOT GAMORA. Her shouting no as he pulled her is too much.

69. SHURI!!! Love that her first line is to school the boys.

70. “Get this man a shield.” LET’S GOOOOOOOO HOT BEARDED MEN AND KICKBUTT LADIES!!!!

74. “What the hell?” – Bucky, also me seeing these nightmare space monkey dog things

75. WAKANDA FOREVER. *actual chills* Also, I shouted it back at my TV.

77. Ladies and gentlemen, THOR has entered the chat.

78. I am very nervous that Thanos is with several characters I love. And Dr. Strange.

86. My anxiety is through the ROOF with what’s happening on Titan.

90. Also, where the heck is Nick Fury?! Just realized he’s like, the only person we haven’t seen. Well…him and Robin Sparkles. And Hawkeye. And Ant-man.

91. Granted Ant-Man could be there and I just can’t see him.

92. Thanos is really just destroying them all huh?

94. I have to assume Thanos’ theme song is now Cher’s “If I Could Turn Back Time.”

96. I would be thrilled Thor just did this but Thanos can reverse time and alter reality so….

97. When he snaps half the universe is supposed to die right? Oh no…

106. Robin and Nick. Before I would shout because I’d be excited to see them, but I’ve lost the will to live.

109. I think he sent the page to Captain Marvel but nothing matters anymore.

I haven’t cried that hard in a film in a long, long time. I now understand why all of my friends were in a depressed haze for much of 2018. I cannot believe how many they took out, and it’s not lost on me that it’s mostly the originals left. Many of my favorites are gone — Okoye’s face when T’Challa went, Bucky saying “Steve?”, Rocket reaching for Groot all hurt me. And then Peter Parker ripped out what was left of my soul and stepped on it.

As much as it hurt though, it was SO GOOD. I was hooked from beginning to end. It was witty and the action was awesome. I loved having the entire gang working together, and I don’t know how, but I hope some of them come back.

Also, he didn’t die in the snap, but I refuse to believe Loki is gone as well.

I cannot wait to see what happens — and I cannot believe all of you waited a year to find out. Good for you, that probably built a lot of character.

Next up: Ant-Man and the Wasp

Want More of My Marvel Reviews?

10 Replies to ““Peter Parker Has Ripped Out My Heart” — 109 Thoughts I Had Watching ‘Avengers: Infinity War’ for the First Time”

Since Opening in 1998, Animal Kingdom Has Seen Some Wild Changes