We had some massive and shocking news stories, several health and safety changes, and a variety of new offerings. We also got the chance to celebrate Walt Disney World’s 50th Anniversary with new entertainment, a new ride, and several new restaurants. But…we also had some really unexpected things happen in 2021, and today we’re sharing our top 10 list!

Alright, let’s start things off with one of the biggies — Disney Genie+! Discontinuing FastPass+ and introducing a new paid system (including a free planning component, Disney Genie) was one of the big ways that Disney World shocked us this year. And on top of that, Disney surprised us by announcing that some rides wouldn’t be included in the cost of Genie+ — you’ll have to pay extra if you want to use the Lightning Lane for the most popular rides, the Individual Attraction Selections.

As we closed out the year, we thought we were nearly done with the unexpected madness in Disney World…but we were proved wrong! On December 14th, there was a small fire in Magic Kingdom, causing a frenzy both in the park and online. We saw videos of fire trucks driving down Main Street, U.S.A. and guests were evacuated from Cinderella’s Royal Table. It was totally bizarre!

One of the hottest topics of conversation this year was the fact that Disney World turned its holiday parties into After Hours events. The parties started later, in addition to getting shorter and more expensive. On top of that, some of the entertainment offerings didn’t return for the Boo Bash. However, Very Merriest After Hours seemed to be a much better “bang for your buck” and you couldn’t beat the low crowds at either event!

One thing that you may have forgotten about in 2021 because it was a little under-the-radar? The changes to Jungle Cruise! The ride got some major updates, swapping out a few of the old scenes and adding in a cohesive storyline. Some of those animatronics were pretty old, so we were glad to see this classic get the TLC it deserved.

And speaking of changes, let’s talk about some of Disney World’s new hotel rooms. This year saw not one, but TWO major room refurbishments at Disney’s Polynesian Village Resort and Disney’s Contemporary Resort. The Polynesian got a Moana-themed makeover, and the Contemporary rooms got some “super” updates themed to The Incredibles. Now, both hotels are looking fresher than before!

Happily Ever After Ending

And in the shock of the century, we NEED to discuss Happily Ever After. The show returned in July of 2021 to massive excitement from fans, only for it to end its run a few months later. When it was announced that Disney Enchantment would be a permanent replacement and that Happily Ever After wouldn’t be coming back, fans of the show were pretty upset.

Annual passes have been on a wild ride in 2021, having been unavailable for purchase for most of the year. Then, when they were announced to return, Disney World completely changed the system, swapping out the tiers, the benefits, and increasing the prices. But the sales didn’t last too long — most AP sales were paused for the holiday season and haven’t yet resumed.

At the beginning of 2021, Disney World discontinued the free MagicBand perk for resort hotel guests. and later on, it was lost for annual passholders as well. Now, even those particular groups of guests will have to purchase them, although there is a discount. Thankfully, Disney surprised us a few months later and introduced MagicMobile, which allows your phone to perform all the same features as your MagicBand. And it’s right there in your pocket!

The End of Magical Express

Way back in January of last year, Disney announced that they’d be discontinuing the free Magical Express service that transports guests from the airport to their resort hotel. It ended with the start of 2022, and now guests will need to arrange their own transportation to Disney World. There are a few different options, but you’ll definitely want to do some research ahead of time.

And finally, we want to discuss our favorite, most unexpected event of all of 2021…PLANT DONALD. For those of you who don’t remember, the Donald Duck animatronic was replaced with a potted plant in a sombrero temporarily. It was weird and unexpected and incredibly delightful, and we’ll never forget it. Donald Duck returned to the ride a short while later, but there was an entire saga dedicated to those changes.

Those are some of the most unexpected things that happened at Disney World last year! Stay tuned to AllEars for more news and updates from the park, along with all the advice for your next trip!

8 Disney World Price Increases to Plan for in 2022 — Click Here!

What did you find the most unexpected about Disney World in 2021? Tell us in the comments! 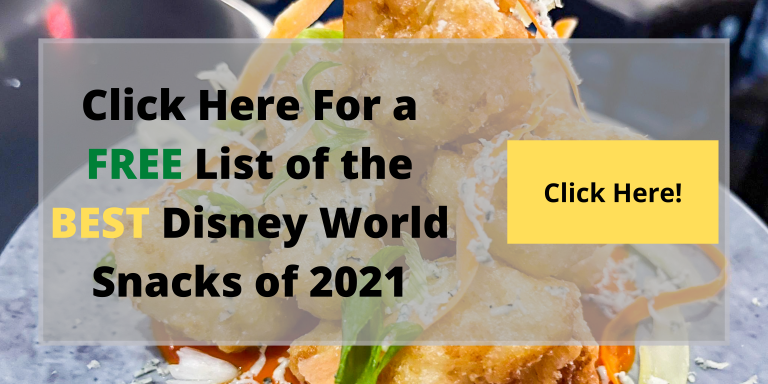