For the First Time in Forever: A Frozen Sing-Along Celebration Disney’s Hollywood Studios

For the First Time in Forever: A Frozen Sing-Along Highlights: 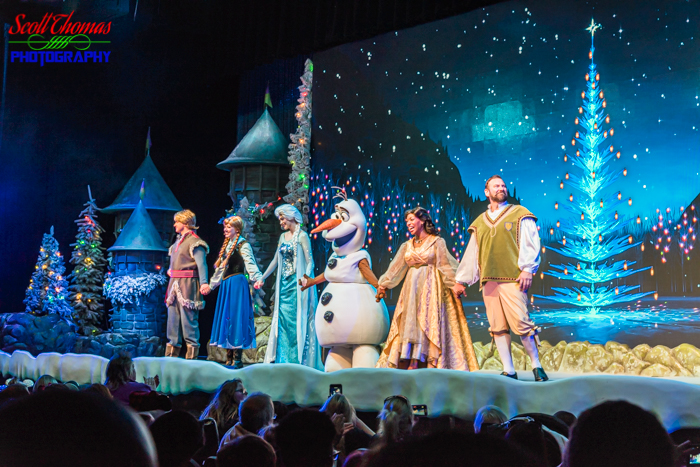 Join Anna, Elsa, Kristoff and the newly appointed Royal Historians of Arendelle in the Hyperion Theater, for a sing-along featuring the best-loved songs from the Disney film, Frozen.

The Hyperion Theater is located in Echo Lake, to the left of the Chinese Theater. 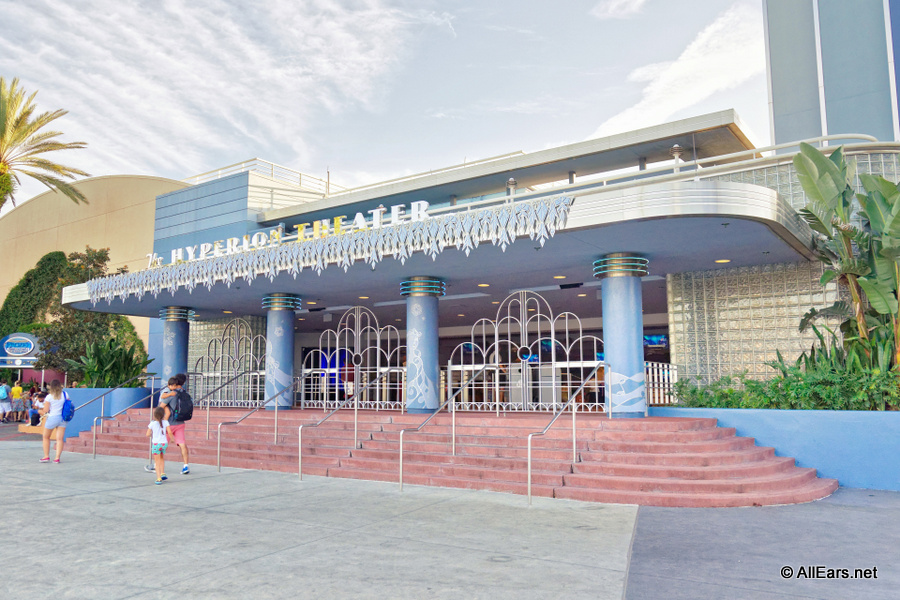 This show opens with Princess Anna from the film Frozen looking for her sister Queen Elsa. 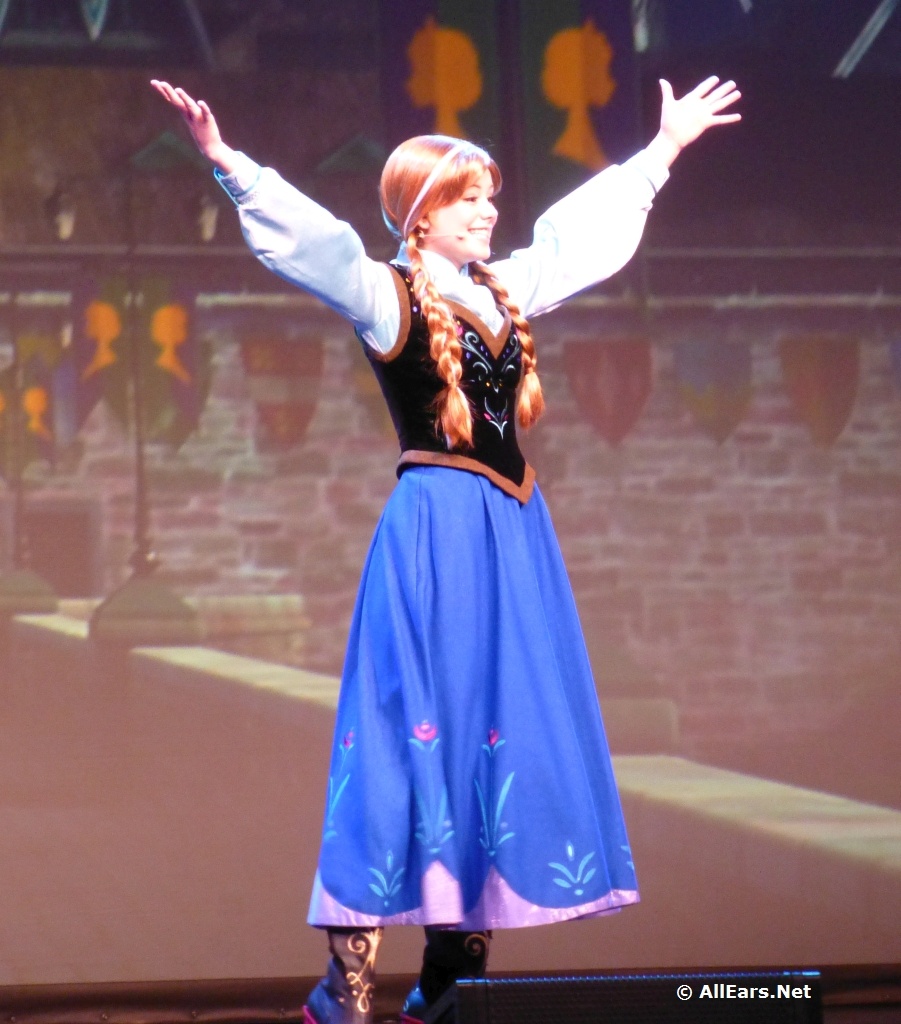 She introduces the audience to the Royal Historians of Arendelle, who comedically re-tell the story of the film assisted by animated clips that are subtitled with song lyrics so that everyone can sing along. 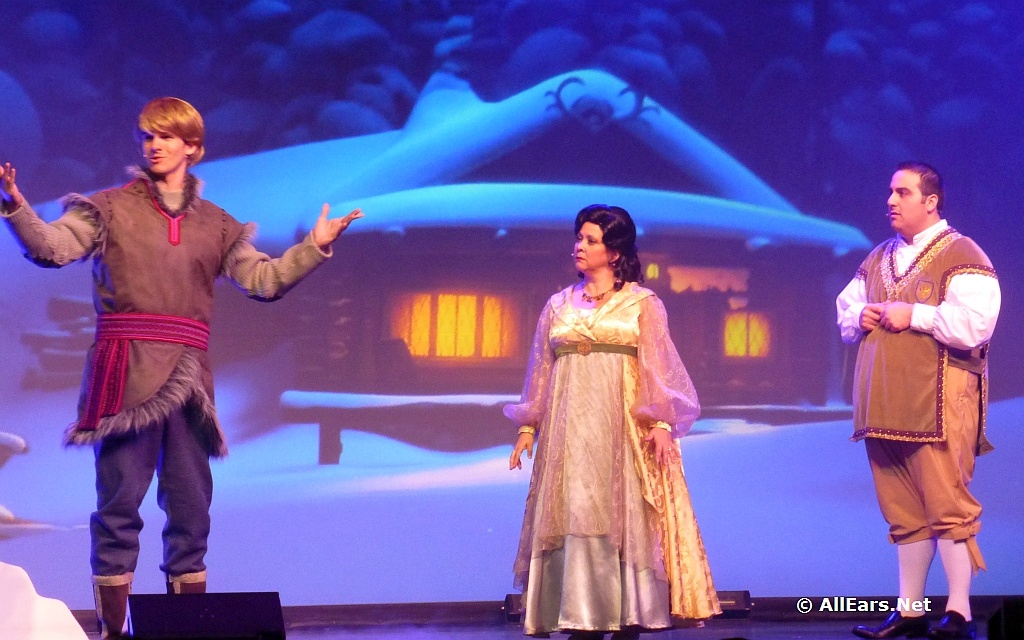 Eventually the Historians are joined on stage by Anna, Kristoff and Queen Elsa herself. The show concludes with an encore of the film’s most famous song, “Let It Go,” accompanied by special lighting effects and an unexpected “snowfall.” 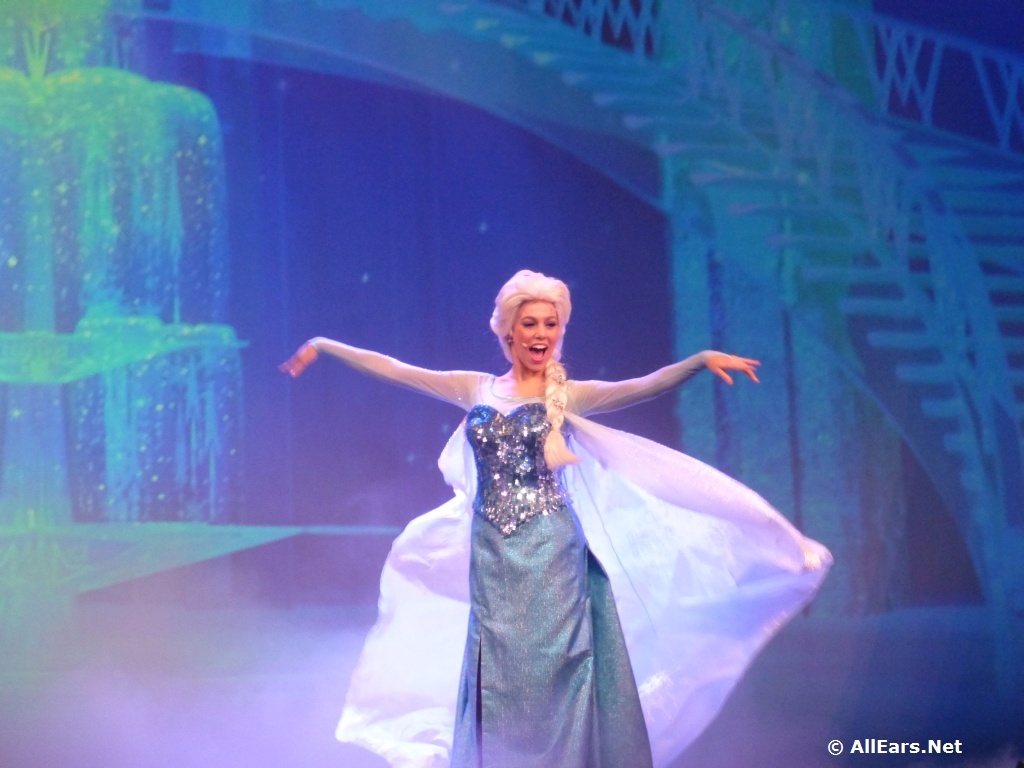 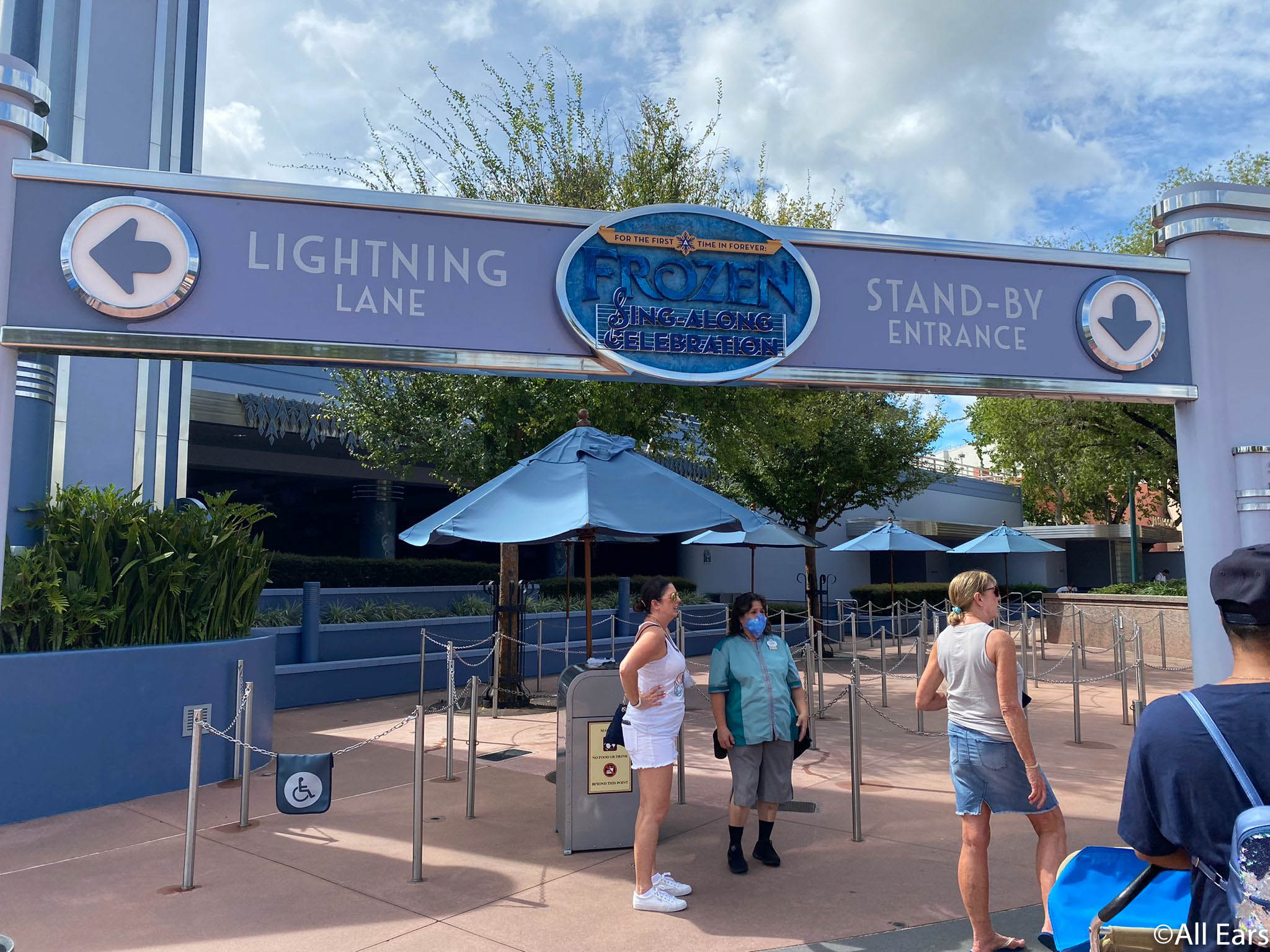 Lightning Lane access for For the First Time in Forever is available with the purchase of Genie+. However, you can usually get a seat if you arrive 15-20 minutes early.

The show lasts about 30 minutes. It is presented almost hourly — check the Times Guide or My Disney Experience App for show times.

Accessibility:  Guests using wheelchairs will be seated in a special area in the rear of the theater, but may remain in wheelchair/ECV.  Video Captioning, Handheld Captioning and Assistive Listening are all available.

Warning: There are NO meet and greet opportunities at this show.

The nearest restrooms are located at the rear corner of the Hyperion Theater, at the start of Commissary Lane. 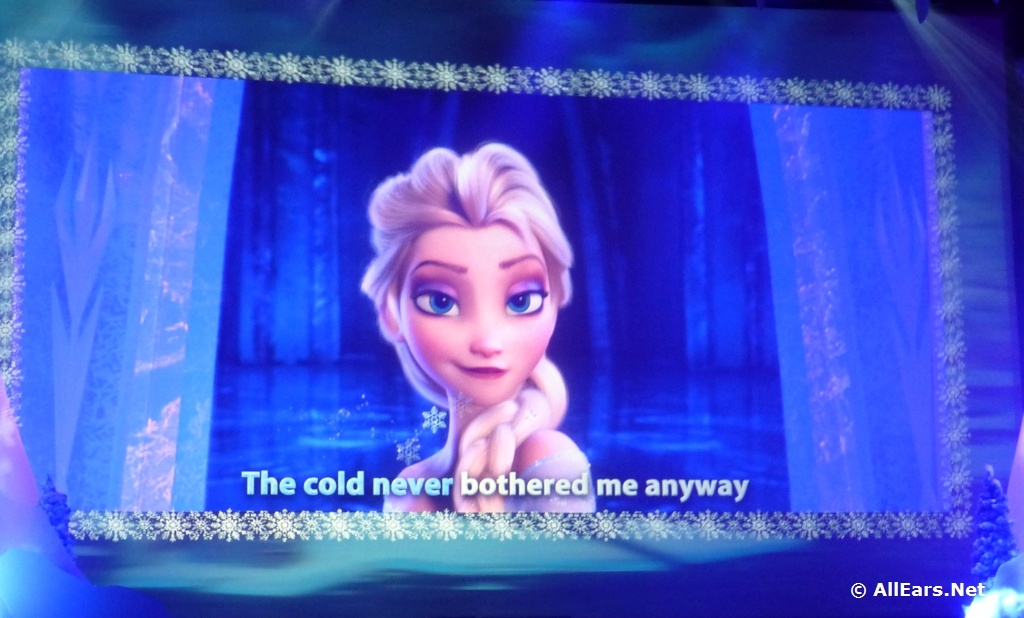 There is no opportunity to meet characters at this attraction. You can meet Olaf the Snowman at his nearby meet-and-greet. 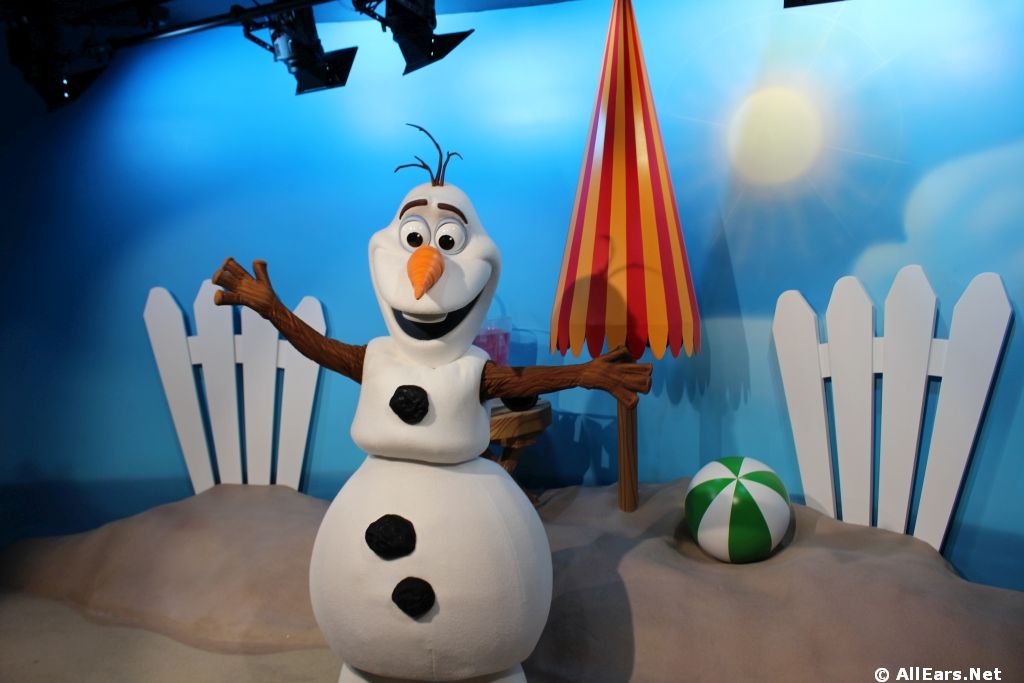 You will find all sorts of Frozen merchandise in the shop Frozen Fractals located near the entrance to the theater. 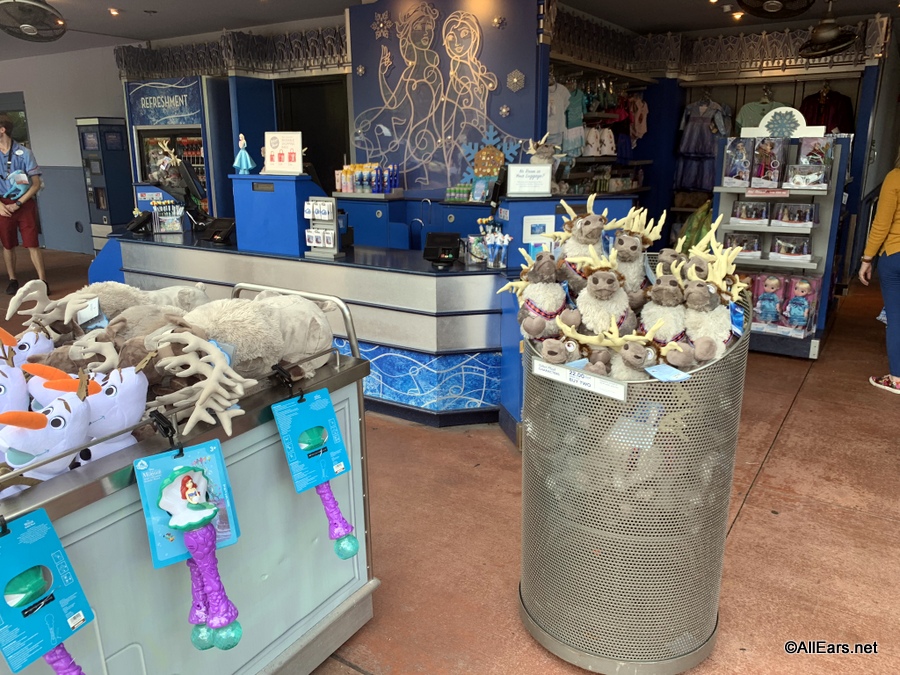 The For the First Time in Forever Sing-along originally started in the Studios during the Frozen Summer Fun event, on July 5, 2014.

For the First Time in Forever moved into the Hyperion Theater (formerly Superstar Television Theater) in June 2015 for the special “Frozen Summer Fun” event.

In the winter, they often do a Holiday version of this show with Olaf and songs from the “Olaf’s Frozen Adventure.” 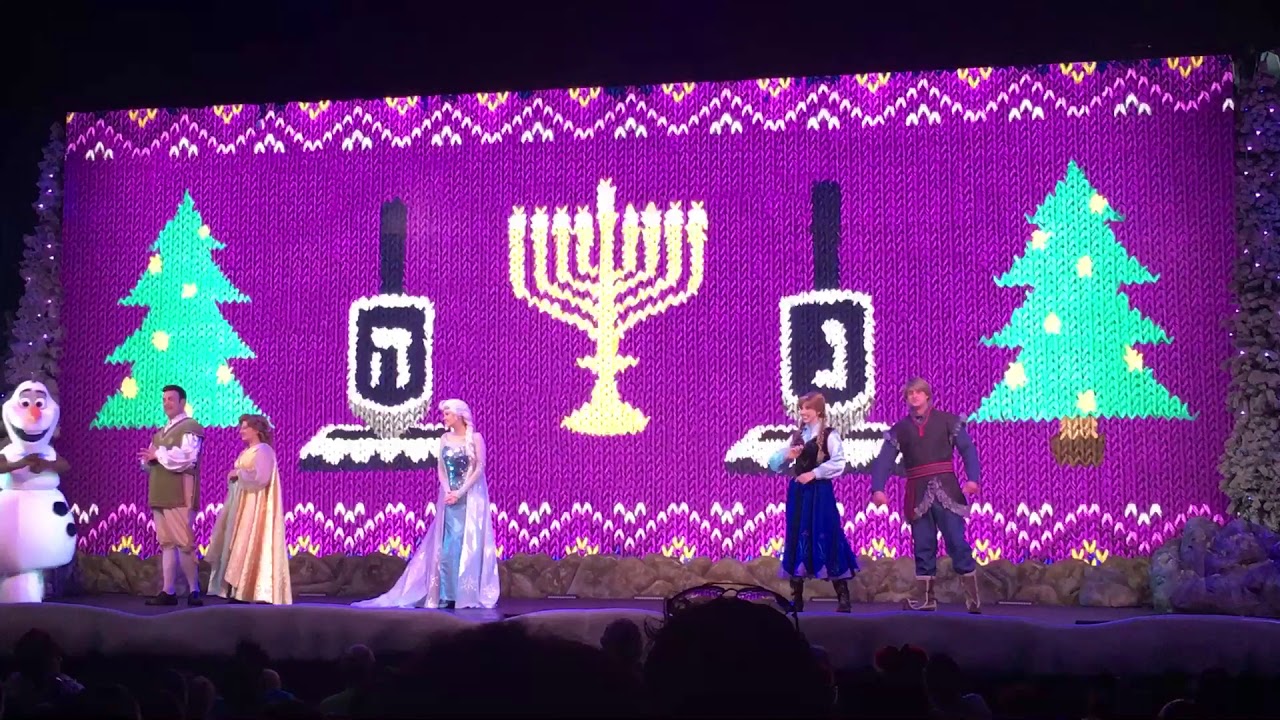