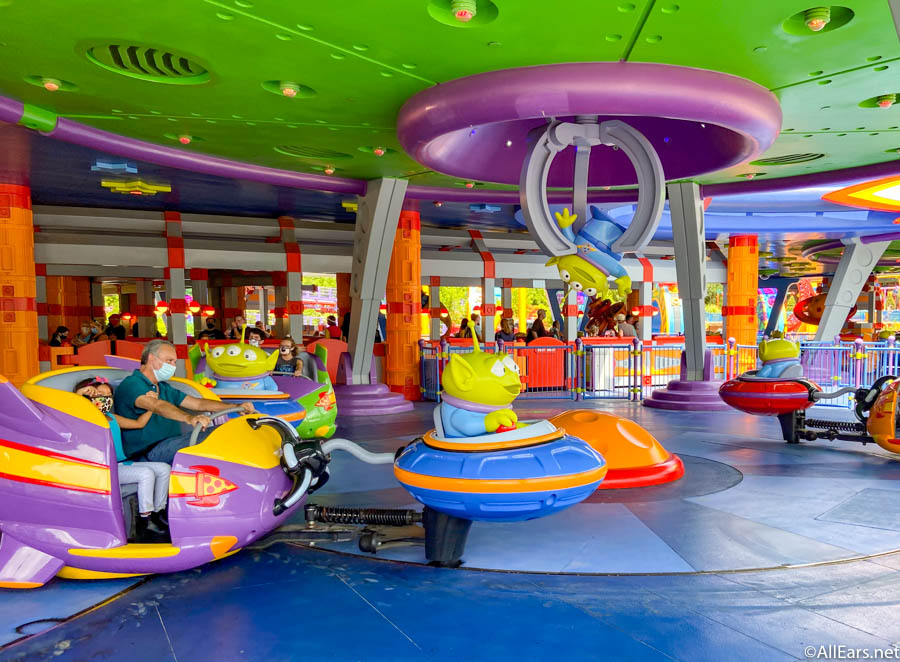 Located in Andy’s Backyard, Alien Swirling Saucers takes you on a fun spin with the Pizza Planet Aliens!

Alien Swirling Saucers is located in Toy Story Land, across from the restrooms and Woody’s Lunchbox. Alien Swirling Saucers is designed as a toy playset that Andy got from Pizza Planet, inspired by the first Toy Story film. Aliens are flying around in their toy flying saucers and trying to capture your rocket toy vehicle with “The Claw.” 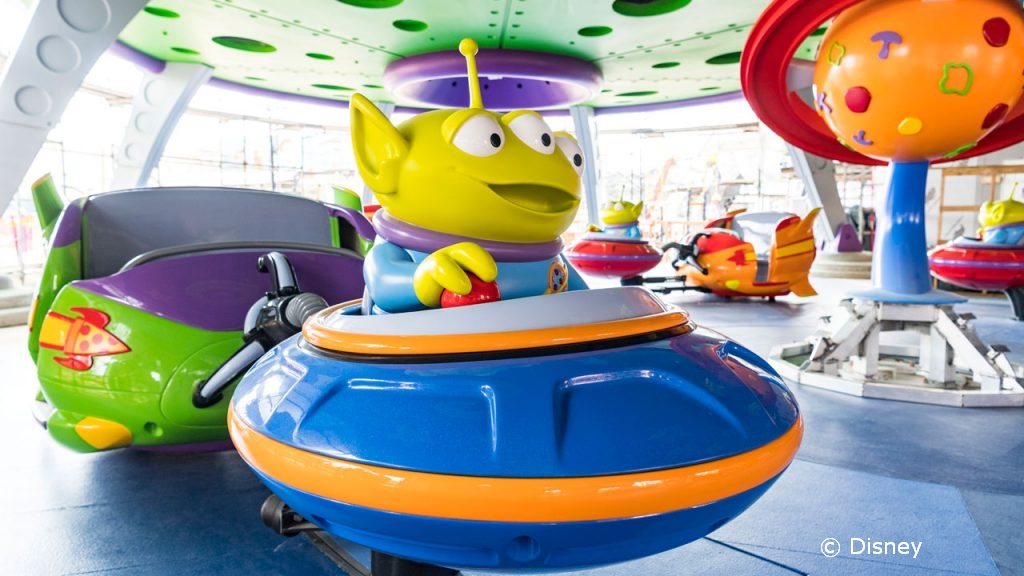 You’ll load into the back portion of an Alien-driven vehicle, and take a spin on the turn tables. Much like a trailer or waterski, when the front part turns, the back part whips around in a fun, giggle-inducing attraction. 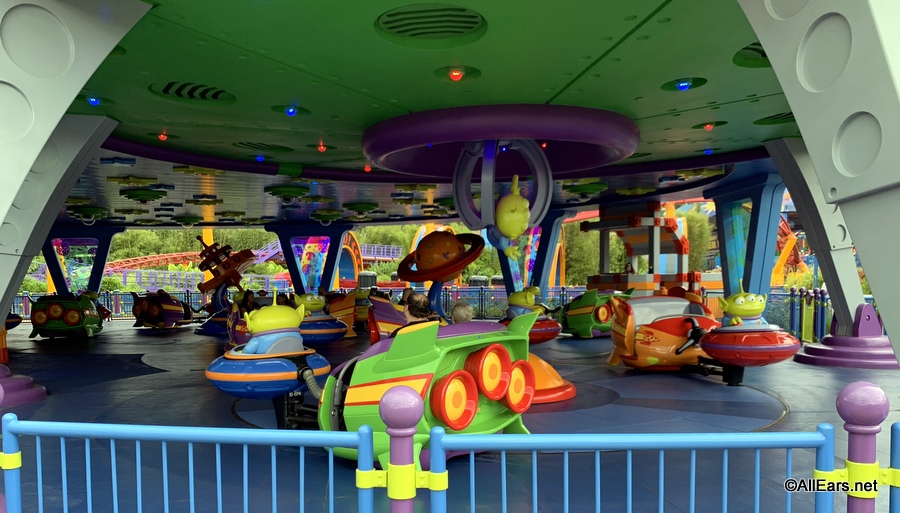 As you rotate around the toy planets and satellites as part of the game, you’ll swirl to the beat of fun, electronic “Space Jazz” music developed just for this experience. You will also see pizza details throughout the attraction, including pizza columns, a pizza space station and the Planet Pepperonia. The music, the lighting, and the sound effects will add to the flurry of your adventure while “The Claw” looms ominously over you.

There are two sides (“playsets”) to this attraction, and each has 11 vehicles that can hold two or three guests. Lightning Lane access for Alien Swirling Saucers is available with the purchase of Genie+. Even though it’s part of Toy Story Land, the standby line isn’t typically as long as the other attractions in the area. The average wait is 30 – 60 minutes.

Alien Swirling Saucers has a height restriction of 32 inches or 81 cm.

Before or after riding Alien Swirling Saucers, you may want to pose for a photo with a giant Buzz Lightyear action figure standing more than 14 feet tall on top of toy building blocks near the entrance to his Star Command Space Station Playset. 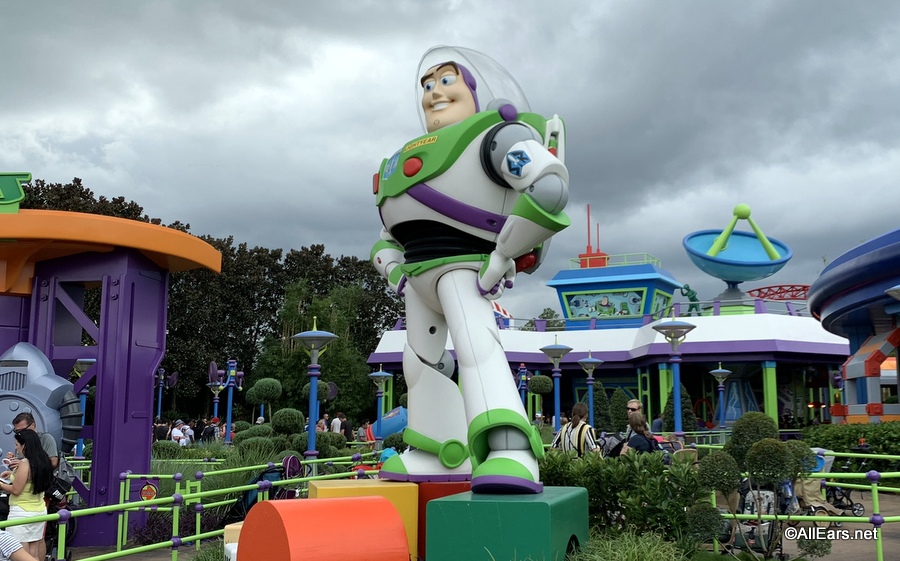 There is also a photo op with a stationary, photo-ready green Alien in its colorful saucer just outside the attraction.

The nearest restrooms are located directly across from the entrance of Alien Swirling Saucers.

Those in ECV/wheelchairs must transfer out to the ride vehicle. 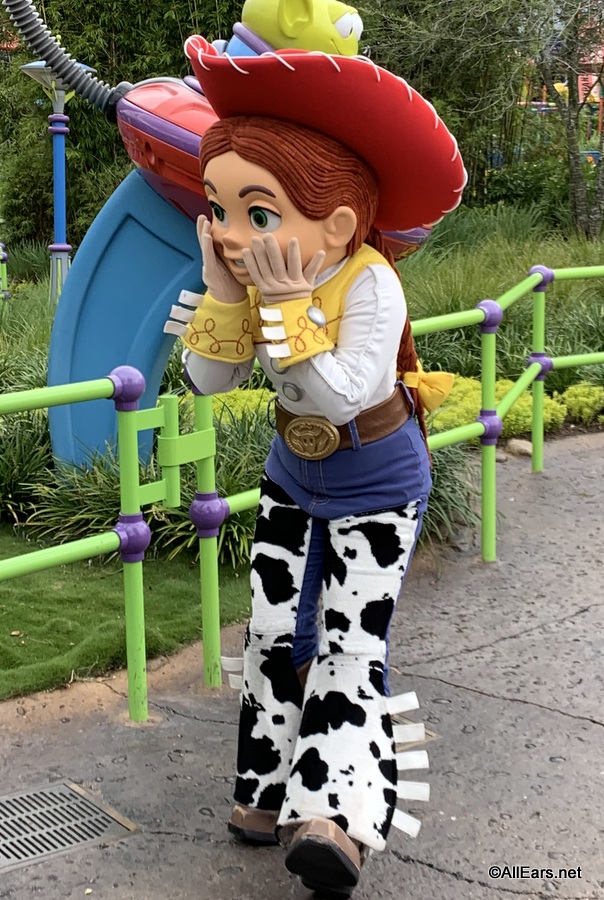 You will also find lots of Disney Characters at a variety of Meet and Greet locations throughout the Studios. Check your Guide Map for times and locations. 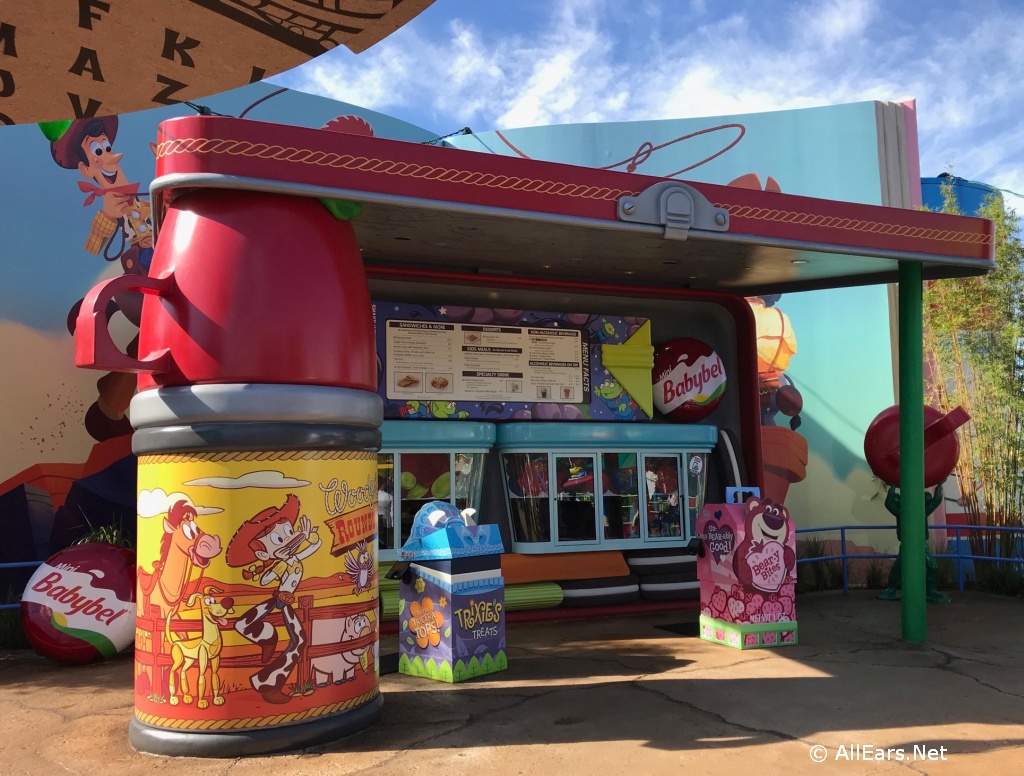 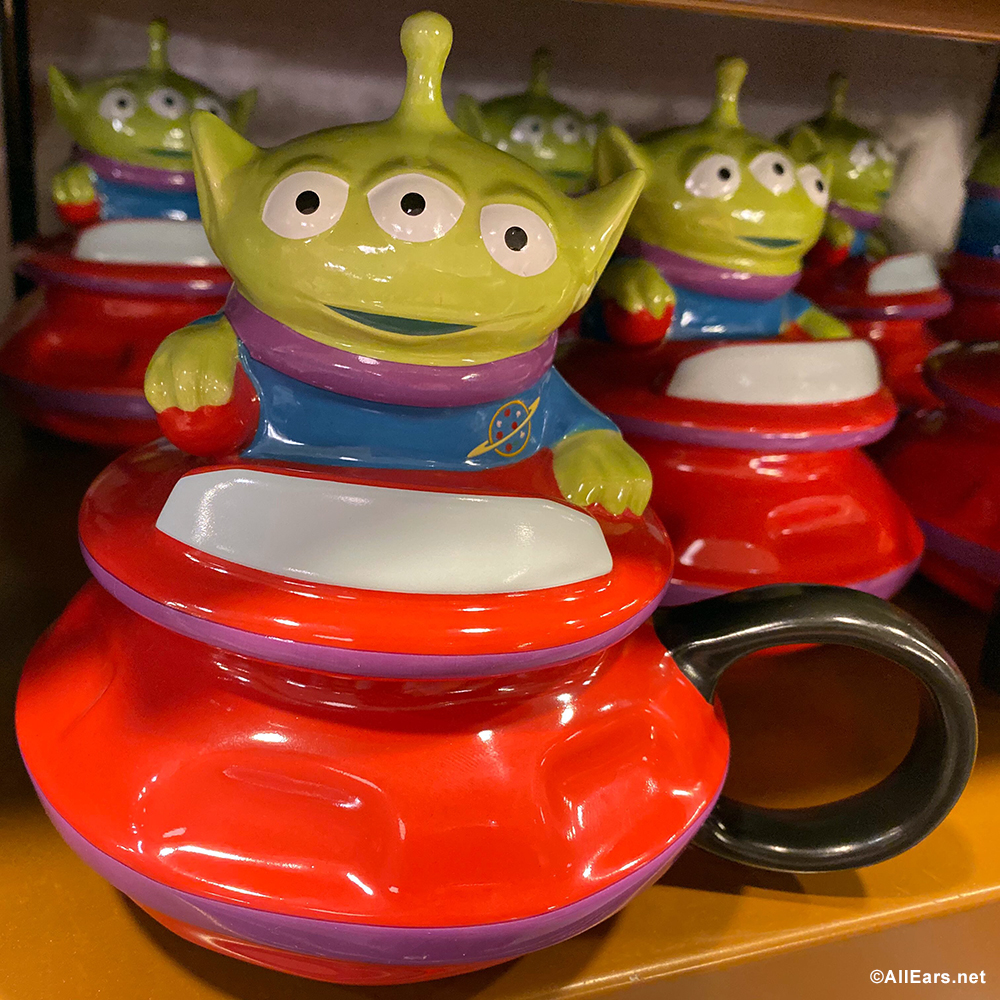 There is a hidden Mickey in the queue on the Space Map.

At the holidays, they play synchronized Christmas music in the attraction. 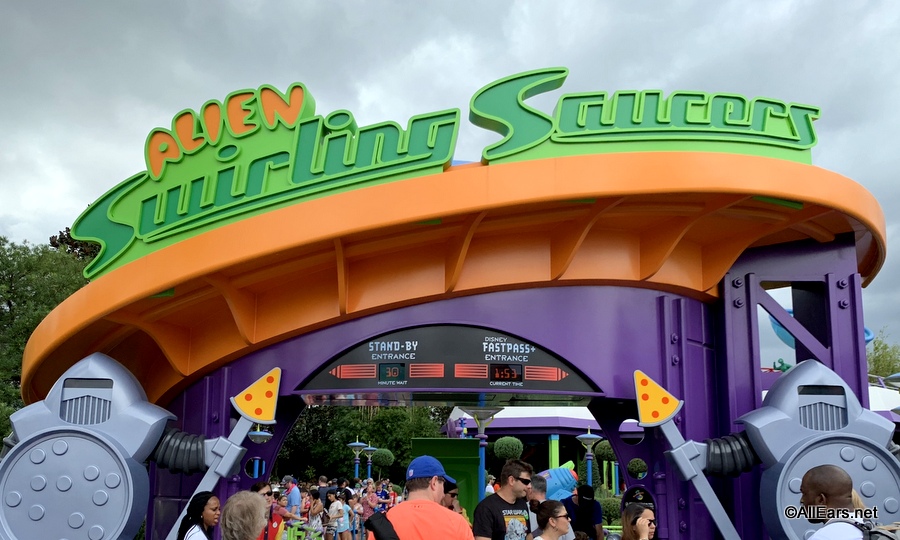