For over two decades, The Osborne Family Spectacle of Dancing Lights was a beloved part of the holidays at Walt Disney World… until it was discontinued. The display, housed at Disney’s Hollywood Studios (originally Disney/MGM Studios) theme park, is still mourned by die hard fans to this day. However there’s more to the Osbourne Lights than their controversial closure. In fact, the story of how they got to Walt Disney World in the first place is a fascinating tale featuring lawsuits and a Supreme Court case.

The story of the Osborne Lights begins in 1986, when successful Arkansas businessman Jennings Osborne was asked by his then young daughter Allison (nicknamed Breezy) to decorate the family’s Little Rock home for Christmas. Never one to go about things lightly, Osborne (and wife Mitzy) decked out their home in over 1,000 Christmas lights.

Over the next seven years, the Osborne’s display became increasingly ornate, detailed… and, in-turn, popular. By 1993, the home drew news crews and visitors by the thousands to view the classic lights, as well as features including a giant illuminated globe and a 70-foot tall Christmas tree. However, not everyone was happy with Jennings.

In the early 1990s, several of Osborne’s neighbors became unhappy with large crowds and heavy amounts of traffic Osborne’s lights brought to the area. In 1993 (when Osborne’s lights were lit from sundown to midnight 35 days of the holiday season) six neighbors banded together and took Osborne to court. In a move that could be considered to be, at best, arrogant and at worst, purposely poking the bear, Osborne responded to the suit by stringing an extra 1,000 lights. The good times didn’t last though, and by the next year the country court ordered Osborn to only have the display active for 15 days, and only from 7PM to 10:30PM. 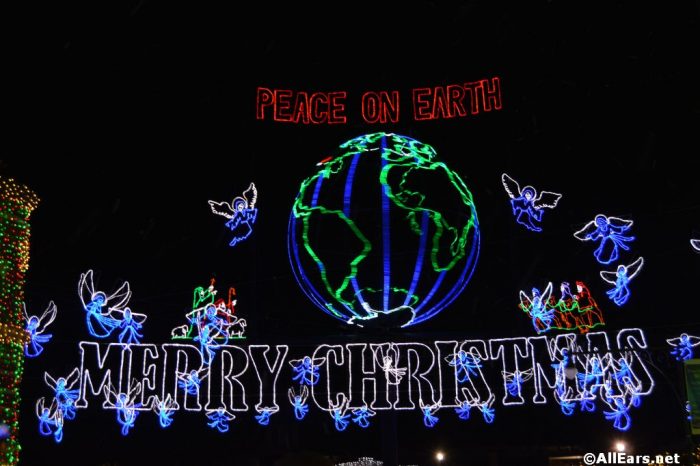 Just when it looked like the Osborne’s version of Christmas would be cancelled permanently, the Walt Disney Company stepped in. Walt Disney World Project Director John Phelan heard about the use through media coverage and decided to contact Osborne about potentially moving the display to the resort. After a bit of convincing – and allegedly an explanation that MGM Studios’ Residential Street area was part of the park, and not an actual residential street in Orlando – the family agreed to donate their display to Disney. Initially christened The Osborne Family Festival of Lights, the display debuted at MGM Studios for the 1995 holiday season and was an immediate smash.

The lights quickly became a mainstay of the park during the holidays, and quickly began to evolve. Over the years, Disney added more and more lights, eventually topping out at over 5 million lights (and dozens of Hidden Mickeys). In 2004, the Osborne Lights were moved from Residential Street (which was then torn down to make room for the Lights! Motors! Action! Extreme Stunt Show theater) to the park’s Streets of America. 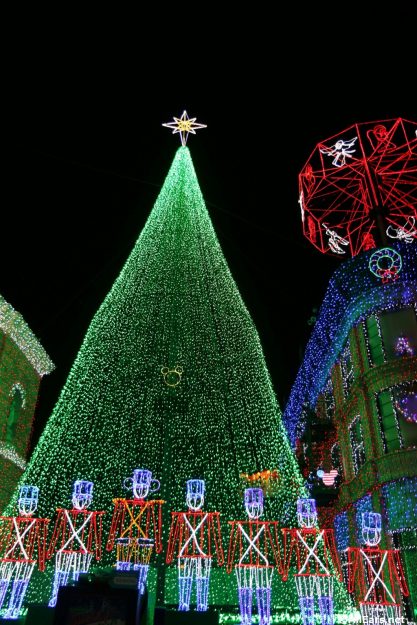 In 2006, the display was rechristened The Osborne Family Spectacle of Dancing Lights, thanks to the addition of 1,500 dimmer switches that allowed the lights to “dance” to various Christmas and holiday songs, including “Christmas Eve (Sarajevo 12-24)” by Trans-Siberian Orchestra, and ”Feliz Navidad” by José Feliciano. The show saw a final massive tech upgrade in 2011, when the traditional lights were all replaced by LEDs.

While his lights became a holiday institution at Walt Disney World, Jennings Osborne continued to irritate his neighbors back home in Arkansas. According to Arkansas Online, in the early 2000s, Jennings installed 100,000 lights that formed “an American flag and spelled out “God Bless America and George W. Bush.” Despite several instances of vandalism, the display stayed up until 2008. Osborne himself passed away in 2011. 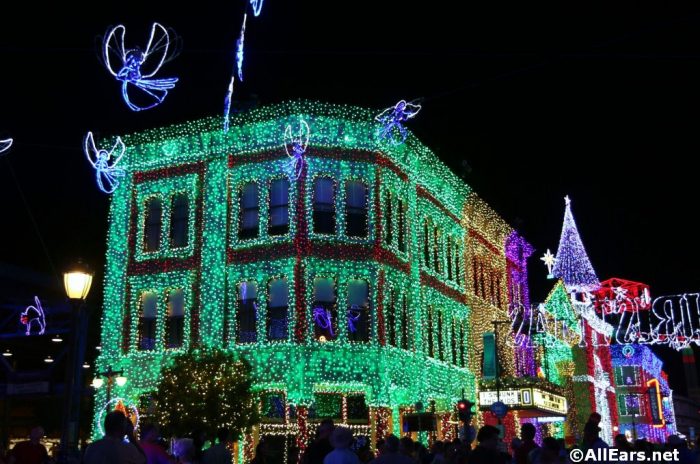 In September 2015, Disney announced that the upcoming holiday season would be the final one for the Osborne lights, as the entire Streets of America section of Hollywood Studios was set to be removed as part of the preparation for  the land that eventually became Star Wars: Galaxy’s Edge. 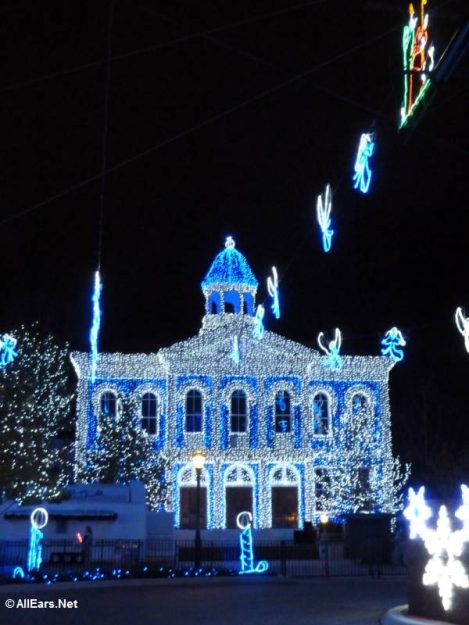 Many fans were mortified at the decision and pushed Disney to either change their plans or find a new spot on property for the Osborne Lights. However, these calls fell on deaf ears, as the Lights gave their final WDW performance on January 3, 2016. Appropriately, their final “dance” was set to the “Mickey Mouse Club Alma Mater” song. 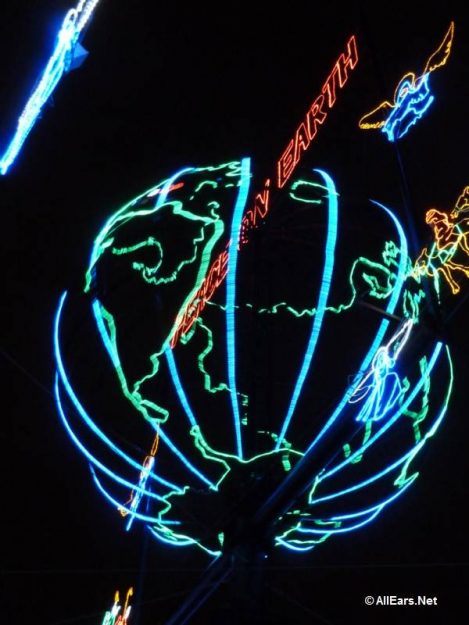 While the Osborne Lights are no longer featured at Walt Disney World, they are arguably doing more good for the world in their current location. Following the end of their run, Disney donated  vast majority of the lights to the Give Kids the World Village charity complex. They’re currently used for the group’s ”Night of a Million Lights” event, and used to raise money for the village to continue its mission of hosting wishes and their guests.

The Osborne Family Spectacle of Lights evolved from a request from a young girl to her father to decorate for Christmas to a beloved Walt Disney World institution, only to become a casualty of theme park progress. 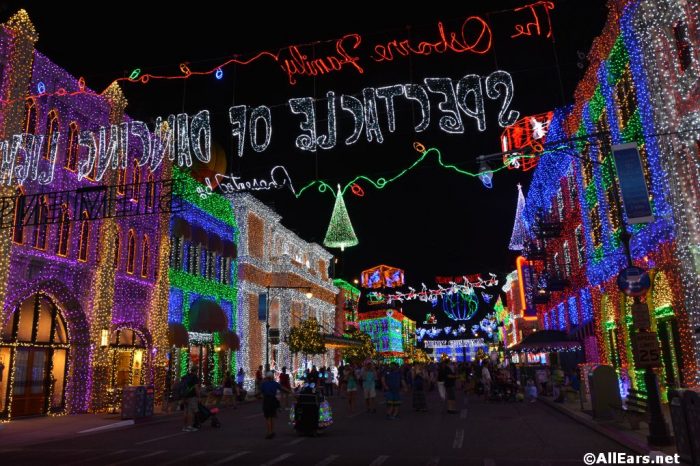 Do you wish the Osborne Lights were still featured on Disney property, or are you content knowing they’re currently used by a worthwhile charity? Let us know in the comments below.

Dive into more Disney history at the links below!