Located in Liberty Square in the Magic Kingdom, the Hall of Presidents is an original Disney World attraction, first conceived of by Walt Disney himself. He dreamt of seeing every president come to life before your eyes. The attraction is derived from “Great Moments With Mr. Lincoln,” which premiered at the New York World’s Fair in 1964. 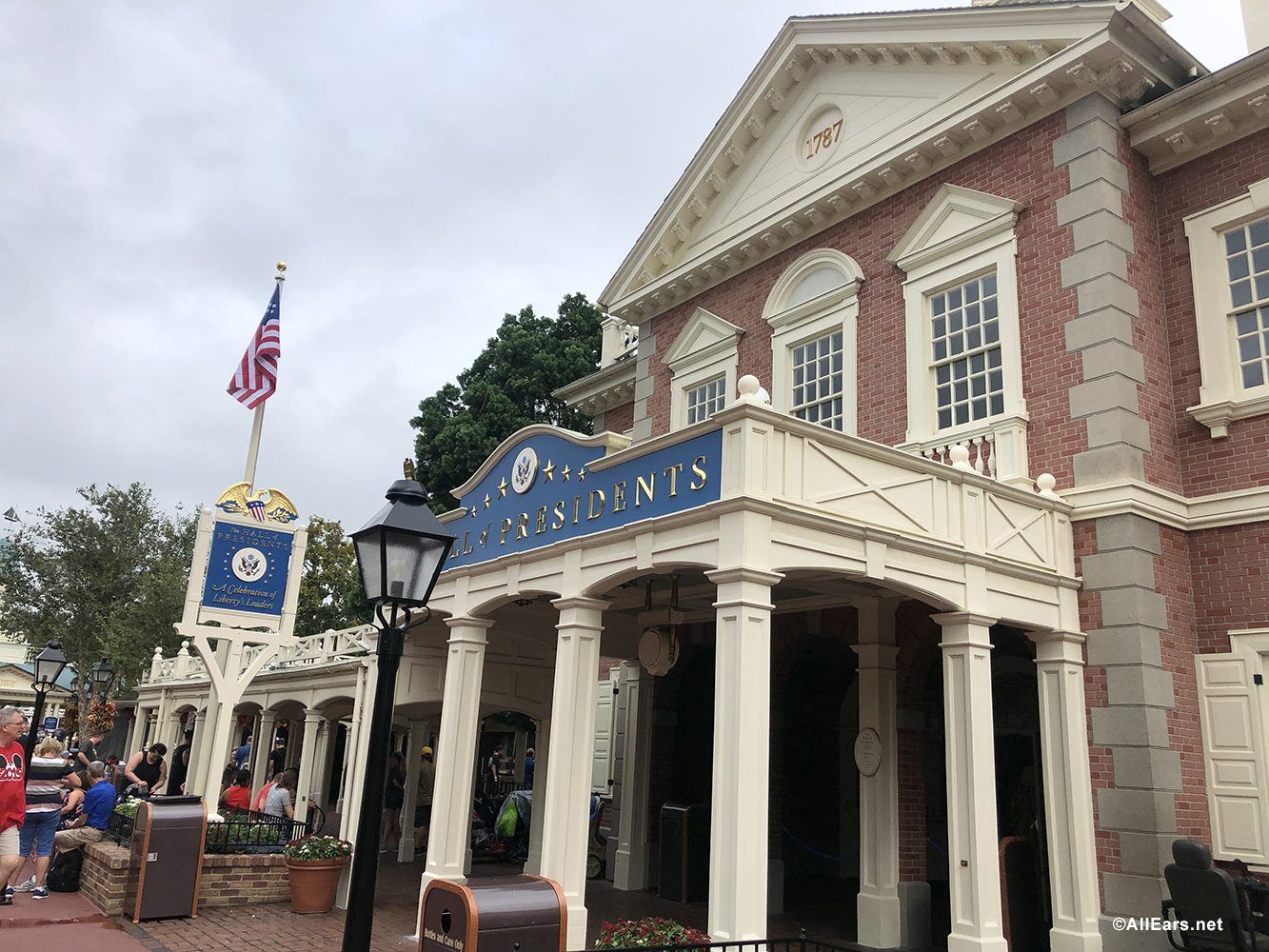 The lobby of this beautiful theater is filled with portraits of the presidents, as well as authentic artifacts dating back to the 1700s. Look at items such First Ladies’ Dresses, presidential china, and a bust of Abraham Lincoln that was cast from one of Lincoln’s actual masks. 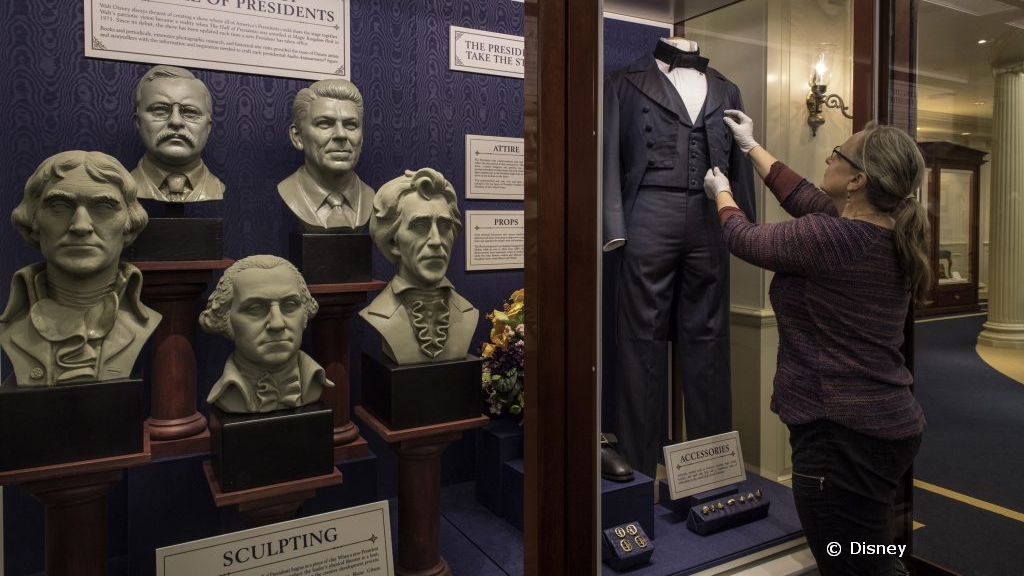 When it’s show time, you a  700-seat theater and first view a patriotic film in which specially produced paintings are projected onto a screen that stretches about halfway round the theater (180 degrees). The film covers much United States history, focusing on the origins of the Constitution and the presidency. 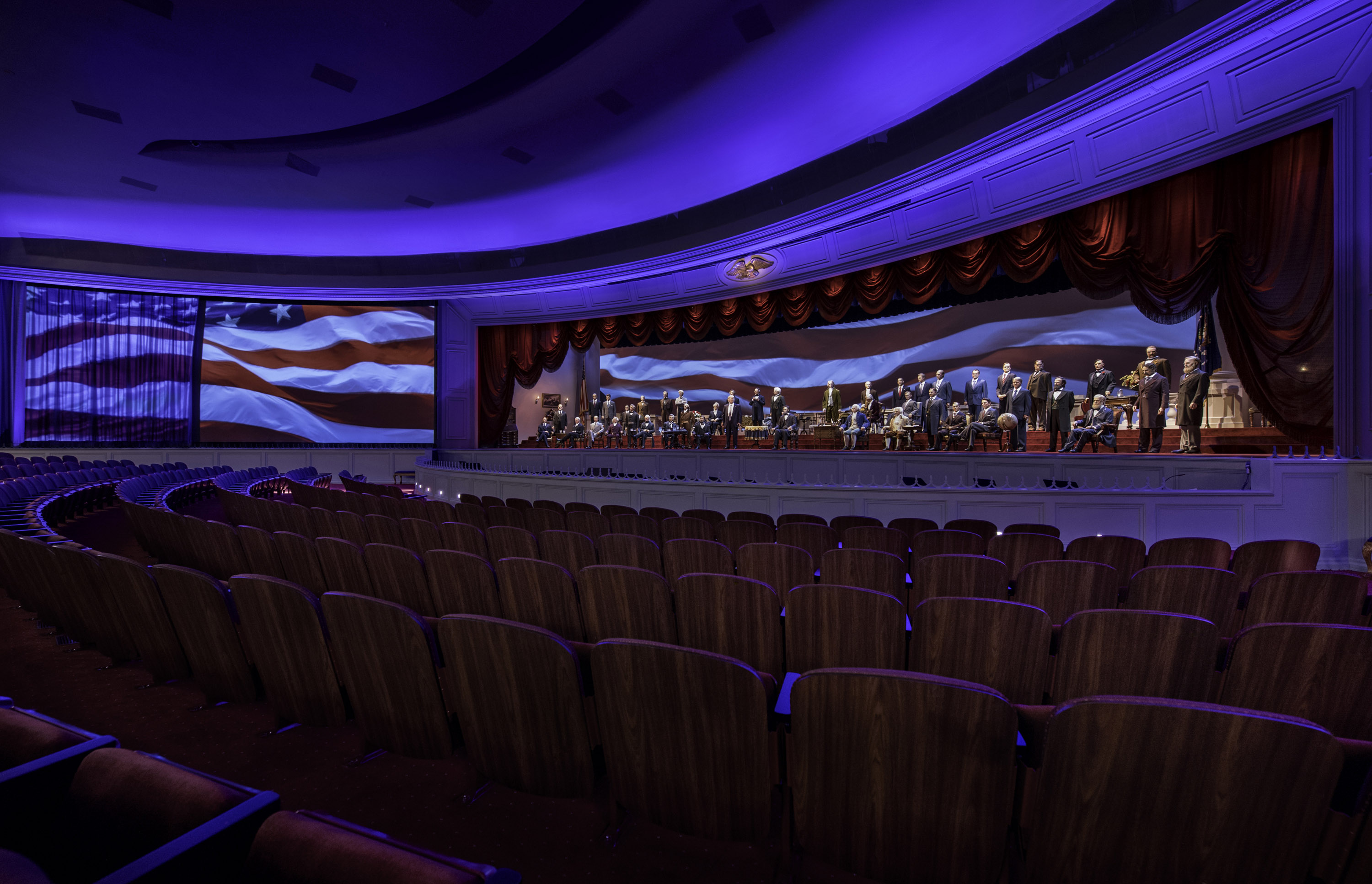 Part way through the film, during the Civil War segment, the curtains open to reveal an Abraham Lincoln Audio-animatronic. He rises from his chair, and delivers the Gettysburg Address. 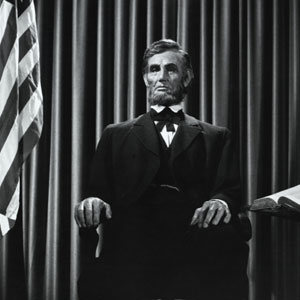 At the conclusion of the film, the screen parts to reveal a stage filled with lifelike Audio-Animatronics versions of each and every one of the US presidents. Each of the figures moves, nodding a head or gesturing in some way, as their names are called. The program concludes with speeches given by current president Donald Trump and George Washington who stands and delivers a stirring speech. 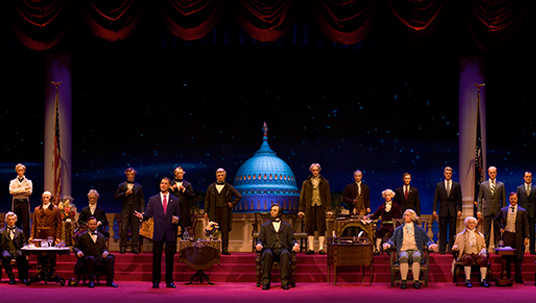 The show runs 20-25 minutes, and is shown every half-hour. Check the large clock hanging under the marquee for the next showtime.

This is a stirring, patriotic show with impressive Audio-Animatronics, very similar in nature to the American Adventure attraction in Epcot’s World Showcase.

It’s also a great place to get off your feet in air-conditioned comfort for a little while!

This show is geared towards older children and adults, as younger kids will likely not appreciate the content, and  may have trouble sitting still and being quiet for the 30 minutes. 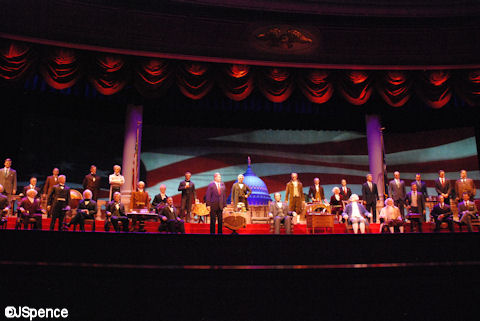 Disney Legend Blaine Gibson (pictured in the photo below), who was primarily responsible for creating the initial 42-member presidential cast, came out of retirement to sculpt presidents Ronald Reagan, George Bush, Bill Clinton and George W. Bush.  He also created the bronze statute of Walt Disney and Mickey hand in hand, called “Partners”, that stands in Disney parks around the world. 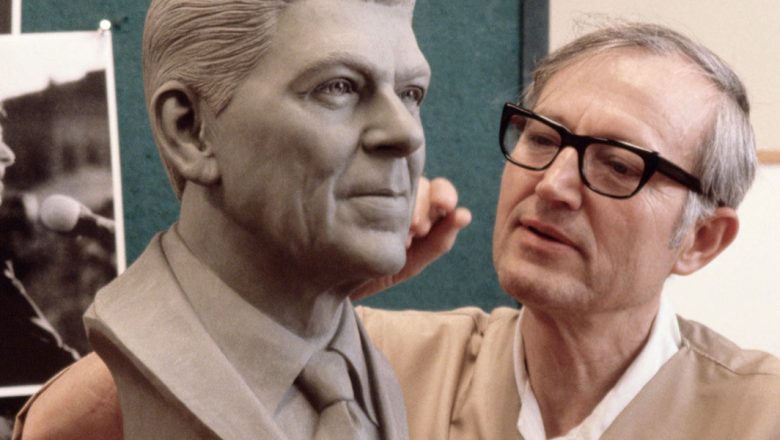 The figure of President George W. Bush is the same height as the real President Bush, although some of the other dimensions were altered to accommodate the internal workings of the Audio-Animatronics technology.

The red tie on President Bush is authentic, made by the same designer who provides most of the Chief Executive’s ties. The suit the Audio-Animatronics figure wears is also based on President Bush’s preferences — dark blue with a white shirt — and had to be specially made. 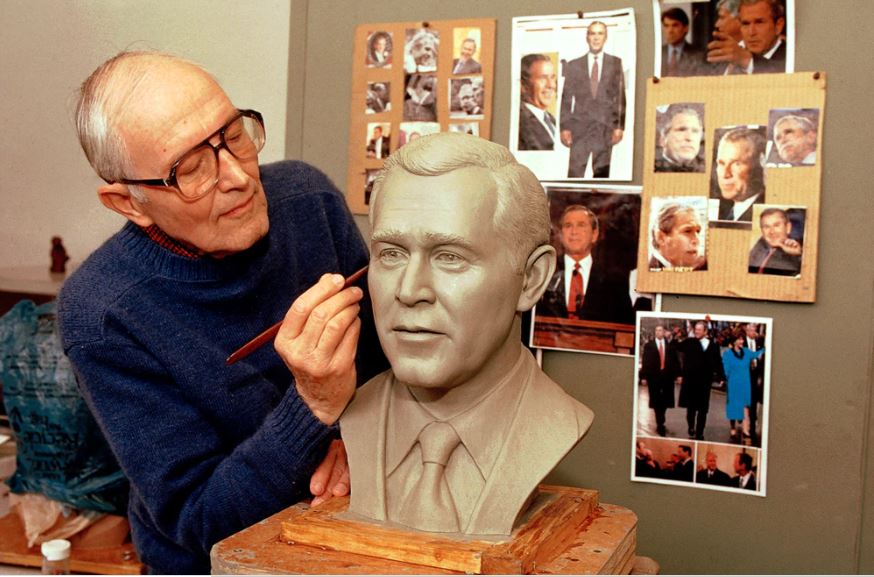 Although George W. Bush is the 43rd president, only 42 individuals prior to him held the office. Grover Cleveland served two separate terms as president, as both the 22nd and 24th president of the United States.

The year 1787 over the entrance to the Hall of Presidents refers to the date the United States Constitution was signed.

The late actor Royal Dano provides the voice of the Animatronic Abraham Lincoln. Dano was selected by Walt Disney himself to voice the first animated Lincoln figure, which debuted at the 1964 New York World’s Fair and later became part of the Great Moments with Mr. Lincoln attraction at Disneyland in California.

The Hall of Presidents is recognized as a Federal Presidential Museum because of all of the historic artifacts in the lobby.

It took two acts of Congress for The Great Seal of the United States to be placed in the Hall of Presidents. 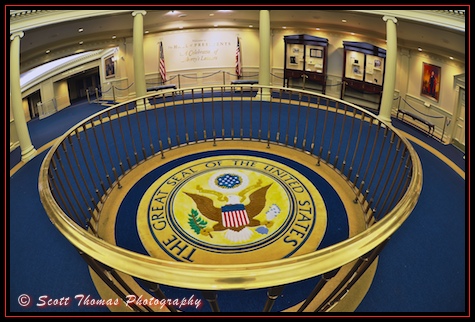 5 Continuing Closures (And 2 New Ones!) in Disney World Next Week!