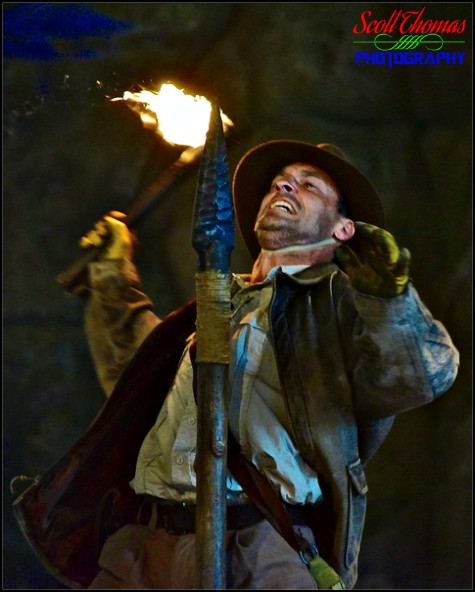 If you love Indiana Jones, or movie making, then you’ll love the Indiana Jones Epic Stunt Spectacular! This 35 minute show recreates some of the most iconic scenes from Raiders of the Lost Ark in front of your eyes, and takes you behind these scenes at how these hair-raising stunts are done.

The Indiana Jones Epic Stunt Spectacular is located in Echo Lake, across from Gertie the Dinosaur.

Pre-show: Guests are permitted to enter the Indiana Jones Stunt Spectacular theater approximately 20 minutes before show time.  A few minutes before the show begins, the show’s “casting director” gives a brief overview of the upcoming show and auditions several adult guests to serve as extras in the sequences to follow. 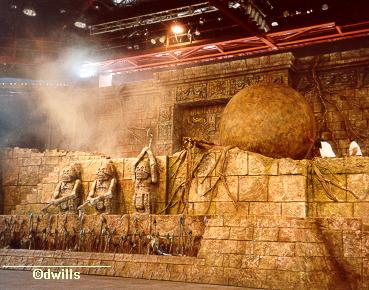 Indiana Jones Epic Stunt Spectacular! starts with an Indiana Jones look-alike reenacting a climactic scene from the movie Raiders of the Lost Ark, complete with a 12-foot tall rolling boulder chasing him down a narrow path. He is seemingly overtaken and crushed by the boulder, only to reappear moments later as the set is being deconstructed and the director explains to the audience what’s going on. 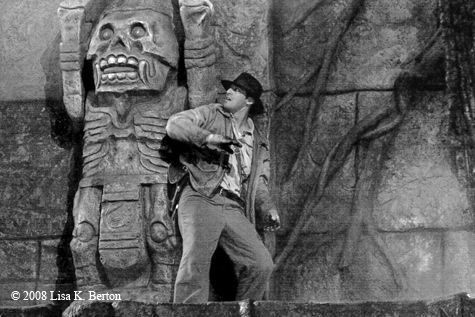 The extras (who must be over 18 years old) chosen from the audience are part of the following Cairo street scene and, after a series of explosions and realistically swashbuckling fight scenes, the show concludes with even larger and louder explosions, pyrotechnics whose heat can be felt even in the audience, and an escape that will leave you biting your nails in suspense!

Lightning Lane access for Indiana Jones Epic Stunt Spectacular is available with the purchase of Genie+. However, if you arrive 30 minutes early most days, you can get a seat.

To have the best chance of being chosen as an extra for this show, sit near the front of the theater and show lots of enthusiasm!

Accessibility:  Guests may remain in wheelchair/ECV.  Guests using wheelchairs will be seated in a special area in the rear of the theater. Audio Description, Sign language and handheld captioning  are available.

The theater is covered, but outdoors and not air-conditioned.  The show may be cancelled due to bad weather.

Children (and even adults) who are frightened of loud noises should sit further away from the main stage area, as some of the effects and explosions are ear-splitting.

The nearest restrooms are located in the Backlot Express counter service restaurant, near the west side of the theater. 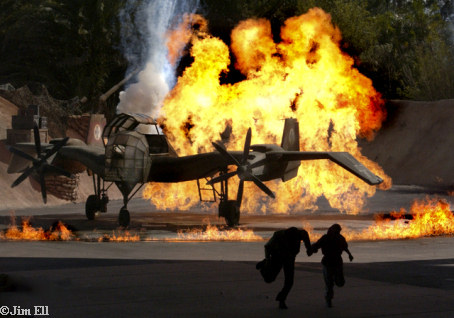 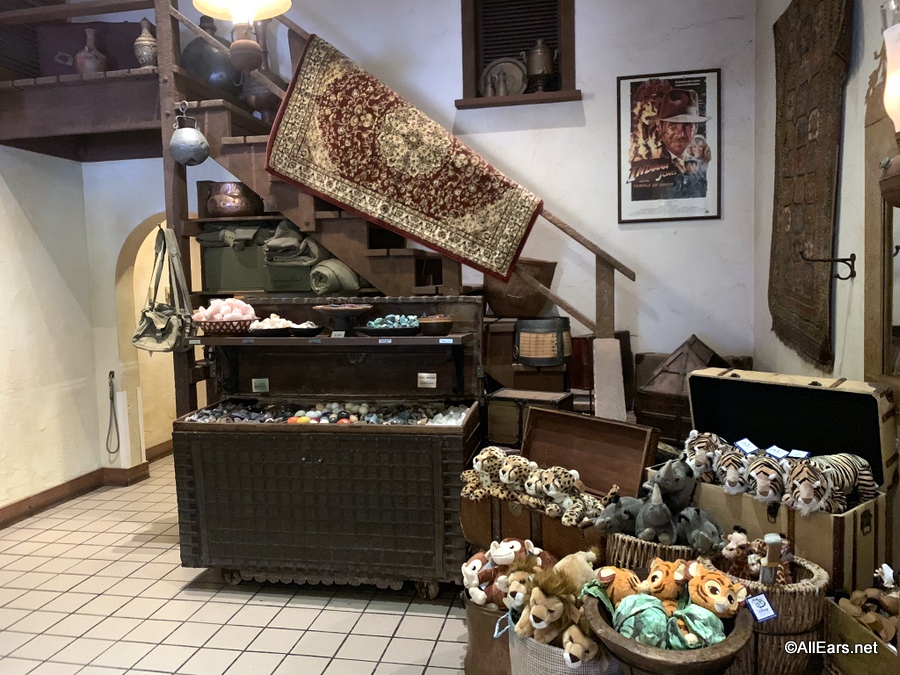 The small golden idol used in the first act of this show is an exact replica of the idol in Raiders of the Lost Ark.

The giant rolling ball is 12 feet in diameter and weighs 440 pounds. The show’s sets weigh as much as 100 tons each, which makes them the largest moving sets in history.

The Indiana Jones Epic Stunt Spectacular closed for six months in 2000 to refurbish the sets and prepare it for the addition of FastPass, but no major changes were made to the format of the show itself.

Don’t miss the often-overlooked sign just outside the theater that says, “Do Not Pull Rope.” It almost looks like an abandoned well and is easy to miss. Look carefully — the NOT is crossed out! So be brave and give the rope a tug! You’ll be treated to a little something extra, sure to make you smile. 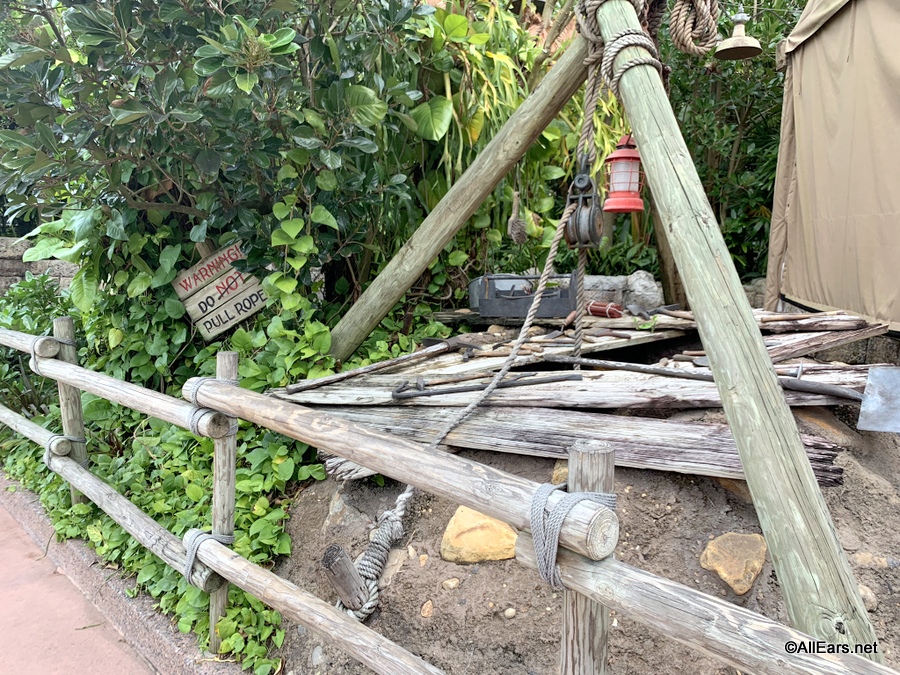