We were not surprised to find huge crowds in Magic Kingdom today for Disney World’s 50th anniversary debut.

We were, however, surprised to see the crowds (or lack thereof!) at another Disney Park tonight, and the contrast is striking. Let’s compare! 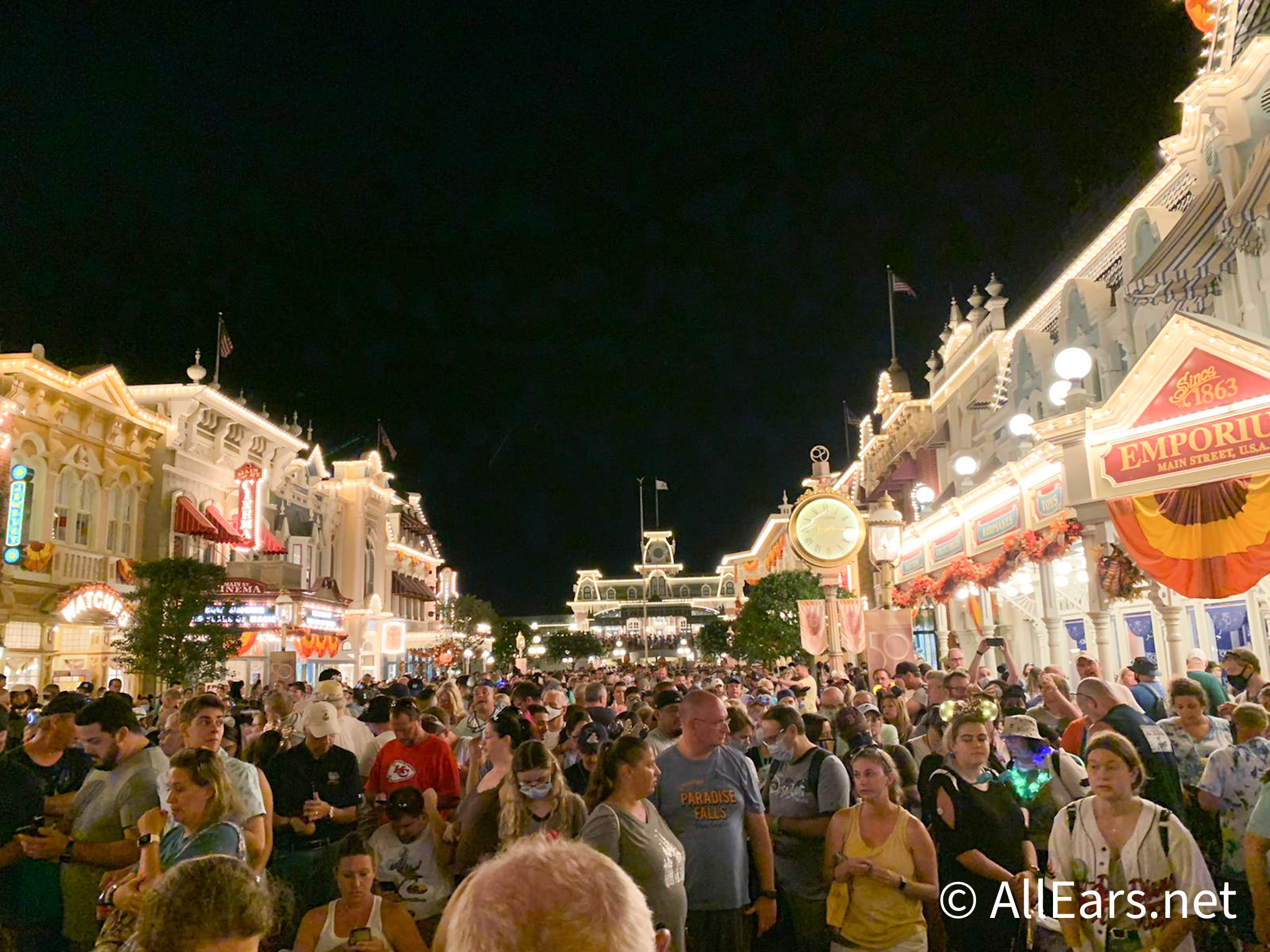 In fact, the park has been at capacity since earlier today, with crowds forming for the show by midday today.

Not long ago, a notice was sent out on My Disney Experience stating that Main Street, U.S.A was full and recommending other locations to watch.

Meanwhile, over in EPCOT, Harmonious barely has any people waiting for the show! To be fair, the new show did premiere two nights ago, so the comparison is not quite the same. Additionally, Harmonious has a much larger viewing space for crowds to form.

The Norway pavilion had a few more people, but EPCOT is nowhere near capacity, unlike Magic Kingdom.

Some of these lucky guests are getting an amazing spot for Harmonious so soon after opening, and we’re a little jealous.

It’s possible crowds will pick up as the 9:45PM showtime gets closer, but you can take a look at our video of EPCOT crowds below!

Checking in over at EPCOT before tonight’s showing of Harmonious. pic.twitter.com/NRaHkZ6ezv

UPDATE: As the 9:45PM Harmonious showtime got closer, the crowds noticeably increased.

But if you’re looking for a last minute spot at Harmonious, apparently just past the China pavilion is the place to watch! We saw very few people watching from that area.

Still, it looks like crowds grew for Harmonious in other areas of the World Showcase, so it totally depends on where you’re watching. It never hurts to keep walking to find a less popular spot.

Why the BEST part of Disney World’s 50th anniversary happens at night!

Are you surprised by the crowds? Tell us in the comments!