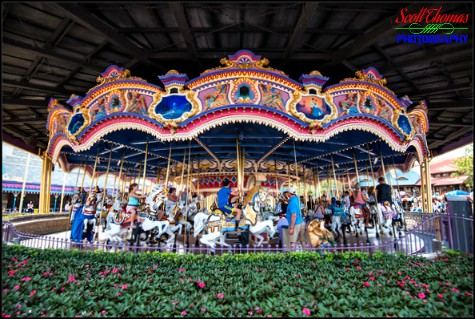 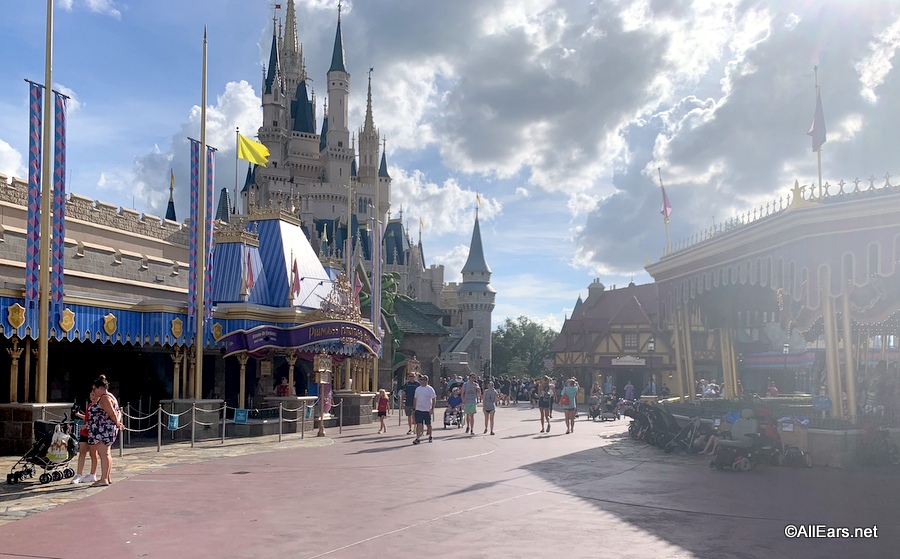 The Carrousel is located in the middle of Fantasyland, near Princess Fairytale Hall and Mickey’s PhilharMagic.

Approaching Fantasyland from Cinderella Castle, you will immediately see the Carrousel. Brightly colored horses — 90 of them! — and delightful Disney music will keep you smiling as you enjoy this gentle merry-go-round ride. 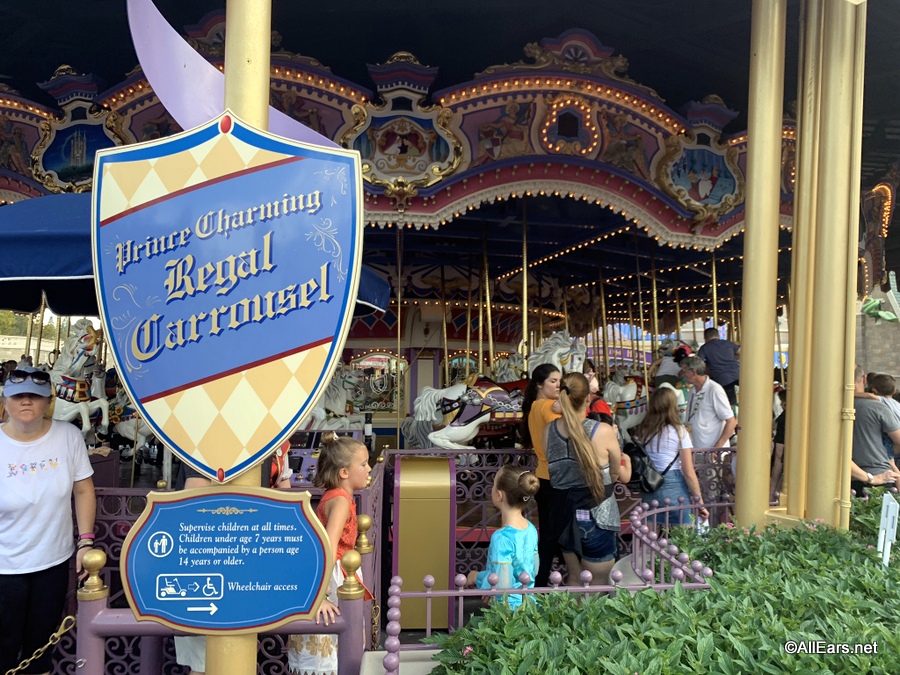 The line circles around the carrousel — while you wait look at the ornate detail on the horses and the paintings of Cinderella scenes up at the top of the structure. 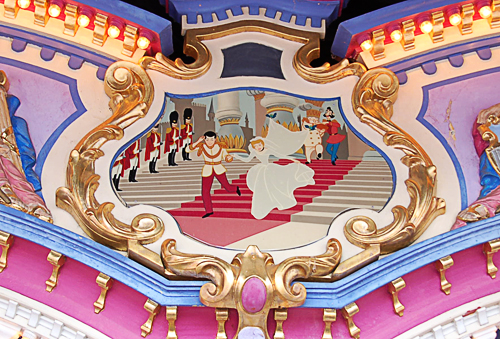 The line moves at a steady pace as this ride is only two minutes in duration. It does not offer Lightning Lanes, but typically is among the lowest waits in the park.

Guests in wheelchairs/ECVs must transfer out to ride the Carrousel.  You must be able to step onto the platform to climb on a horse or sit on the available bench seating.

Due to the nature of the experience, guests with service animals should check with a Cast Member at the attraction for boarding information.

Seat Restrictions:  There are five sizes of horses that are arranged from the largest on the outside ring to the smallest on the inside. There is also some bench seating available.

This is a great place to relax in the shade for a few minutes.

Sit on the outside ring of horses for better photo opportunities.

Most kids love this ride; there is nothing scary and the ride is very gentle.

Anatasia, Drizella and the Fairy Godmother can often be found around the castle wall arches leading to New Fantsyland. Check the times guide. 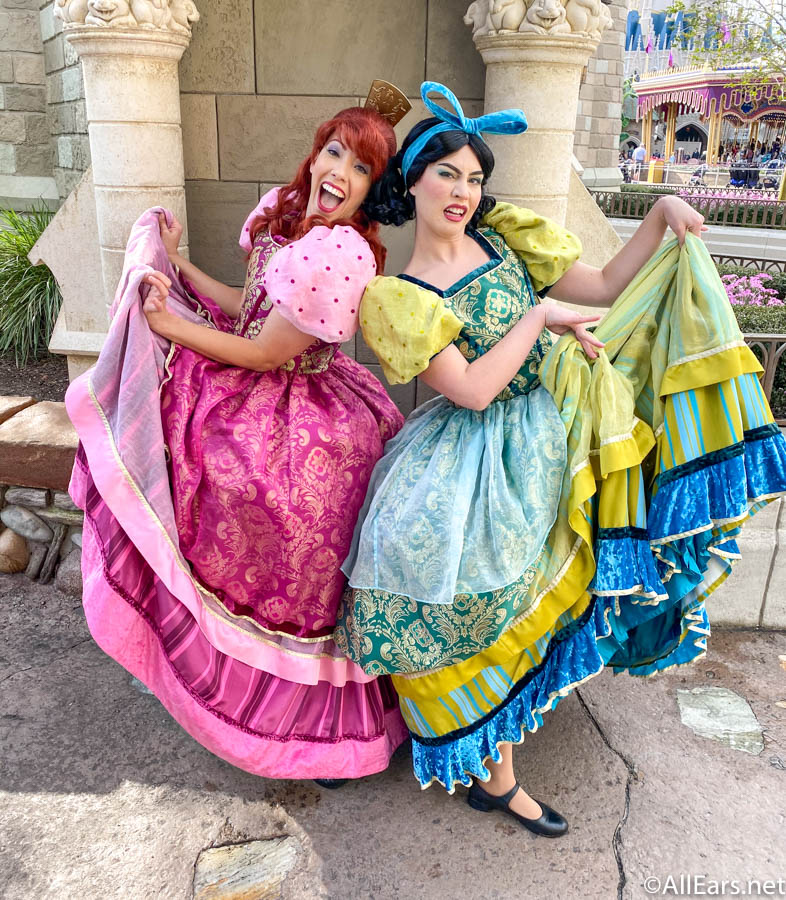 Prince Charming Regal Carrousel was originally known as Cinderella’s Golden Carrousel. The name was changed as of June 1, 2010.

The Carrousel was built by the Philadelphia Toboggan Company in 1917 for the Detroit Palace Garden Park. At that time, it was red, white and blue, symbolizing the patriotism of the era, with figures of Miss Liberty. In 1928, the carrousel was brought back to Philadelphia for rehab. After rehab, its home for the next 39 years was Olympic Park in Maplewood, New Jersey.

It was discovered there by Disney when Maplewood closed in 1967. It was fully restored, with a new look celebrating the story of Cinderella in 18 hand-painted scenes on the canopy. The hard-maple horses are in five sizes — arranged from the largest on the outside to the smallest on the inside — 18 rows of five horses each. The band organ that adds music to the ride is part of the antique masterpiece. The carrousel restoration was completed in time for the opening of Magic Kingdom on October 1, 1971.

Each horse is completely unique, with its own pattern and color scheme and a number on the bridle.

There are 2,325 lights on the Carrousel!

Legend has it that the horse with the golden bow tied to its tail belongs to Cinderella!