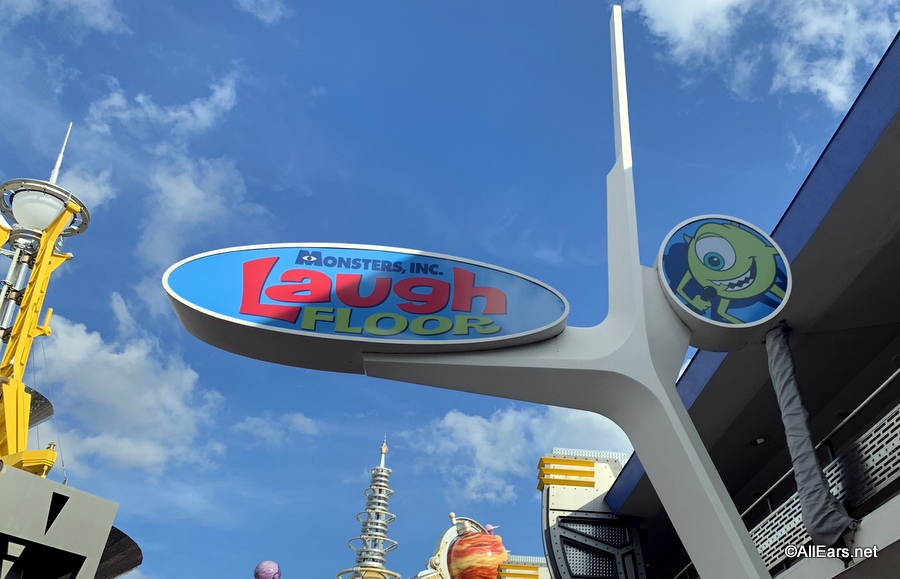 Guests find the power of laughter in an engaging and interactive adventure inspired by Disney-Pixar’s “Monsters, Inc.” as they match wits with the one-eyed hero Mike Wazowski and his friends. 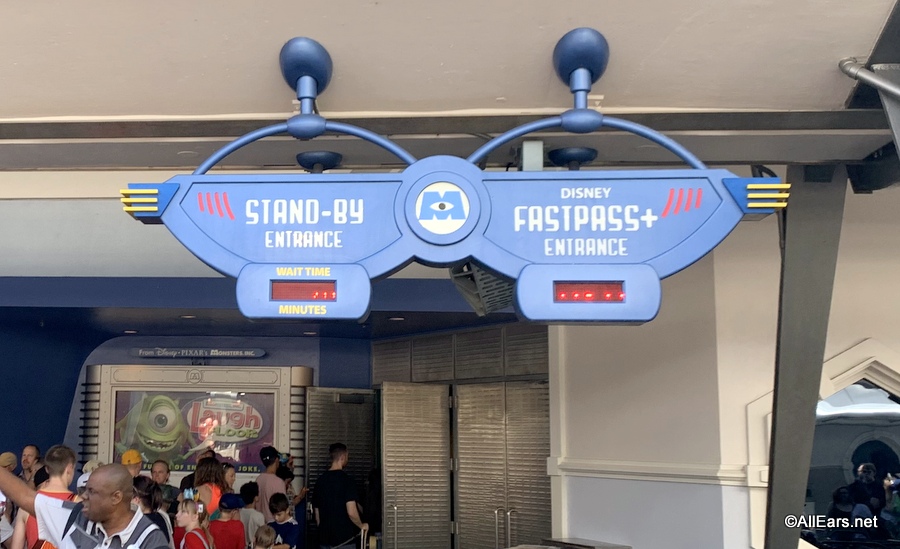 Preshow — There is a short preshow movie that runs while guests wait to enter the theater that lays out the purpose of the show. Remember how Monstropolis is run on human laughter instead of screams now? Well instead of the monsters coming to us — we’re going to them! It’s your goal to fill the can with laughter during the show. 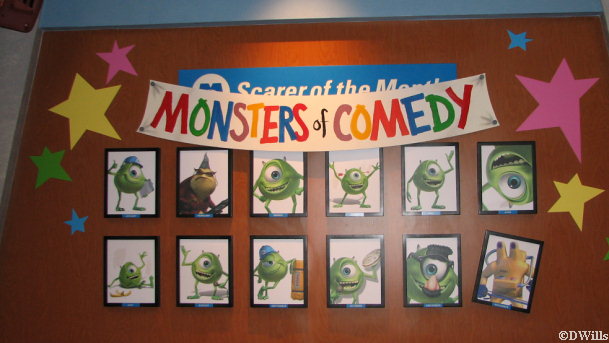 There is also an opportunity for anyone waiting in the preshow to text their favorite joke to a special number. The joke may be used in the performance when the Monsters read “jokes by humans” at the end. 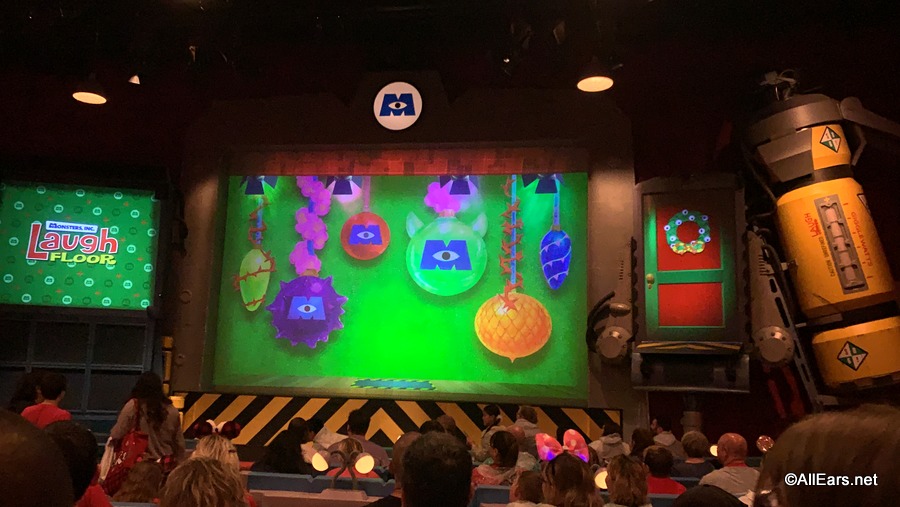 Monsters Inc. Laugh Floor — “Laughter gives us power. If you humans don’t laugh loud enough, we may not have enough power to open the exit doors.” That’s the premise behind the Laugh Floor show, which is kicked off by Roz, the creepy secretary-type character from Monsters Inc. Roz is the first image seen on-screen, and she oversees the crowd entering the theater, then introduces Mike Wazowski, the one-eyed monster from the film, who serves as host of the show. 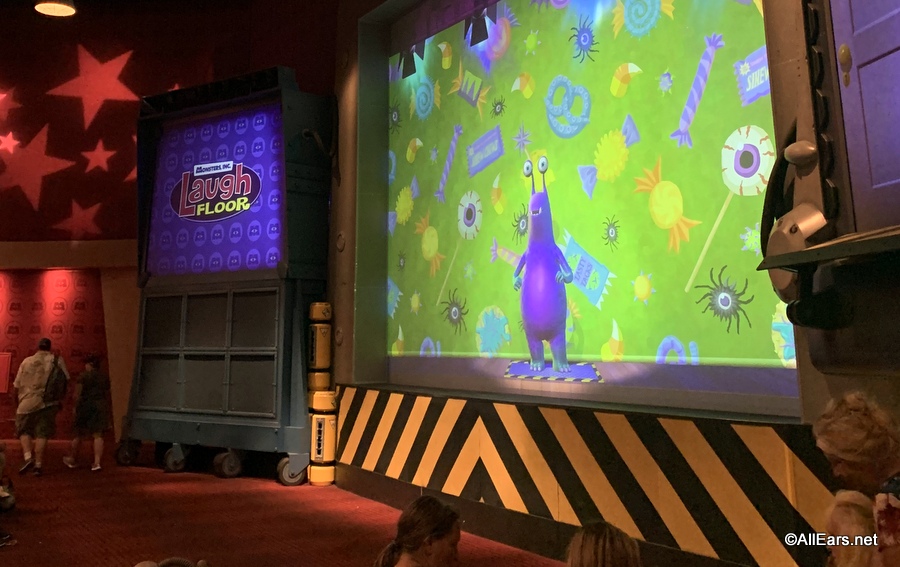 Several cameras planted in the ceiling over the audience spotlight members on the big screens at the front of the theater, with silly captions underneath. One camera finds an adult male, who then becomes the object of several running jokes for the remainder of the show. As the show progresses, Mike introduces a number of monster “acts,” in the hope of generating laughter that will be stored in the giant canister on the side of the stage. (Note that the other monsters, the last of whom is Mike’s nephew, Marty, were not in the Monsters, Inc. movie.) 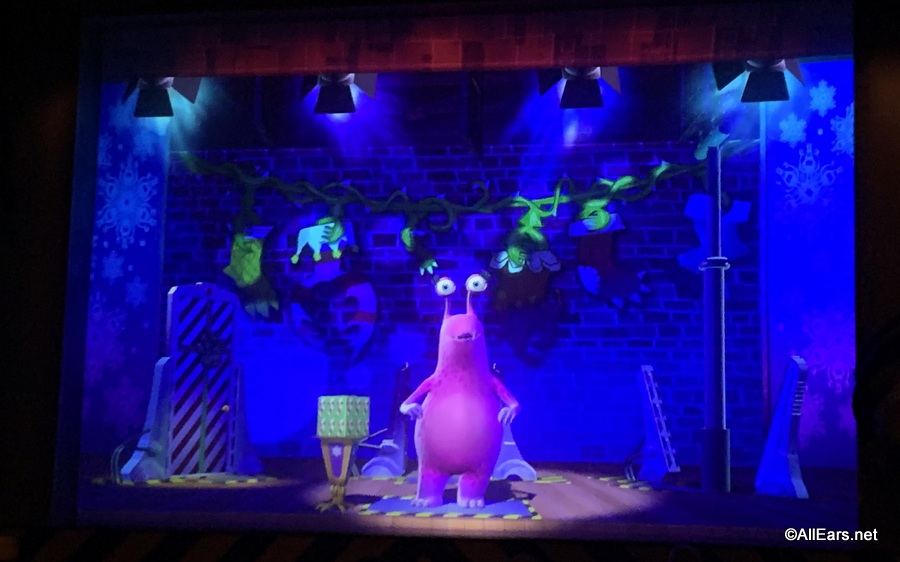 During each act, a camera picks out a person at random (could be adult or child) and a cast member rushes over so they can answer questions asked by the character onscreen like “what’s your name?” or “where are you from?” Using technology similar to that employed by “Turtle Talk with Crush” over at Epcot, the characters can “see” the audience member, and use the audience responses to tell jokes.

By the end of the show, the canister is full and Roz appears to dismiss the audience. Lighning Lane access for Monsters Inc. Laugh Floor is available with the purchase of Genie+. However, it usually has a much shorter standby wait time than most attractions in the park.

This show lasts about 15 minutes.

Theater seats about 400. Seating is on hard plastic seats. 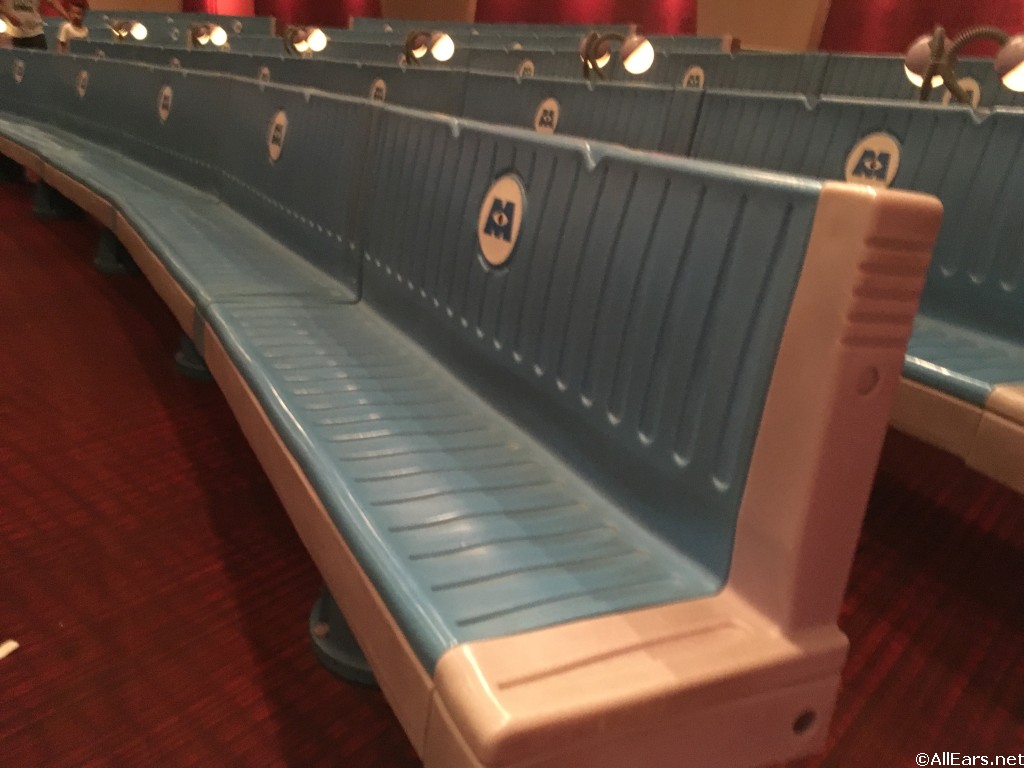 Guests using an ECV or a wheelchair do not need to transfer to view this show.

Assistive Listening is available. Some Captioning Available in the preshow. Ask at Guest Relations.

There are no height or age restrictions.

During Mickey’s Not So Scary Halloween Party or Mickey’s Very Merry Christmas Party, there may be special shows where the monsters tell themed jokes to the holiday! 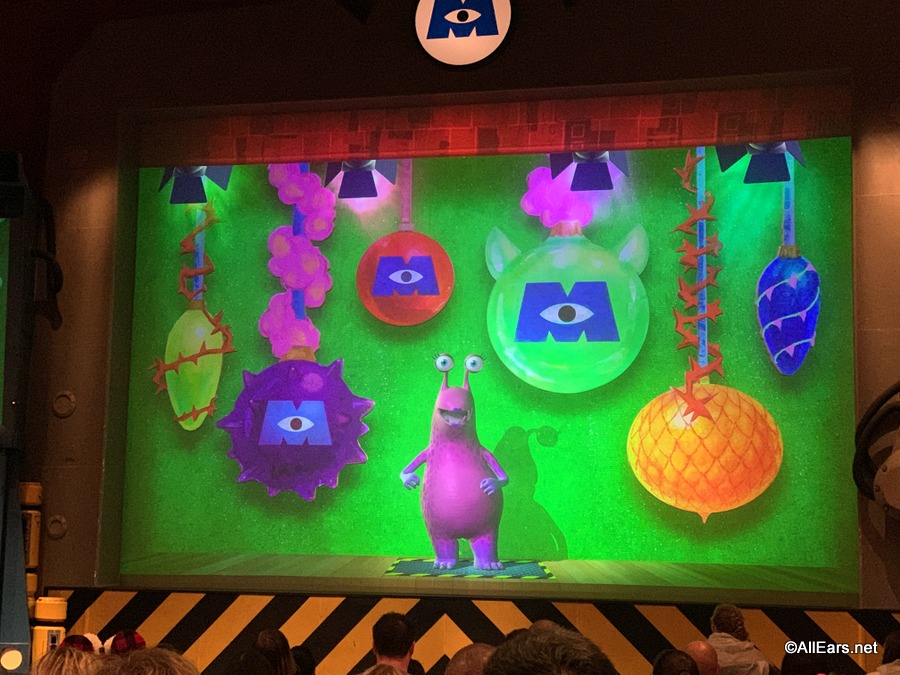 Mike Wazowski, the one-eyed monster host of this show, was voiced by comedian Billy Crystal in the film, Monsters Inc.

Timekeeper, previously housed in this building closed on February 26, 2006.

Prior to Timekeeper, this building housed the Circle Vision 360 Theater, which featured such attractions as American Journeys and America the Beautiful. 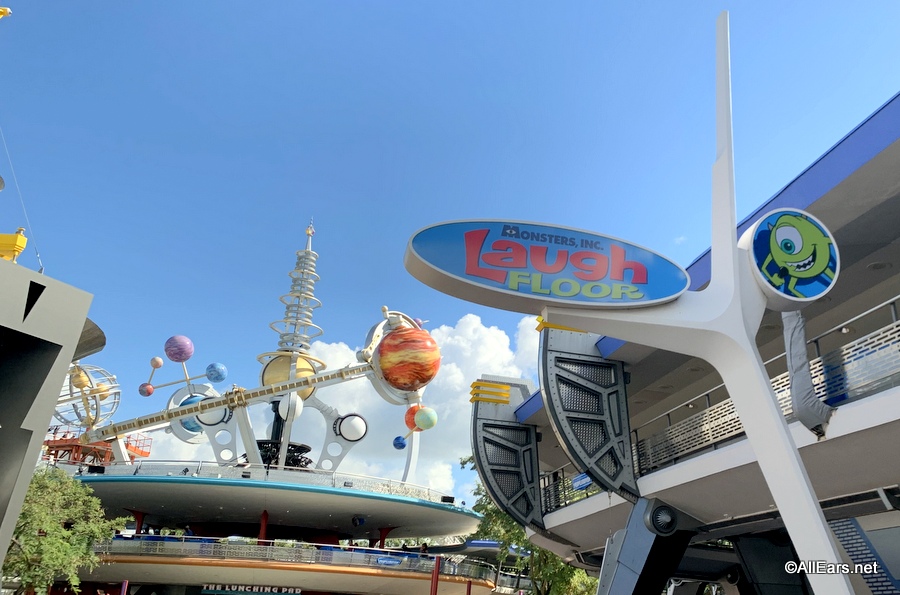