We’re right in the middle of EPCOT’s 2022 Festival of the Arts!

There’s so much to do at the festival, like try all of the new foods, go on a scavenger hunt for Disney characters, or trying to get the coveted Figment Popcorn Bucket. There are also tons of live performances! One of them is the Disney on Broadway Concert Series. Broadway stars take the stage every night over in EPCOT, but if you can’t make it to the park, there’s still a way you can catch one of the performances.

Disney will be live streaming the Disney on Broadway Concert performance on February 21st at 8PM EST! This particular concert is special because it features 4 Broadway stars when the rest only have 2.

SAVE THE DATE! Sing along with us and tune-in to our live stream of the @DisneyBroadway Concert Series at EPCOT International Festival of the Arts featuring Broadway stars Ashley Brown, Josh Strickland, Kissy Simmons and Michael James Scott on 2/21 at 8PM ET! 🎤 🎶 pic.twitter.com/qjAnEfCr6f

This concert will feature Ashley Brown, Josh Strickland, Kissy Simmons, and Michael James Scott! Make sure you save the date if you don’t want to miss the performance. It’ll be streaming on Twitter, Facebook, Youtube, and Twitter, so head over to Disney Parks’ social media for more!

Ready to tune in to the show? Click the link below once the concert has begun (8PM ET) on 2/21 to watch from home!

We’re always staying up to date on all the latest in all things Disney, so stay tuned to AllEars for more!

Click here to see which sold out EPCOT Souvenir is Back!

Join the AllEars.net Newsletter to get Molly's Best of the Fest: International Festival of the Arts 2022! Click here to get started! 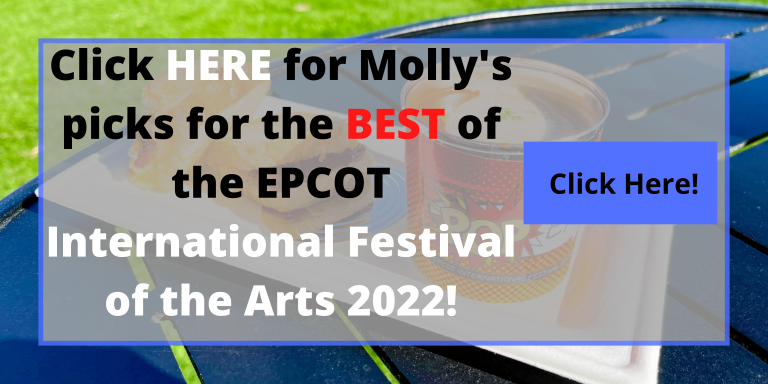 Are you going to stream the Disney on Broadway Concert? Let us know in the comments!