Since its opening as EPCOT Center in 1982, the second gate at Walt Disney World has arguably been just as well known for its food as for its attractions and theming. Over the years, numerous EPCOT restaurants in both the park’s Future World and World Showcase have become favorites of hardcore fans and casual Walt Disney World guests.

Today we’re looking at the history behind five of the park’s most iconic eateries.

We’ll begin our trip around EPCOT’s best known eateries at the pavilion formerly known as The Living Seas. One of the marquee parts of the Seas upon its 1986 opening was The Coral Reef Restaurant. While the seafood restaurant’s menu has seen its share of ups and downs, the real draw is the massive glass wall that’s actually the exterior of the pavilion’s aquarium (the largest in the world at the time) and allowed guests to view sea life including sharks, sea turtles, stingrays, groupers (and sometimes scuba divers) while enjoying their meals. 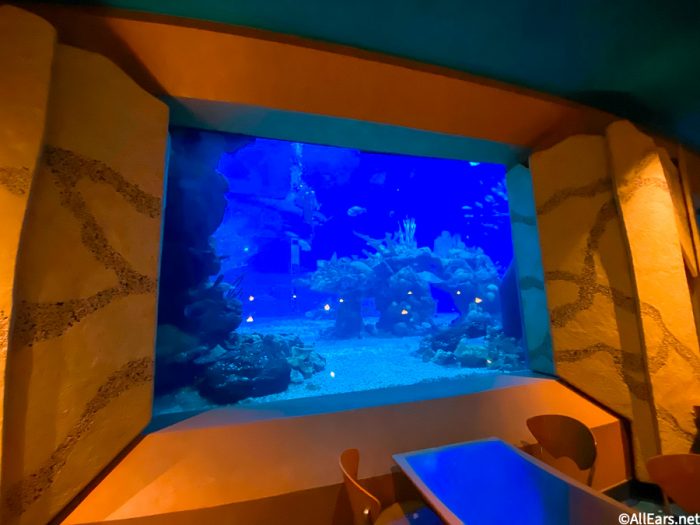 Because of the aquarium hook, the Coral Reef has become EPCOT’s best-known restaurant and one of the park’s best known features in wider pop culture. The restaurant has been featured on numerous television shows including Boy Meets World and Full House and has even been spoofed on The Simpsons. The restaurant was so well known, in fact, that it was one of the only parts of the pavilion not to be drastically changed when The Living Seas transitioned to The Seas with Nemo and Friends in 2006.

Our tour moves to The Seas’ neighbor, The Land. This Future World pavilion has featured a revolving restaurant – with a direct view into the pavilion’s signature boat ride –  since the park’s opening day in 1982. Initially it was known as the Good Turn restaurant, before being renamed the Land Grille Room in 1986, and finally its current name, The Garden Grill, in 1993.

While the menu has changed over the years, the restaurant is well known for including healthy, sustainable meal options in keeping with the overall theme of The Land. In addition to its food, Garden Grill is also well known for being a character dining location, currently offering lunch and dinner options to celebrate a Harvest Feast with Chip & Dale (and usually Mickey in his farmer attire!).

Chip and Dale Harvest Feast at The Garden Grill

Moving on to the World Showcase (and entering through Canada, which I’m sure will have some of you slightly upset with us), our next restaurant is the crown jewel of the Canada pavilion: Le Cellier Steakhouse. However, believe it or not, Le Cellier wasn’t always a steakhouse.

When EPCOT opened in 1982, Le Cellier was still themed to be the wine cellar of the Hotel du Canada (its three story show building, which used forced perspective to resemble a six story replica of the real life Château Laurier in Ottawa), and it wasn’t a Table Service restaurant. Instead, the eatery was cafeteria-style Quick Service specializing in “Canadian specialties” like salmon and maple syrup pie. In 1995, the restaurant opened after a renovation with a new menu built around custom sandwiches. However, this version wouldn’t last long.

In 1997 Le Cellier was changed again, this time to its most familiar variation as a sit-down steakhouse. In the 20+ years since, it’s become one of the most in-demand restaurants not only in EPCOT but in all of Walt Disney World, with reservations usually scooped up as soon as they become available.

There is perhaps no restaurant in EPCOT with a finer foodie pedigree than Les Chefs de France. Upon its opening in 1982, the restaurant was run by a trio of legendary French chefs: Roger Vergé, Gaston Lenôtre, and Paul Bocuse. The restaurant was often thought of as EPCOT’s first true fine-dining establishment, despite the all-French menu often throwing off casual tourists who stopped in expecting a theme park meal.

Since 1996, the restaurant has been run by co-founder Paul Bocuse’s son Jérôme. And those looking for elegant dining in EPCOT are still stopping in for culinary delights.

To talk about the final restaurant on our list, we must first discuss the World Showcase’s arguably most unique pavilion: Mexico. Unlike the other eight countries represented in the park, Mexico is contained entirely within a show building constructed to look like a Mesoamerican pyramid. This design allowed Disney to completely control the pavilion’s design, allowing them to create a waterside Mexican village marketplace cast in a state of perpetual twilight. 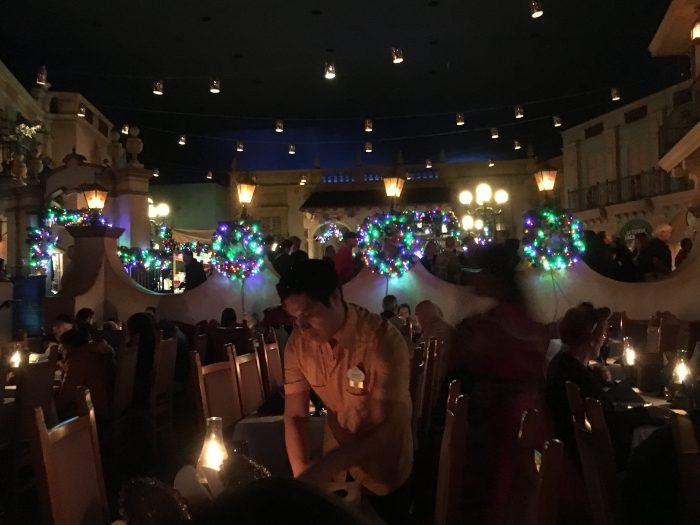 Sitting right on the edge of a manmade river, on which boats of the pavilion’s attraction (formerly El Río del Tiempo, currently Gran Fiesta Tour Starring The Three Caballeros ) float, is San Angel Inn Restaurante. This Table Service Mexican eatery is a sibling to a real restaurant of the same name which has been located in Mexico City in some from since 1692.

Thanks to its stunning theming and authentic menu, San Angel Inn has been one of EPCOT’s most popular restaurants since opening with the park in 1982. In fact, the restaurant is so popular that the San Angel name is given to two more locations (La Hacienda de San Ángel  and Cantina de San Ángel) which sit outside the Mexico pavilion on the shores of the World Showcase Lagoon.

Did you enjoy this trip through the history of some of EPCOT’s most famous restaurants? Which of the park’s iconic eaters would you like to see us discuss next. Let us know in the comments below.