Over the past several months, some sense of normalcy has started to edge its way back into Disney World. 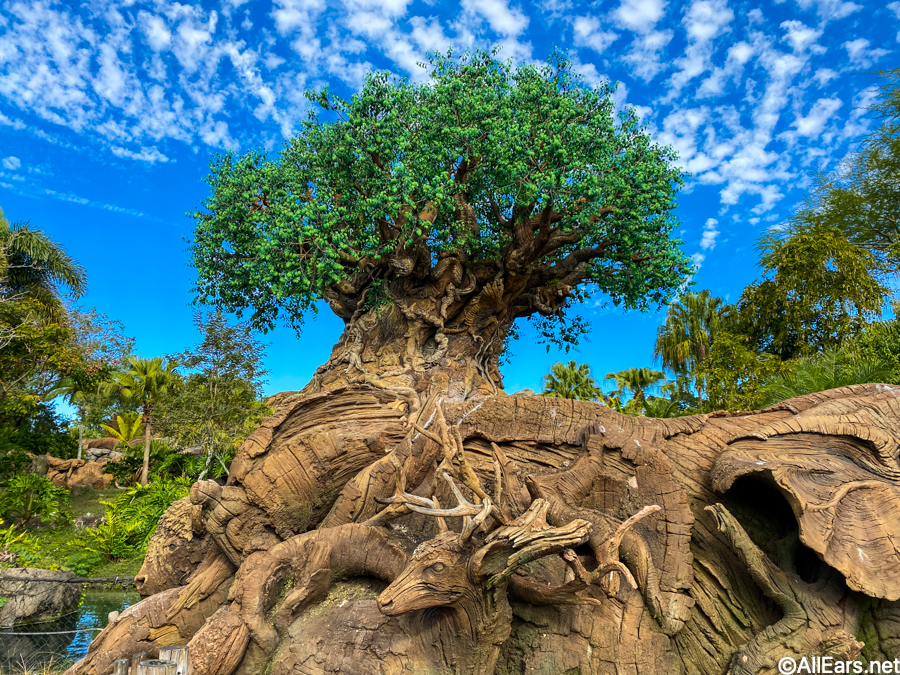 And, honestly, one of the BIGGEST things we have been missing is the live entertainment that once populated the parks. But, today, that all changes!

The Festival of the Lion King has RETURNED to Disney’s Animal Kingdom! We were able to experience the show early during a soft reopening before it debuts on May 15th. We’re feeling all the emotions, just getting ready to watch it for ourselves. Don’t worry, though, friends — we’re taking you along with us to see what modified live entertainment is like back in Disney World!

When we arrived to the theater, guests waiting to watch the show lined up outside in a similar fashion to attraction queue.

Guests must have their entire party with them before they are able to enter the theatre and be seated. Parties will be split into groups of 4, and they ask that only 4 people stand on each distancing sticker.

And, it looks like the Cast Members were JUST as excited as we were to have everyone visiting once again! (Our whole hearts!!)

When guests entered, certain rows were blocked off to maintain distancing efforts.

Instead, parties sat in every other row at an appropriate distance from other groups.

We held in our waterworks as much as possible, but we couldn’t help but shed a tear when the show officially began!

The actors took the stage during the show’s triumphant reopening, making our hearts melt.

Anybody else getting emotional hearing those opening notes?!

We’re at the soft opening of the Festival of the Lion King in Animal Kingdom! pic.twitter.com/2V6oVPx3Z0

Cast Members were distanced from one another onstage, in order to maintain health and safety guidelines for everyone involved.

…while various animals took the stage, including giraffes, elephants, and more!

We couldn’t resist singing along to those hit songs during the show!

Another look at the Festival of the Lion King in Animal Kingdom! 🦁 pic.twitter.com/a6i4P0gucz

Even with all the changes, we can’t help but ADORE the return of The Festival of the Lion King!

The finale of the Festival of the Lion King! No, YOU’RE crying! 😭 pic.twitter.com/WdQ2uWlmsN

Everybody else in the theatre felt the same way we did as the show received a standing ovation.

Standing ovation for the Festival of the Lion King! 👏🏼 pic.twitter.com/YqRGWW2qKX

Wow, we missed Disney’s live entertainment SO much! We can’t wait to see more entertainment hopefully return soon. But, we’ll keep you updated on everything happening in Disney World, so stay tuned with All Ears!

Click here to read about another park detail returning in 2021 — after hours events!

What is your favorite show in Disney World? Let us know in the comments below!

One Reply to “PHOTOS: Check Out The Festival of the Lion King’s Soft Reopening in Disney World!”