It has been 30 years since Universal Studios Orlando first opened, and the park has changed a lot since 1990!

To celebrate the special anniversary, the newly reopened Universal Studios Orlando has released a ton of throwback merchandise to commemorate!

The original neon Universal Studios Florida logo is featured on all of the new merchandise, which also includes plenty of beloved characters and attractions from the park’s early days! Some of the new items include pennants, towels, and lanyards. 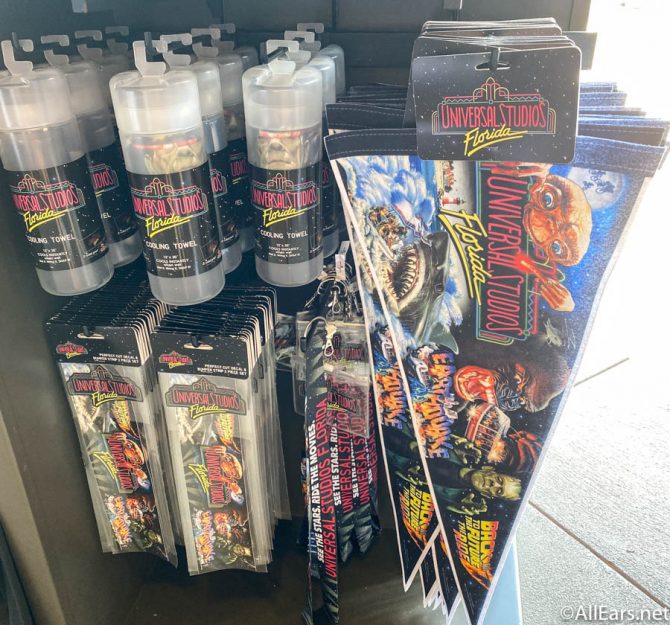 On the merchandise you will see ET, the Jaws ride, King Kong, the Earthquake attraction, Frankenstein’s Monster, and the logo for the Back to the Future Ride. Most of these can’t be found in Universal Studios any more, but there are little nods to them throughout the park. For example, a statue of Bruce, the shark from Jaws is hanging up in the park, while the Delorean and Doc Brown’s train from Back to the Future are near the current Springfield! 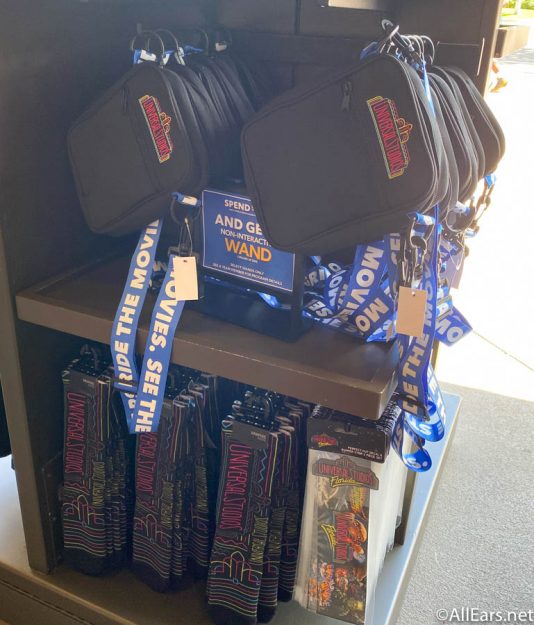 Our favorite of the new items is definitely this throwback shirt. It feels like all the original promotional posters when he park first opened. It even lists the opening attractions along the bottom! 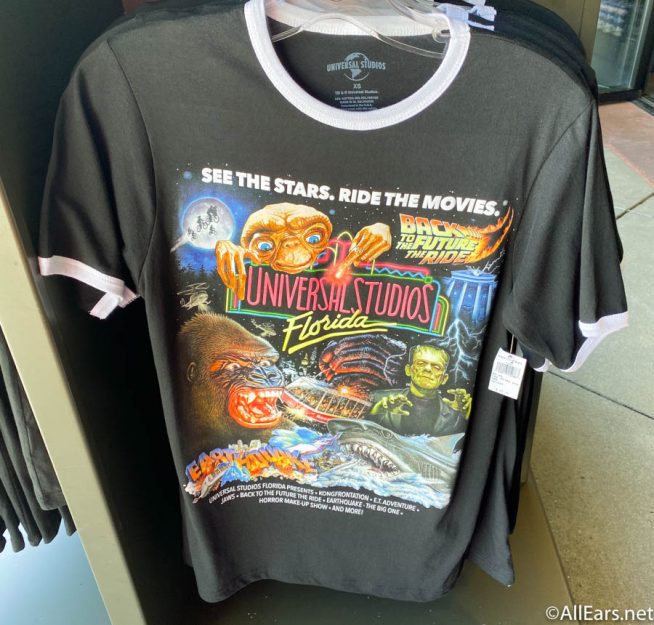 We love all of these shirts, in addition to the one with the classic attractions there are also a few that focus on the old school neon logo. 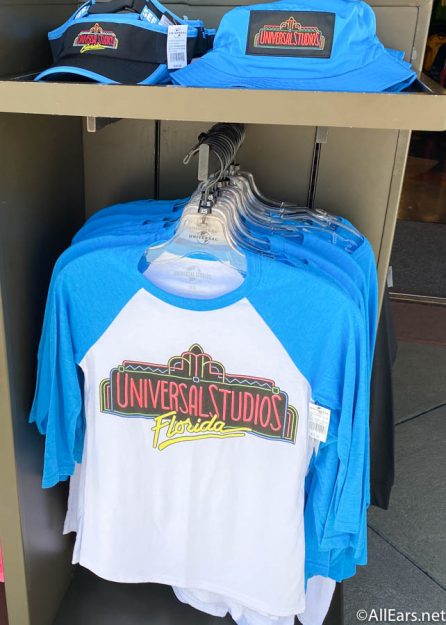 There are probably tons of family photos from 1990 where everyone is decked out in the exact same Universal Studios gear! 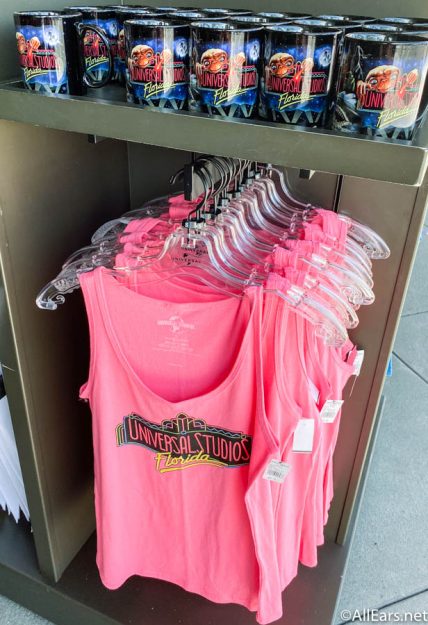 Now if we could just borrow Doc Brown’s car and head back 30 years to ride the Jaws ride again!

Have you visited Universal Studios Orlando since it reopened? Let us know in the comments below!