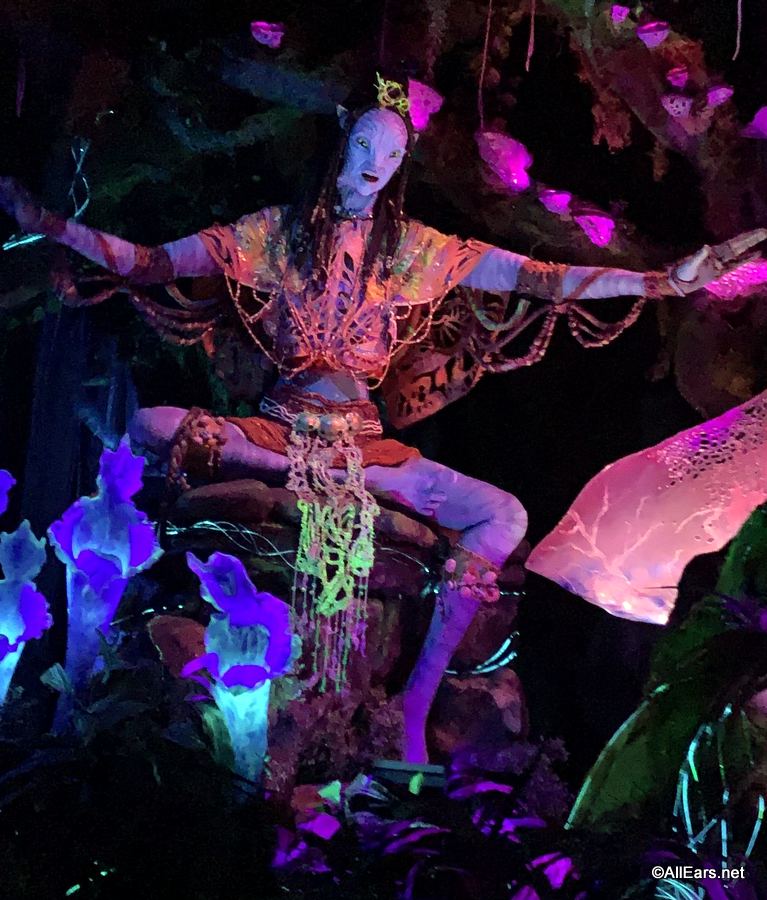 A family-friendly expedition, Na’vi River Journey takes guests on an adventure down a gentle, mysterious river hidden within the sacred bioluminescent rainforest in search of the Na’vi Shaman of Songs. The attraction is located in Pandora – The World of Avatar in Disney’s Animal Kingdom.

As guests approach the iconic floating mountains and waterfalls on Pandora, a towering totem beckons. Paying homage to the mystical Shaman of Songs, the massive totem was delicately woven by the Na’vi, the indigenous people of Pandora. It celebrates the shaman’s deep connection to the life force of Pandora. The totem also invites guests to venture further into grottos that lead to the mystical river – and an eventual encounter with the shaman. 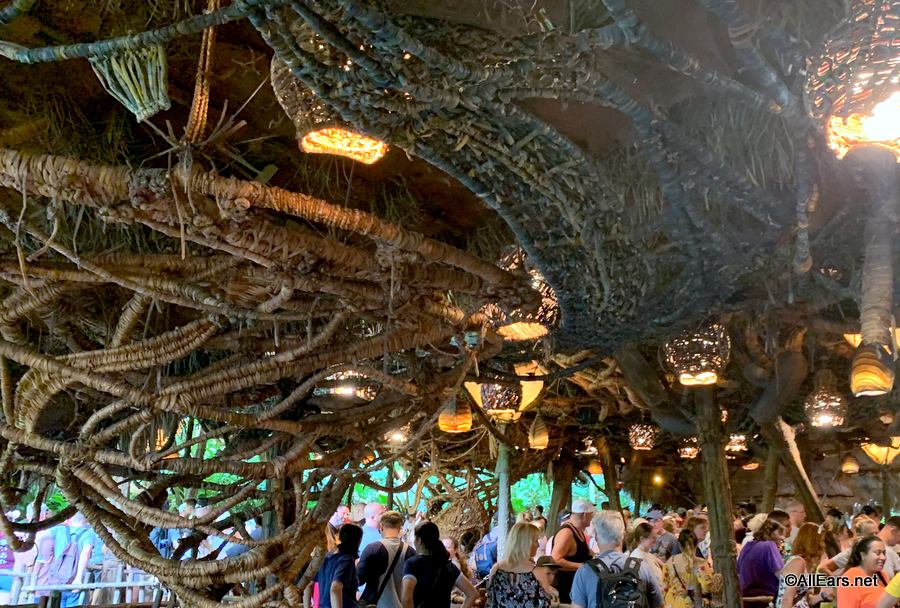 At the water’s edge, you board reed boats. Barely have the boats cut the first ripples of water when a Na’vi warrior appears. With a nod, he grants passage to the human voyagers, and soon an amazing scene unfolds. A spectacular bioluminescent rainforest surrounds guests. By day or night, boats pass through this darkened world, pushing deep into a jungle alive with exotic glowing plants and traversed by Pandoran creatures. 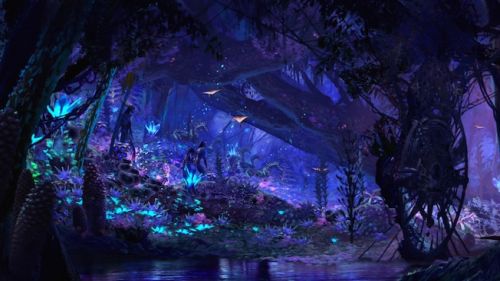 Keen observers will notice that the animals and Na’vi are moving in the same direction as they make their way to see the shaman. Music is heard, which means the shaman is not far off. 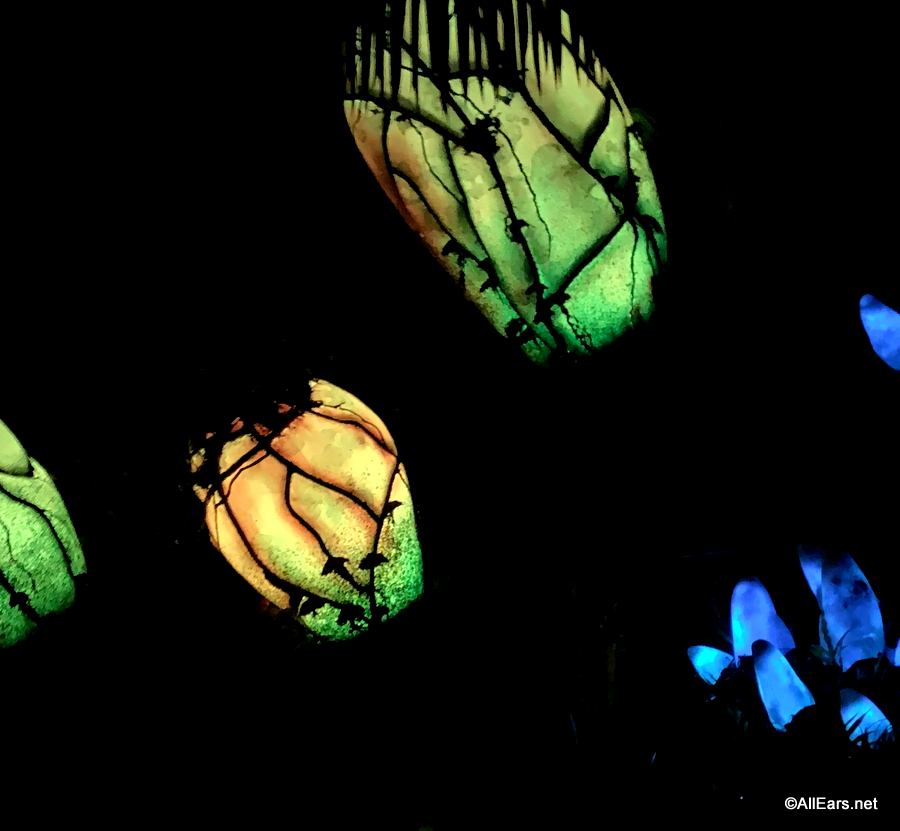 The journey builds to an encounter with the remarkable Shaman of Songs. Like most Na’vi, she is nearly 10 feet tall.  Music is central in Na’vi culture. Guests observe the shaman in the midst of a musical ceremony, playing an instrument and singing. Through her music, the shaman sends positive energy into the rainforest, telling of the sacred bond with nature that Na’vi and humans share. 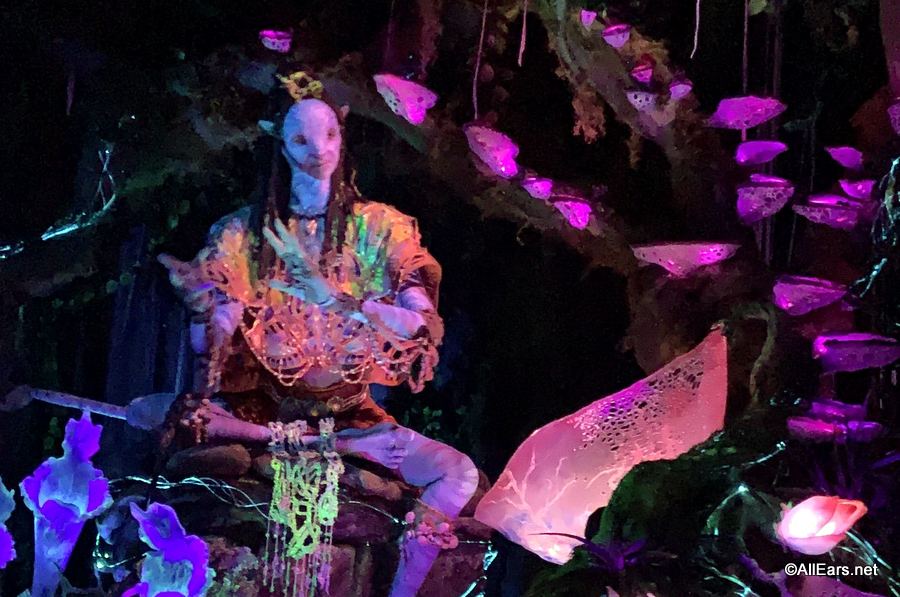 Lightning Lane access for Na’vi River Journey is available with the purchase of Genie+. Standby lines are typically between 45 minutes to 70 minutes.

Ride vehicles are 8-person reed boats; 2 rows per boat. Must step down into boat. 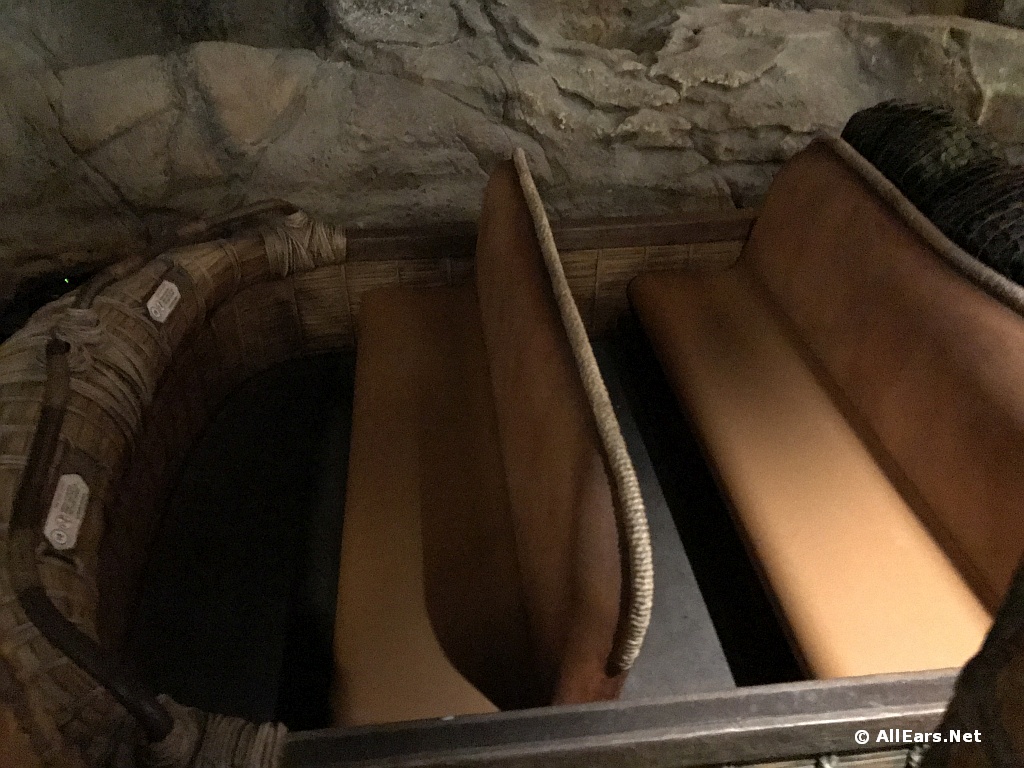 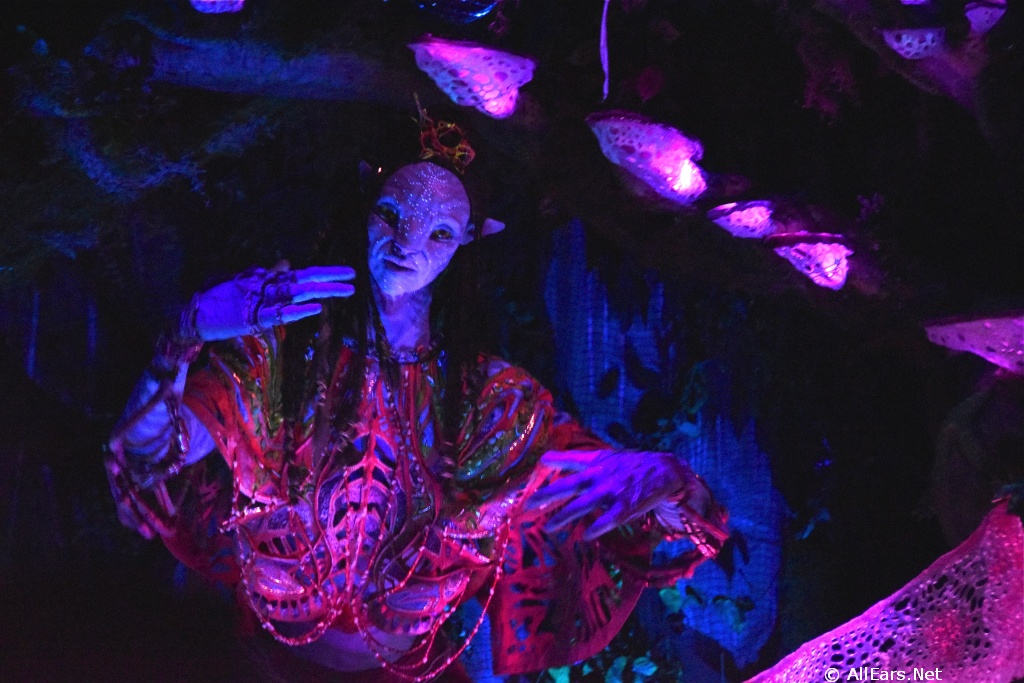 Imagineer Joe Rohde said: “The shaman is even more extraordinary than we expected,” said Rohde. “Her facial expressions, little movements in the cheek, tiny movements in the eyelid – each one of these carries an emotion she’s capable of conveying. Disney technology put fluid energy into every movement and gesture.”

For more information, and to RIDE Navi River Journey, check out this AllEars TV Video: