IN WHICH Winnie-the-Pooh Makes A New Friend at Epcot 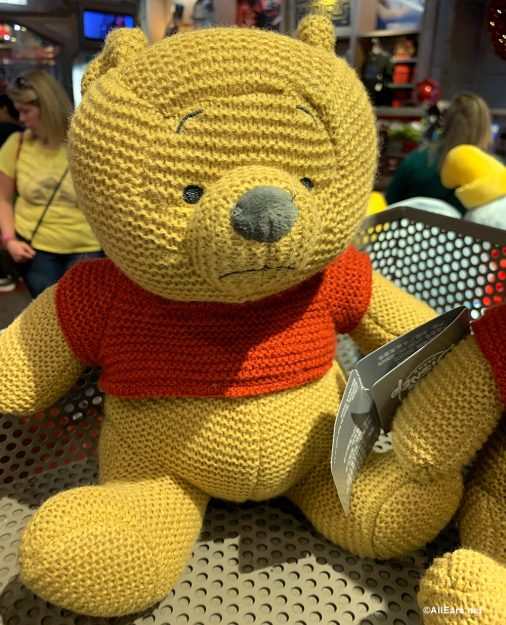 Edward Bear, known to his friends as Winnie-the-Pooh, or Pooh for short, was sitting in MouseGear one day when he spotted someone he would terribly like to be friends with. “Oh my!”, he thought, “I do hope that nice-looking person decides to take me home now that I’m an Adorable Cozy Knit Plush.”

He was quite adorable, with his tiny mouth and eyes, and his carefully knit red shirt. He thought he was quite handsome, in fact; his new cozy-knit build allowed him to show off the results of his stoutness exercises, and he was more stuffed with fluff than ever before! 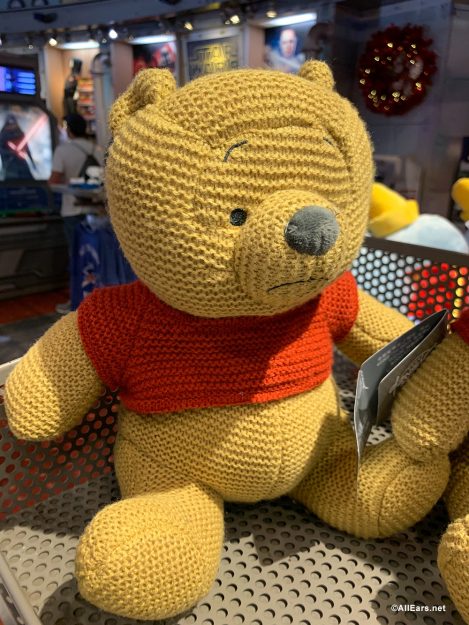 Of course, his new design was inspired by the classic Winnie the Pooh stories by A.A. Milne and E.H. Shepard, though Pooh was not much of a reader. He always liked it when Christopher Robin read to him, but then he would get a rumbling in his tummy and his mind would drift off to his next smackerel of hunny. Perhaps this new friend would take him around the Festival of the Holidays to find some delicious hunny? Yes, that would be quite nice, he thought.

He hoped that his $27.99 price tag wasn’t enough to deter his new friend. He thought he was a very reasonably priced bear, especially with a Passholder or DVC Discount.

He hoped his new friend would hurry, though. He was a very special limited release and would only be around for a short time before returning to the Hundred Acre Wood. Hopefully his new friend would pick him up and take him to the checkout counter soon, so they could go on all sorts of wonderful adventures! 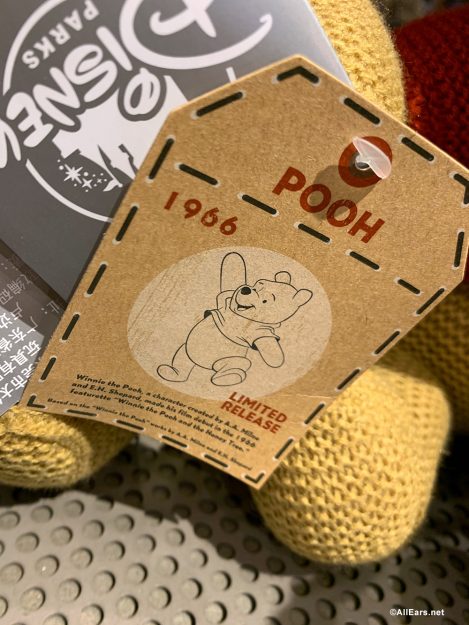 As for how this story ends… well… that’s up to you, isn’t it? You can find this Cozy Knit Pooh at MouseGear in Epcot, along with other whimsical gifts.

Did you enjoy our little story? Are you already planning adventures with your new cozy knit pal? Let us know what happens next in the comments!