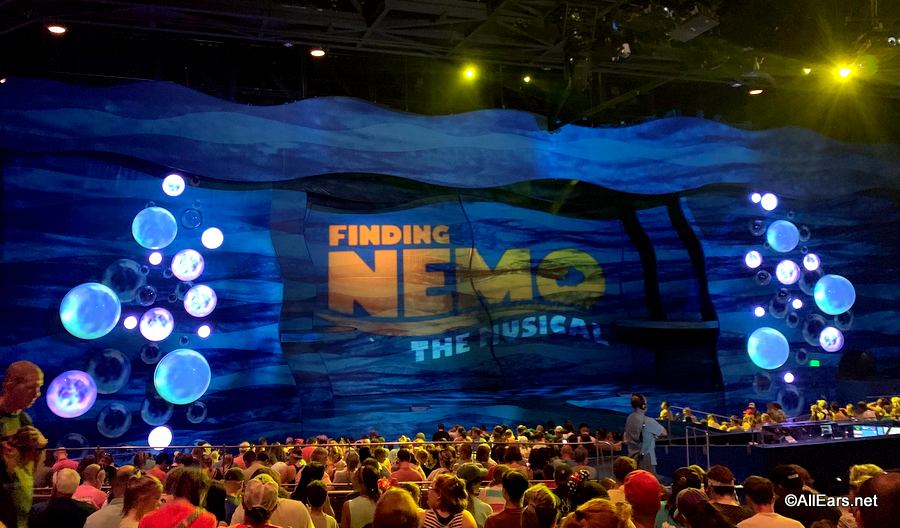 Finding Nemo – The Musical marks the first time Disney has taken a non-musical movie and transformed it into a musical show for the parks. It’s an adaptation of the Disney-Pixar movie, and features favorite characters such as Marlin, Nemo, Dory, Bruce, Crush, and more!

Finding Nemo – The Musical takes place in the Theater in the Wild, which is located in between Dinoland USA and Expedition Everest. 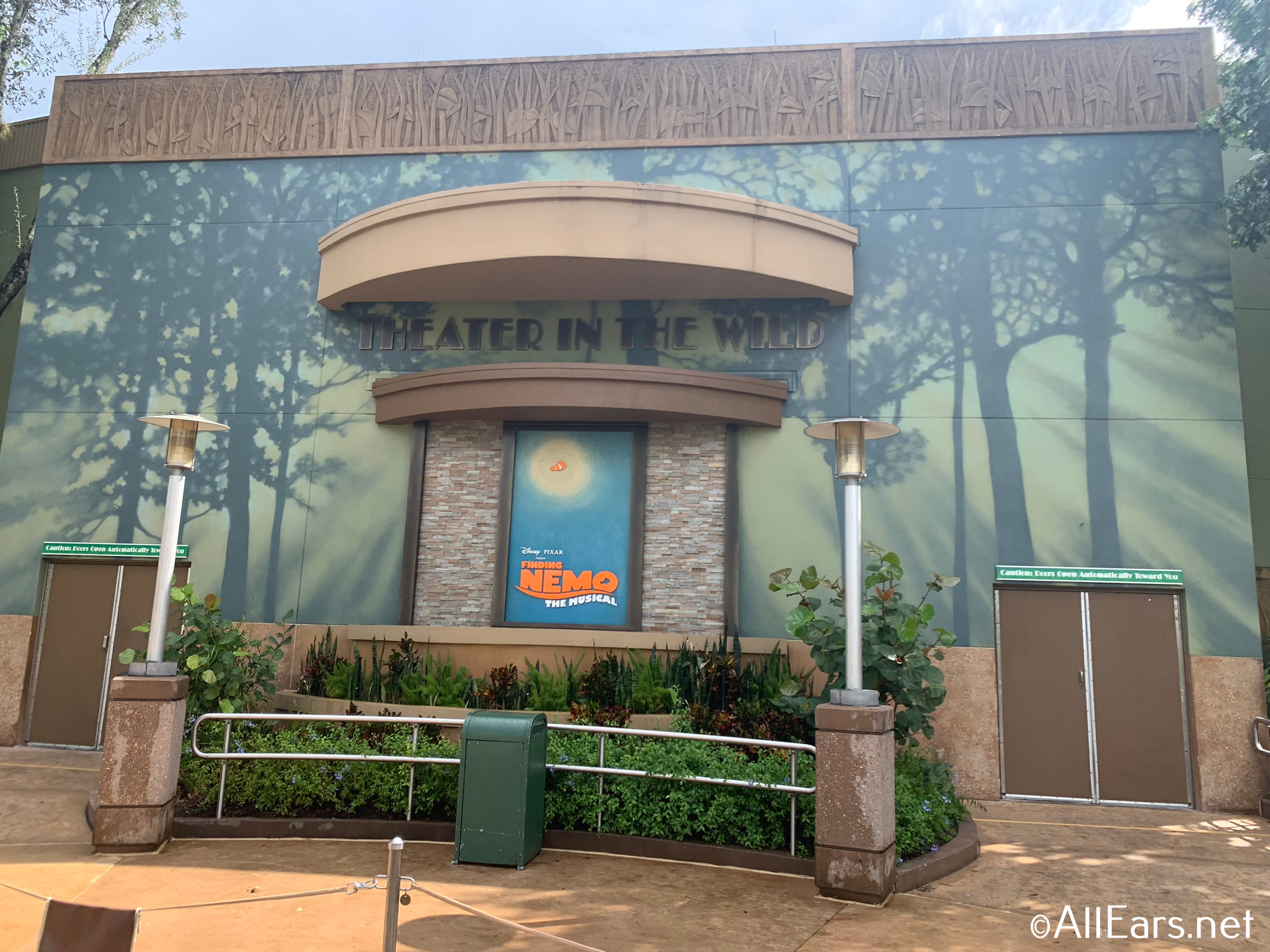 Finding Nemo – The Musical gives guests the chance to be immersed in the story of Marlin and Nemo through the combination of puppets, dancers, acrobats and animated backdrops. The theater itself was updated with innovative lighting, sound, and special effects to create Nemo’s undersea environment. 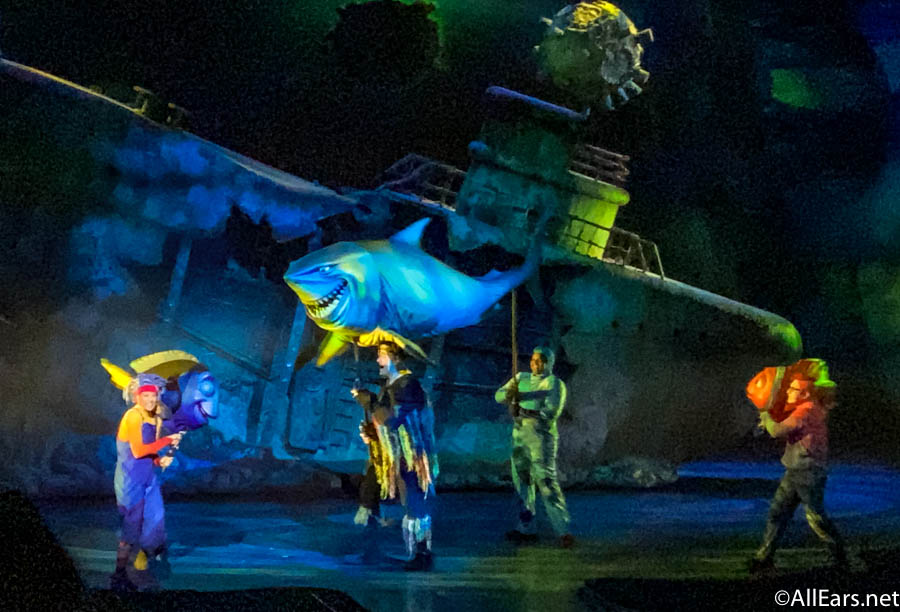 Finding Nemo the Musical retells the film, including memorable scenes set in the Dentist’s Aquarium, Dory and Marlin’s confrontation with the sharks, the turtles on the EAC, and the school of fish providing directions. 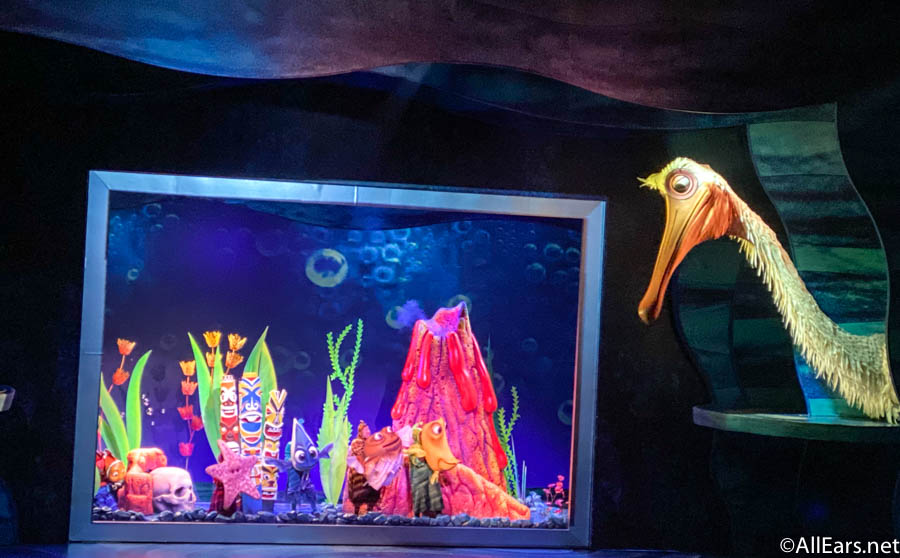 The show features original music, including “Big Blue World”, also heard at The Seas with Nemo and Friends at Epcot, and Crush’s big number, “Go With the Flow”, a tribute to 60s surfing music. 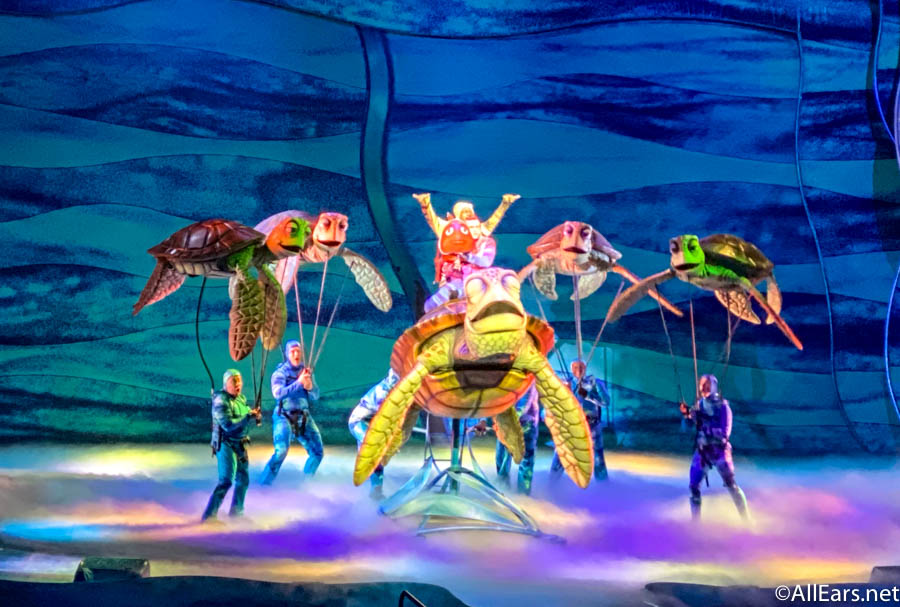 This show lasts approximately 40 minutes and is performed at several, scheduled times each day. For current show times, check your My Disney Experience App or Times Guide.

You can usually get a seat if you arrive 15-20 minutes early.

Seating is wooden bench seats with backs. Guests may remain in their wheelchair, motorized scooter or ECV to experience the attraction. 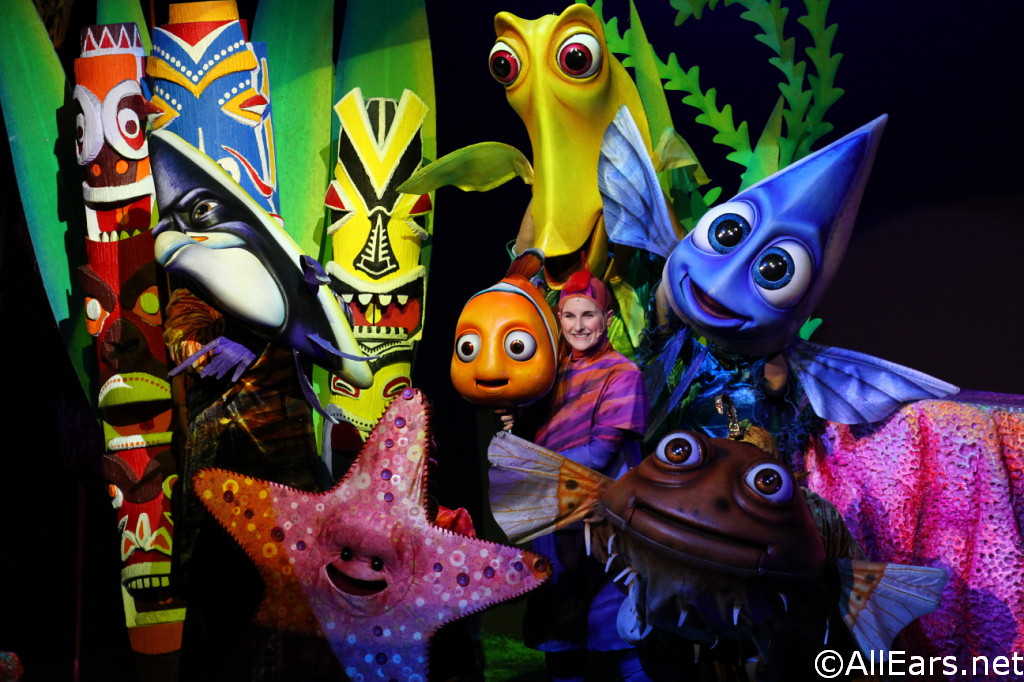 Before the show starts, the bubbles on the left and right sides of the stage show Nemo swimming by. You can’t tell when and where he’ll show up, so keep your eyes peeled!

Restrooms are located right next to the theater’s exit. 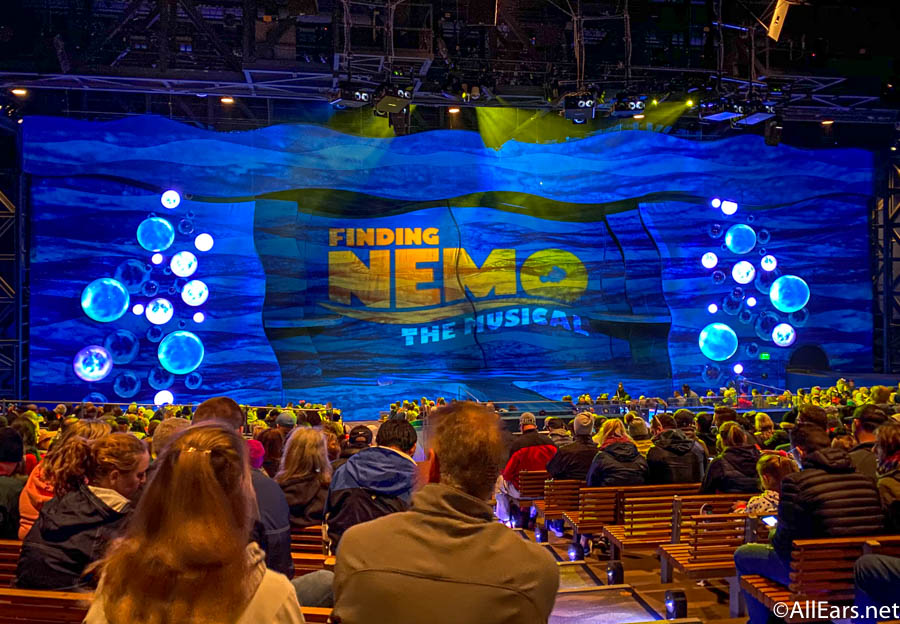 There is a cart outside the theater that sells a small selection of Finding Nemo merchandise, such as toys, plushes, and shirts.

The Theater in the Wild now holds 1,500 guests and is the largest theater in Disney’s Animal Kingdom.

It opened with the park on April 22, 1998, and was originally an outdoor amphitheater with its first production being quite a different type of show. Journey into Jungle Book featured songs from the hit Disney movie and created a new style of puppetry that gave the animal characters a look of fantasy while still conveying life-like realism and emotion.

“Journey into Jungle Book” closed in April 1999 and was replaced with Tarzan Rocks!, a live musical based on the Walt Disney animated feature, “Tarzan”. The production combined a rock concert performing the hit songs from the movie, with gymnasts, in-line skaters and aerialists giving the energy and action of the characters’ story. It ran from July 1999 to January 21, 2006. The Theater in the Wild was then shutdown so it could be fully enclosed and renovated with upgrades to create Nemo’s environment.

Finding Nemo – the Musical involves a number of Broadway’s best! Tony Award-winning director Peter Brosius directed it, with Michael Curry, who designed puppets for Disney’s successful stage version of The Lion King, serving as leading puppet and production designer. The 14 original songs were composed by the husband-wife team of Robert Lopez, Tony Award-winning “Avenue Q” co-composer-creator, and Kristen Anderson-Lopez, co-creator of the a cappella musical “Along the Way”.

The song “Big Blue World” was first heard inside The Seas With Nemo and Friends in Epcot.

While many characters, including Marlin, Nemo and Dory, are represented by live performers operating larger-than-life puppets, other creatures in the sea appear using a diverse array of puppetry styles, including rod, bunraku, and shadow.

Performed on a stage flanked by big bubbles, the musical numbers come to life with underwater effects created with innovative lighting, dynamic props, and animated projections.

Finding Nemo – the Musical was announced at the April 7, 2006 Grand Opening of Expedition Everest. It held previews starting November 5, 2006, and opened on January 24, 2007. 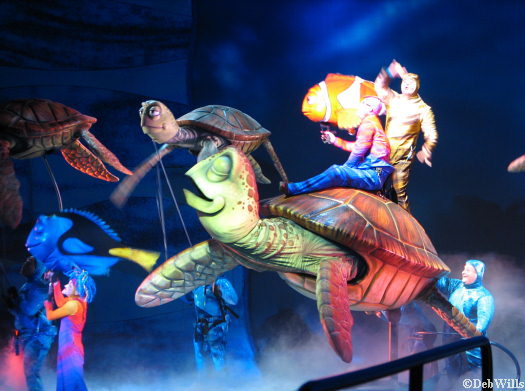