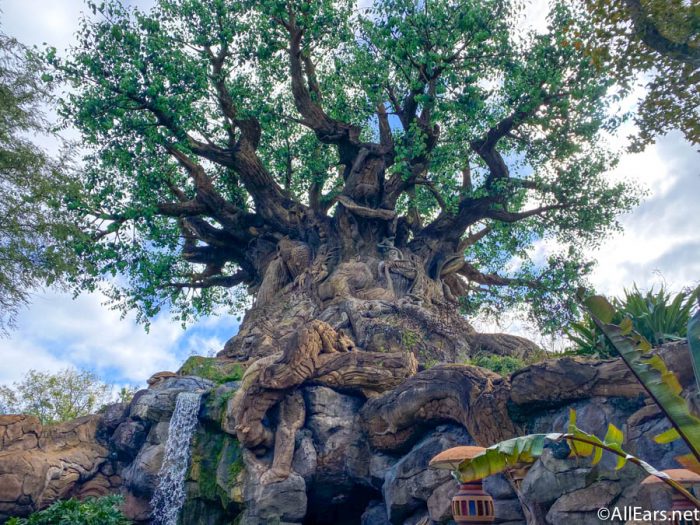 Walt Disney had a love of animals that started when his family moved to a 45-acre farm in Missouri when he was a child. It was on that farm that Walt Disney first learned to draw animals. Without his love of animals there may have never been a Disney World — or even an Oswald or a Mickey Mouse!

To make sure that Animal Kingdom had everything the animals would need and the right look and feel, a team of seven Imagineers traveled all over the globe. Lead by the brilliant Imagineer Joe Rohde, the team traveled over 500,000 miles. That is the same as circling the globe 20 times.

Tree of Life Is Made Of 325 Animal Carvings

The centerpiece of Animal Kingdom is the massive Tree of Life. The 145 foot tall Tree of Life took artists and Imagineers 18 months to create the 325 unique animal carvings that adorn it. Before the plaster hardened on each carving, the artists had only between six and ten hours to work on them. And on top of the Tree of Life there are more than 103,000 artificial leaves. There are five different shades of green transparent leaves that actually blow in the wind on the Tree.

The Imagineers traveled to Nepal to research the culture, myths, and architecture to get every detail of Expedition Everest right. The mountain in the park is over 200 feet tall and takes up over six acres. Joe Rohde and the Imagineers wanted to get the feel of Everest and the the myth surrounding the Yeti correct. When you walk through the queue keep an eye out for the little details scattered about hinting at the the creature that lives in the mountains.

In addition to the one giant arboreal sculpture in the center of Animal Kingdom there are over four million trees, plants, bushes, and shrubs in the park. There is flora from every continent on the planet, except Antarctica. The plants had to match the areas they were meant to represent from around the world, especially in the the keystone attraction, Kilimanjaro Safari. In addition to the attention to detail with the plants, the Imagineers had to make the concrete track for the Safari vehicles looked authentic. Part of that was pouring the concrete and then rolling tires through it and throwing rocks and twigs in the wet concrete. This helped created a realistic African off-road.

Since it first opened, countless animals have been born at Animal Kingdom. The first baby born there was a Kudu, which is a large African antelope. Of the countless births at the Park, 40 of them were vital to the survival of a rare species of bird. The Guam Kingfisher is extinct in the wild and can only be found in captivity, and there are only about 145 alive in the world. Forty Guam Kingfisher chicks have been born at Animal Kingdom. That is almost a third of them in the world having come from Animal Kingdom.

Every day the Animal Nutrition Center at Animal Kingdom prepares over 1,500 individual or group meals. They go through over 10,000 pounds of food for 300 species throughout Animal Kingdom park and Animal Kingdom Lodge. That is a staggering amount of food prepared everyday. 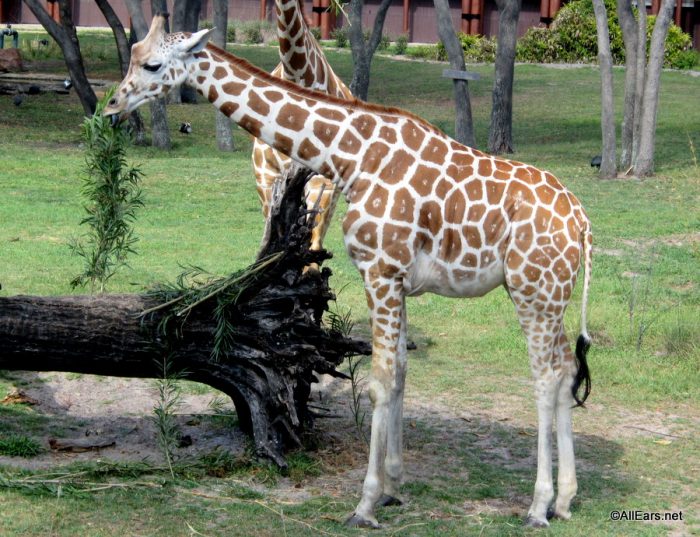 Donated over $70 Million to Animal Conservation

We love Animal Kingdom and learn something new every time we visit. Who knows what we will learn next time?

What is your favorite animal you can see at Animal Kingdom? Let us know in the comments.

Love Animal Kingdom? Check out the links below for even more from this beautiful Park!