To many casual vacationers, Walt Disney World is nothing more than a collection of theme parks and Resort hotels. Of course frequent guests and Disney aficionados know there’s much more to the complex, including water parks, miniature golf, and, of course, shopping at Disney Springs. However, even the biggest Disney World fans may not be know just how much the shopping and dining district has changed over the years, in everything from layout to even its name.

While there were no permanent residences built in time for the Vacation Kingdom’s October 1971 opening, permanent housing was still planned for for the area, and of course permanent residents would need somewhere to shop. Hence the 1975 opening of The Lake Buena Vista Shopping Village. One of the area’s most recognizable landmarks was the Empress Lilly, which opened in 1976. The large structure, built to resemble a full-size paddle steamer boat has held various seafood restaurants over the years, and it was one of the only structures to remain through every refurbishment of this area.

It soon became clear that the Shopping Village’s primary clientele wouldn’t be locals but rather guests staying at Walt Disney World looking for everything from toiletries to souvenirs. Therefore, less than two years after opening, the area’s name was changed to the Walt Disney World Village.

The area’s  first major transformation had its beginnings when Michael Eisner and Frank Wells took over leadership of the Walt Disney Company in 1984. When it came to Walt Disney World, by all accounts, the two were aghast at the company’s then-policy of not trying to actively compete with other area attractions, seeing it as a missed financial opportunity. Eisner specifically began pushing imagineers to develop methods of keeping guests on property for the duration of their stay in Central Florida, as well as developing attractions aimed at younger guests. Both of these philosophies combined to put a massive target on the back of numerous Orlando-area attractions, including a certain nightclub district.

The Church Street Station complex was a series of themed nightclubs, bars, and restaurants with one cover charge that had become immensely popular in the Orlando area by the mid-1980s, drawing not only locals, but Walt Disney World guests who wanted to blow off some steam after their theme park days. This didn’t sit well with Eisner, so he gave the greenlight to Disney’s own version of the Church Street Station concept: Pleasure Island.

Opening in 1989 – the same day as Disney’s MGM Studios theme park – Pleasure Island was a massive expansion of the Village area. The new area – which had a highly detailed backstory built around Merriweather Adam Pleasure, which likely requires its own full article to explain –  proved immediately popular with guest and locals alike thanks to innovative nightclubs like the Comedy Warehouse, Adventurer’s Club, and Mannequins as well as nightly New Year’s Eve celebrations. To distinguish it from Pleasure Island, the original shopping area’s name was changed once again, this time to the Disney Village Marketplace.

The area’s next evolution began in the mid-1990s, which saw the addition of a Planet Hollywood restaurant and the announcement that the whole area was to be expanded and rebranded as Downtown Disney. In 1997, these expansion plans were completed as Pleasure Island and the Market Place were joined by the new Downtown Disney West Side district. This new 66 acre expansion featured numerous new restaurants including the House of Blues and Bongos Cuban Cafe, a Virgin Megastore, a Cirque Du Soleil show, and (in 1998) the DisneyQuest indoor virtual theme park. In addition, the AMC theater was renovated, and the Marketplace’s character shop was expanded into the large World of Disney store.

Downtown Disney remained in this state until the mid-2000s, when Pleasure Island’s attendance began to decline. Initially, Disney attempted to remedy this by eliminating the overall cover-charge to enter the area, instead only charging admission for the clubs themselves. However, this failed to jumpstart the area, and by some accounts made things worse by attracting an “undesirable element” to the area. Finally, the Pleasure Island clubs closed down for good in 2008. While the Marketplace and West Side sections remained, the closure of Pleasure Island’s clubs left the middle of Downtown Disney feeling like a ghost town, and it seemed to many that it was only a matter of time before the whole complex was rethought.

The announcement finally came in 2010, when Disney announced that the Pleasure Island area would be retimed as Hyperion Wharf, an “early twentieth century wharf-themed entertainment area” featuring new shopping and dining locations. However, the project was announced to be on hold in July 2011, with little explanation… until 2013.

On March of 2013, Disney announced that the entire Downtown Disney District would be rethemed as Disney Springs. The entire area was given an in-depth backstory based around the titular springs, with inspiration taken from several real coastal towns in Florida. What had been Pleasure Island was rebuilt as The Landing, the town’s nautical hub, featuring numerous restaurants and shops including The Boathouse and the Indiana Jones-themed Jock Lindsey’s Hangar Bar.

The Marketplace was rethemed to appear as if “it was developed in the 1930s and displays the American Craftsman style of architecture.” Meanwhile, the West Side was also given an elaborate backstory in the new theme, having now supposedly been built “as a town expo in the 1950s. A pedestrian bridge connects the outlying area to the rest of the town. A circus tent (which serves as the theater for Cirque du Soleil’s resident production, La Nouba) and hot air balloon remain. The expo buildings now house Splitsville bowling lanes, an AMC movie theater, and a House of Blues, among other venues” according to Dave Hoffman, a creative director at Walt Disney Imagineering.

In addition to the re-themed areas, a new Town Center was built. The new area was described as featuring “architecture reminiscent of the 1920s. There are stucco facades, terra cotta tile roofs, coral stone, lovely fountains, and other Mediterranean touches typical of the era. Remnants of the old town remain. Ancient machinery sits unused next to a weathered sign, which indicates that the apparatus was used for a spring water ice works operation.”

All four areas were connected by a series of bridges that cross over the titular springs, which – – according to the narrative Imagineers created – the town was built around in the 1800s. 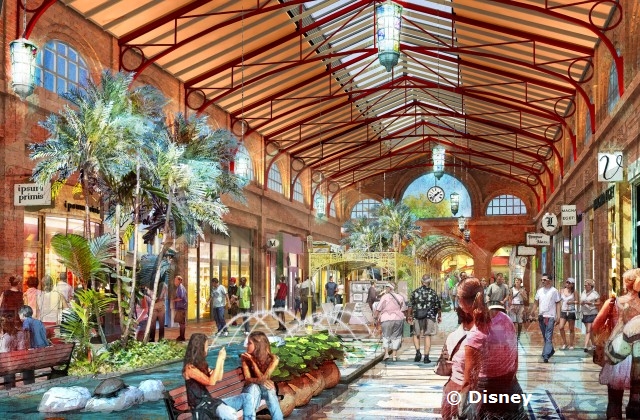 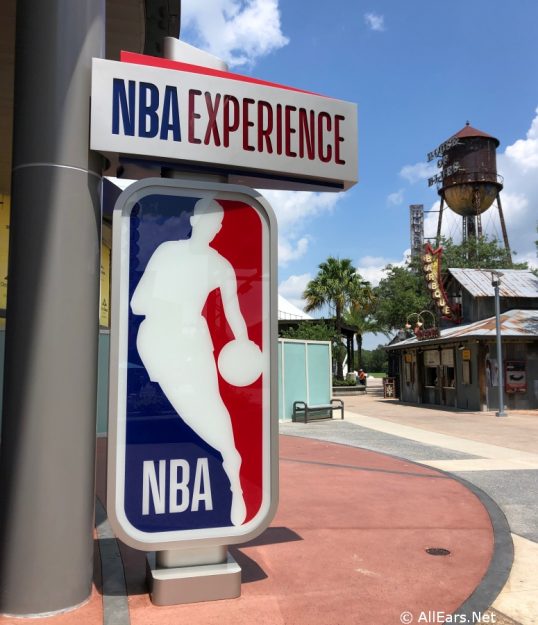 The complex’s name was officially changed to Disney Springs in September of 2015, and construction was completed in May of 2016. The area was immediately popular with guests, though some have expressed disappointment at the loss of so-called classic Disney elements and the large amount of high-end, expensive retailers. (Some have even referred to the Springs as a standard outdoor mall.) The area has continued to experience changes since its opening, including the NBA Experience replacing DisneyQuest and a new Cirque Du Soleil in development to replace La Nouba. In May of 2020, Disney Springs earned the distinction of being the first Walt Disney World property to reopen after the COVID 19 pandemic forced the entire complex to close in March.

What are your thoughts on Disney Springs? Do you like the current layout, or do you mourn for Downtown Disney, Pleasure Island, or even the Lake Buena Vista Marketplace? Let us know in the comments below.

5 Replies to “The Evolution of Disney Springs: From the Marketplace to Downtown Disney and Beyond”