I am BACK and ready for another Marvel movie! I’ve been watching all of them for the very first time, and I’ve survived Thanos’ snap and made it to Captain Marvel.

I haven’t gone in completely blind to a movie in a while — not since Doctor Strange. I haven’t met Captain Marvel in a previous film, and I know nothing about her (except that it’s Brie Larson because I’m not THAT out of touch).

So I guess…here goes nothing! She must be important if we’re meeting her in the 11th hour.

94 Thoughts I Had Watching Captain Marvel for the First Time

1. The whole MARVEL intro is Stan Lee, and it says Thank You Stan. I bet this is the first movie that came out after he died. *confirmed* TEARS.

2 Her blue nosebleed reminds me of an “Are You Afraid of the Dark?” episode that I vaguely remember being traumatized by.

4. I am curious who this “Supreme Intelligence” is.

6. So she remembers nothing from her past, yet Annette Bening is someone who inspired her? I feel like I too have amnesia cause I have no clue what’s happening.

8. I can’t figure out if these Skrull are humans? Trolls? Dwarves? Elves? It’s not good no matter what.

9. They kinda look like the not-Keebler elves from Thor 2. 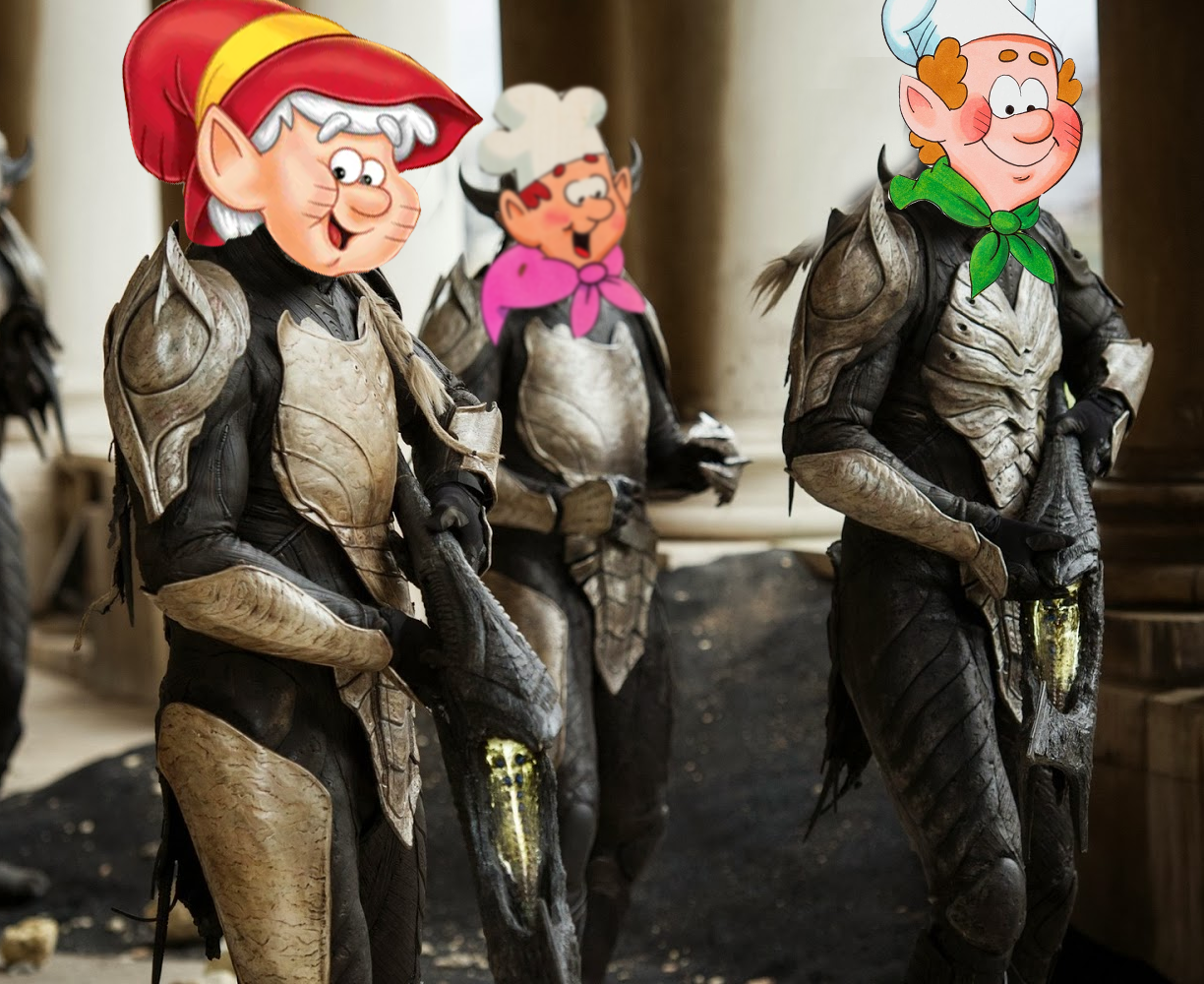 11. Are they gonna play volleyball in short denim shorts?

12. Wait, now she’s a small child? I think the Skrull are in her brain.

13. Annette Bening is there!! Must be why she inspires her? Seems like that’s what the Skrull want though.

17. Seems like these bad guys are v. into the whereabouts of Annette Bening. Also like she was her fighter pilot commander. I am confused, but I *Think* I am on the right track.

21. Pay phones! OMG this is a glorious throwback journey.

24. Nice of the bad guy to help the old lady even in the middle of trying to murder Brie Larson.

27. But the real one does have a SWEET cell phone.

28. It would be really difficult to fight an enemy that could be literally anyone.

29. Is THIS the movie I find out what happened to Fury’s eye?!

31. OH NO!!!! Glasses guy is bad. And weirdly smelling the dead Skrull?

32. I wonder if they even had to CGI Nick Fury’s face considering Sammy L looks the EXACT same now. He’s ageless.

33. I am enjoying her matter of fact quippiness and their back and forth.

36. One million dollars that Brie Larson is the pilot that crashed with Annette Bening.

38. Named “Mar-vel”????? All I can think of is when Phoebe calls her grandmother “Nes-tle Tollhouse.”

40. Getting a weird vibe from Jude Law.

42. Of COURSE she’s gonna know how to fly the jet.

45. I also kinda love that Brie Larson is bossing around Fury, because that DOES NOT happen in the present-day films.

46. This little girl is SO CUTE. I too would spill ketchup on an important jacket.

47. Her friend is surprisingly calm for having this green alien in her house, and another one replicating her outside with her daughter.

48. He doesn’t seem so bad, actually. Is it his Australian accent?

50. Is it weird I’m sad I can’t hear the dial up noise as they use the computer?

51. I KNEW JUDE LAW WAS GIVING ME A WEIRD VIBE.

52. Is THIS how she got her powers? All signs point to yes.

53. OMG the other half of her dog tag. It’s like a weird best friend necklace.

55. “You’re smart and funny and a huge pain in the ***.” -Her friend, also probably all of my friends. I’d say that’s the key to a good friendship.

56. I am 99% sure Australians are unable to be the villains. Also, Canadians.

58. OMG the little girl helping her with her outfit!! My heart.

59. When it comes to the Supreme Intelligence…does Jude Law….see Jude Law?

60. The space guy Jude Law is Hologramming with looks familiar….is he from another movie or are all space guys running together?

61. “Why would I turn into a filing cabinet? LOL

62. THE TESSERACT!!!! That word means something to me now. A month ago that would have been gibberish. What a ride this has been.

63. Crying at the green guy and his family reuniting. This is what I’ve come to.

65. I’m a little concerned how frequently humans just casually go to space in these films. Are Fury and Maria not having trouble breathing???

68. This movie is now a weird version of “Inside Out” with her core memories.

69. “I’m only human” as she continues to get back up over and over again.

72. And her hair still looks AWESOME.

73. GOOSE REALLY WAS A MONSTER. HAHAHAHAHA

74. All my cat does is knock over cups and terrorize my dog. He clearly needs to step it up.

75. Adding No Doubt’s “Just a Girl” to my workout playlist.

76. Love that Goose is basically a cat good-guy detector.

77. OMG JUDE LAW DID NOT JUST SHOOT THAT ALIEN IN FRONT OF HIS CHILD.

79. WAIT. That IS a bad guy from Guardians. Oh man. It’s all coming together.

84. LOVE that her dope bomber jacket is in her uniform.

86. “We have no idea what other kind of intergalactic threats are out there.” LOL understatement.

92. LOVE THE WILL RETURN SCREEN.

93. OMG every pet owner know this gagging sound all too well.

That was fun! LOVE me a lady hero — and she’s the first one to be the LEAD in a film. And she’s clearly the most powerful hero — guess that’s why she’s the Captain. I bet that comes in handy in Endgame!

I very much enjoyed all the 90’s callbacks, and the zippiness between Carol and Fury. And SPEAKING OF FURY — I am delighted I finally found out what happened to his eye. Especially considering it was a cat. I can’t believe I waited 21 movies for that.

Overall, I liked Captain Marvel more than some of the origin stories (sorry Thor), but not as much as others. But I see now why we had to meet her before the BIG ONE.

Want More of my Marvel Reviews?

10 Replies to “I FINALLY KNOW WHAT HAPPENED TO FURY’S EYE: 94 Thoughts I Had Watching ‘Captain Marvel’ for the First Time!”