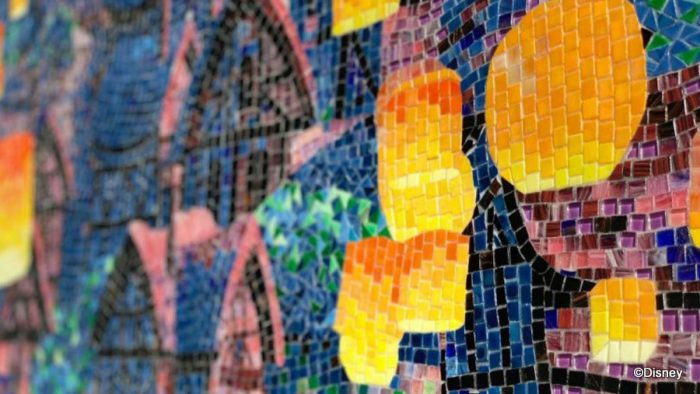 Can you guess what Disney film inspired this little wonder? 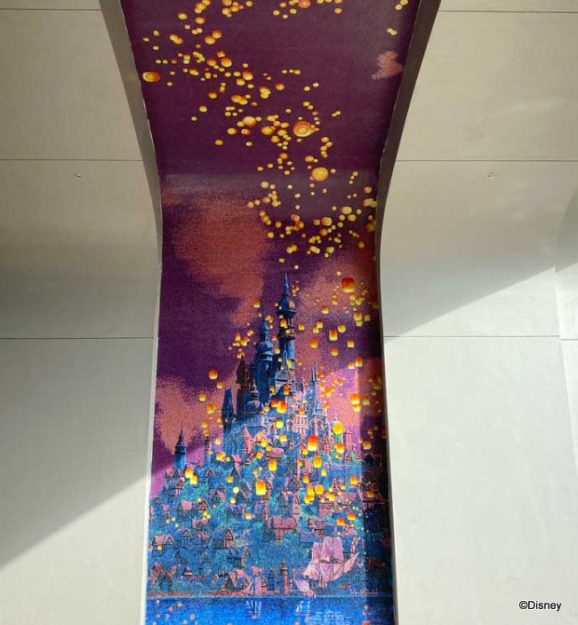 Disney Parks Blog shares that this masterpiece features over a million hand-cut tiles to depict the breathtaking image of lanterns floating over the Kingdom of Corona. That’s nearly double the amount seen in the Peter Pan mural, and this is only part of the picture. 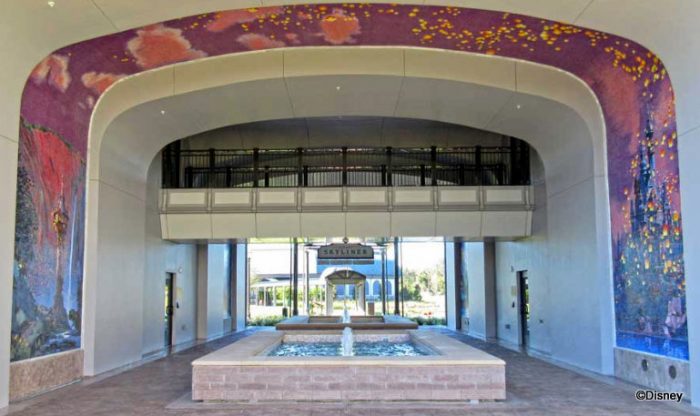 The final piece rises over twenty feet in the air and depicts Rapunzel’s tower as it gazes longingly at the festival in distant Corona. Both this and the Peter Pan mural were inspired by the magic of flight; an appropriate choice, considering the role the Skyliner will play when the Riviera Resort opens on December 16!

Did you guess right? Let us know what you thought in the comments!

The WEIRDEST Disney World Magic Shots of All Time!