The shipwrecked Swiss Family Robinson’s home is recreated in this giant tree, situated in Adventureland in the Magic Kingdom, just before you reach the Jungle Cruise. 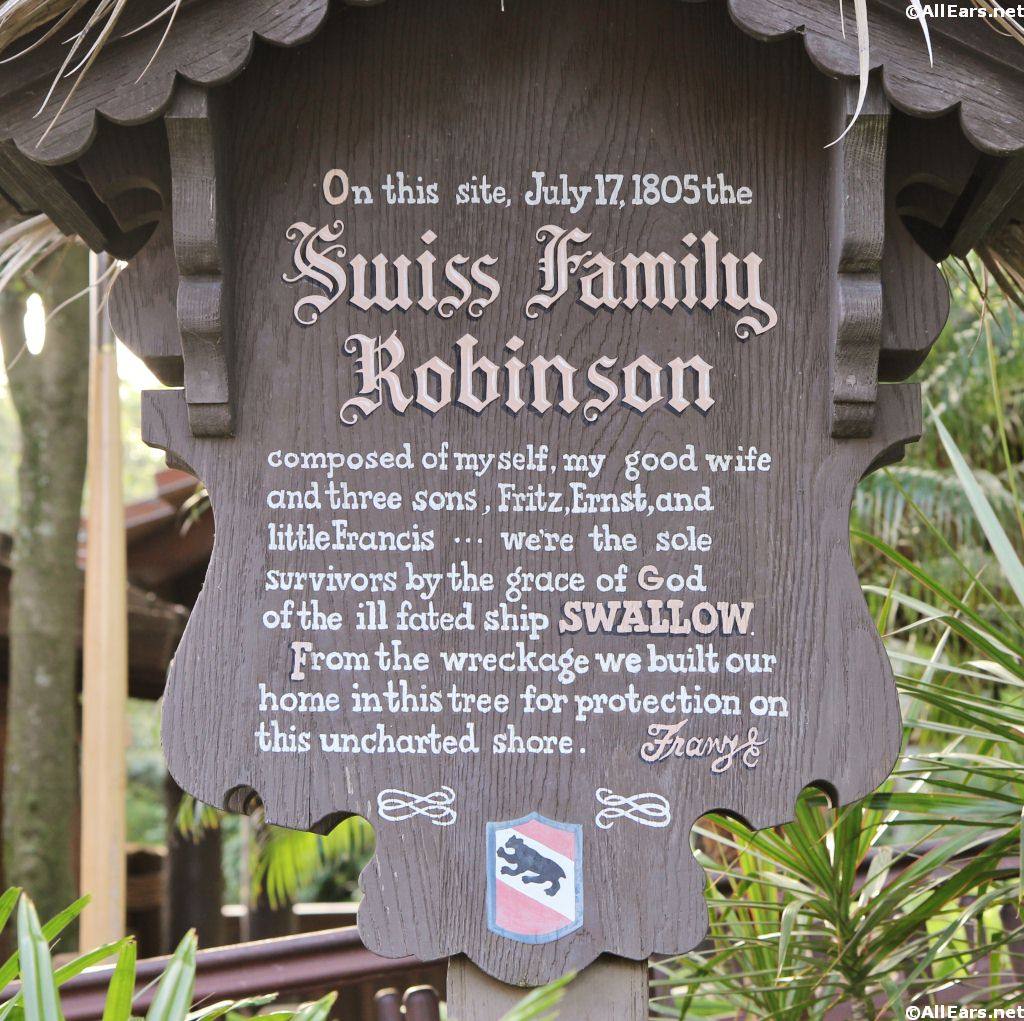 Disney’s 1960 live-action film “Swiss Family Robinson” was an incredibly popular film in its day and this attraction pays great homage to the movie! The make-believe tree beautifully recreates the home the shipwrecked family in the movie builds for themselves, right down to the organ in the “living room” and the skylight in the parents’ bedroom. 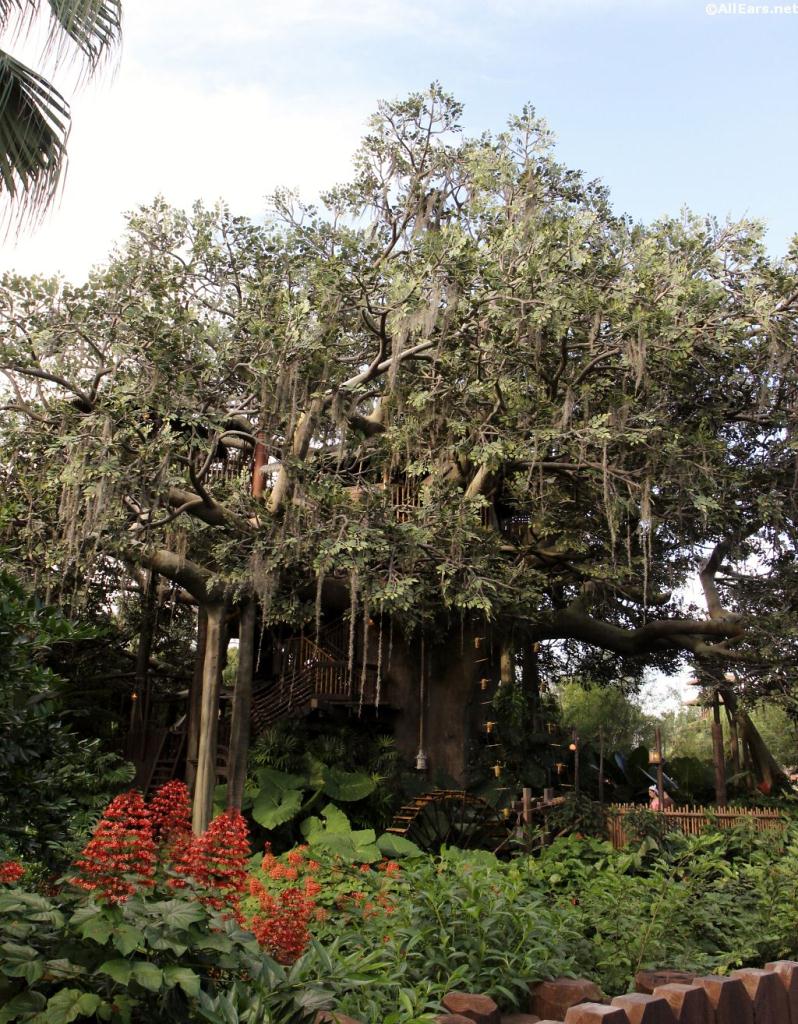 In the film (and the attraction), a shipwrecked family of five salvages material from their downed ship, the Swallow, to create a home among the leaves of a huge old tree on a South Seas island. There are bedrooms, a living room, a kitchen and a library, all set up just like other 19th-century homes. Eventually, the family has to battle a band of pirates, and then they are rescued — well, sort of. You have to see the movie! 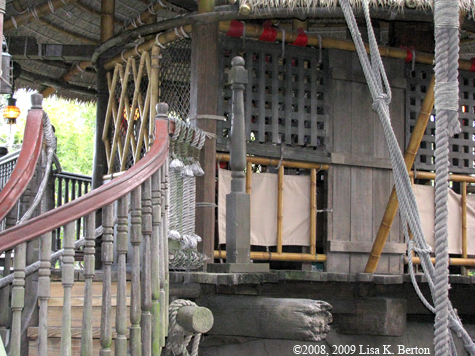 As you climb the steps of the Swiss Family Treehouse, you pass through the various rooms, with explanatory placards that tell the story of the Robinsons. You get close-up views of each of the rooms, which feature furnishings from items salvaged from the wrecked vessel. There’s a lantern, a log book, ornate railings, and, standing prominently in the living room, the ship’s wheel from the Swallow. Ropes from the ship drive a water-wheel system that dips buckets of water from the stream, carrying it to the top of the tree. Books are open, the dinner table is set and the family pipe organ plays happily — in fact, there’s a feeling that the Robinsons could walk in at any moment. 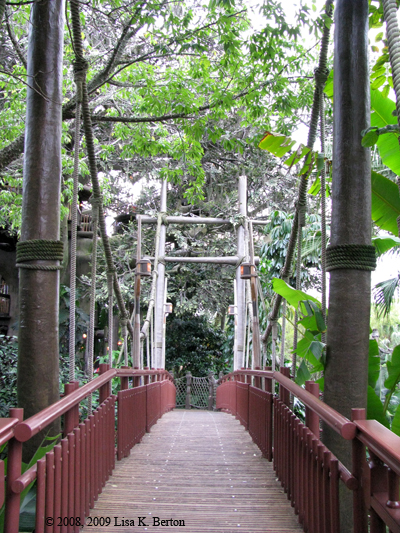 At the top of the tree, you look out on to Adventureland below — there’s a view of the winding river and Jungle Cruise, giving the feeling of being in the middle of a tropical island. 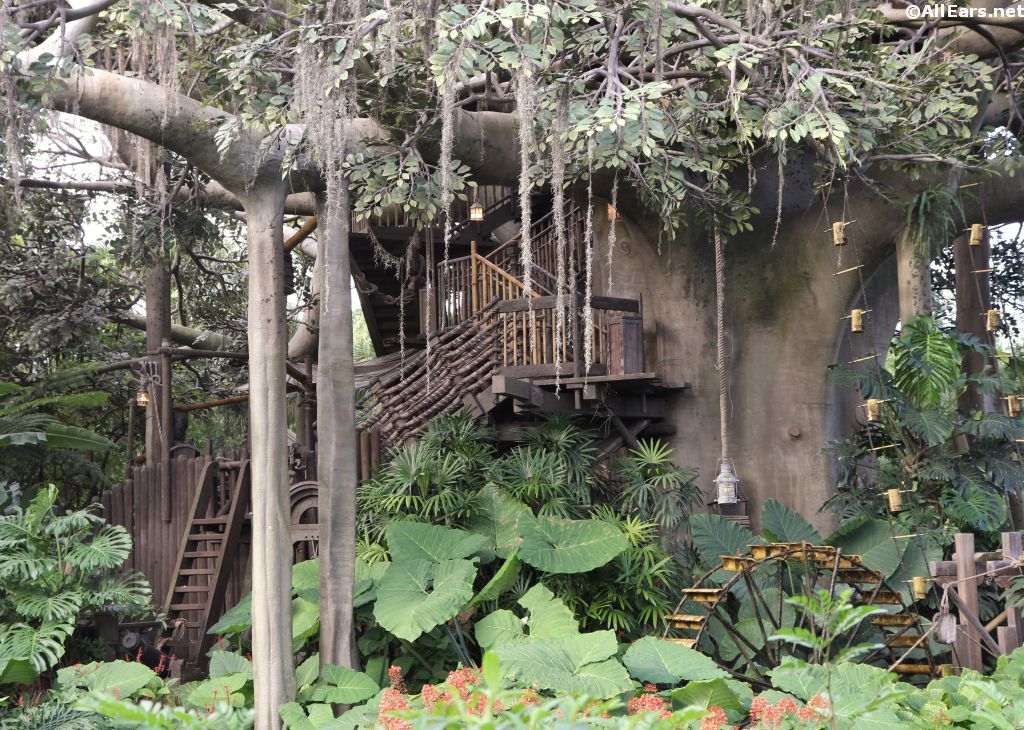 You must be ambulatory to experience this attraction. It involves a lot of walking and climbing stairs — 116 steps, to be exact!

If you walk through without pausing too much, the entire walk-through should take about 15 minutes.

Don’t miss the plaques throughout the tree (left) that tell, in journal form, the story of the Robinsons and their sons: Fritz, Ernst, and Francis.

The 60-foot-tall treehouse has been a favorite Adventureland attraction since the Magic Kingdom opening in October 1971.

The tree’s structural root system goes four stories into the ground (42 feet) below the tree.

The moss is real, but the more than 330,000 polyethylene leaves are not! The tree itself is made from cement and steel.

The tree has a 15-foot trunk and nine main limbs.

The entire attraction weighs about 200 tons.

While the tree is meant to be a banyan tree, Disney has named it “Disneyodendron Eximus,” which means approximately “an out of the ordinary Disney tree.”