Whatever Happened to River Country? The History Behind Disney’s Abandoned First Water Park

Would you believe that the Walt Disney Company allowed a full theme park to rot away in the middle of Walt Disney World for nearly two decades? We’d forgive you for being skeptical, as the story sounds completely antithetical to Disney’s usual M.O.. However, it’s true. This is the story of that park – River Country – from its construction to its awkward closure and what the future holds for the land. 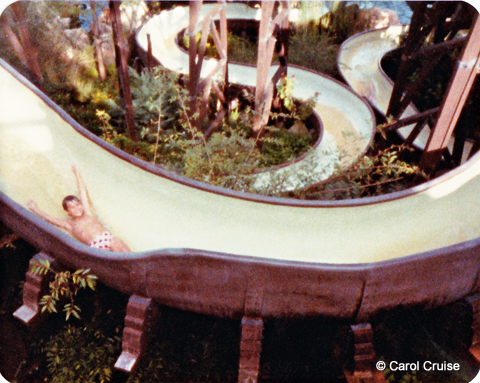 River Country opened on June 20, 1976, near the grounds of the Fort Wilderness Resort & Campground. The park was one of the first major additions to Walt Disney World after its 1971 opening, and was one of the earliest fully-themed water parks ever built. 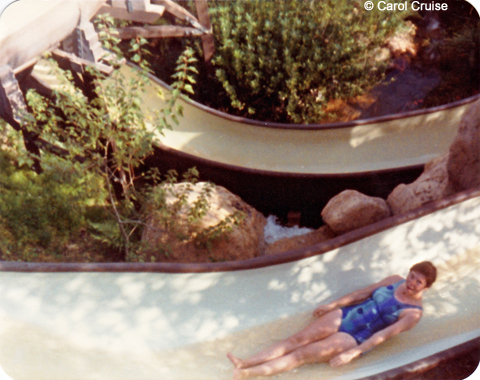 Themed as a “Tom Sawyer swimmin’ hole,” the park – which was originally known as Pop’s Willow Grove in development – continued numerous water-based attractions that would become industry standard at water parks in future decades. These included large water slides, an inner-tube river, a sand-bottom lake, and a play area featuring tire swings and bridges. 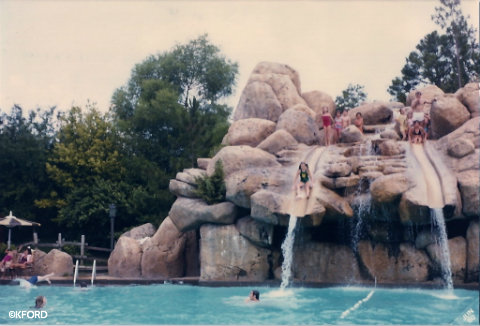 The park was also known for its unique filtration system, which used fresh water from the adjacent Bay Lake. The water was cleaned and filtered and used in the park’s attractions, meanwhile the he park’s water sat at a higher level than the lake’s, which ensured that unfiltered water from the lake couldn’t enter the park.

River Country was a staple of the Walt Disney World attraction lineup for 25 years, and over that period it was witness to the evolution of the vacation kingdom. When the park opened, the entire complex was made up of the Magic Kingdom theme park, two resort hotels, a campground, and a small shopping village. By 2001, that roster had expanded to include three more theme parks, over 30 hotels, and – perhaps most damaging to River Country in the long run – two more water parks.

While River Country was revolutionary when it opened, by the turn of the century, the park had not only been surpassed by outside competitors, but also by Disney’s own Typhoon Lagoon (opened 1989) and Blizzard Beach (opened 1995).  Up against those heavily themed thrill parks, the comparatively tiny River Country felt positively quaint. In turn attendance began to suffer, and by 2001, Disney’s first water park was living on borrowed time.

The proverbial “other shoe” dropped on November 2, 2001, when River Country closed for its annual winter refurbishment… and didn’t reopen with the other two water parks. Disney initially remained silent on the issue for months before releasing a statement in 2002, which said the park would be closed for the remainder of the year. The park remained closed in 2003 and 2004 before Disney officially announced in 2005 that River Country was closed for good.

There have been many theories bandied about online as to why River Country closed. One of the primary theories revolves around the idea that the closure was due to a brain-eating amoeba that was present in the park’s water. This rumor likely grew out of the death of of an 11-year-old boy who did in fact contract a fatal case of amoebic meningoencephalitis from the park’s water. However, that incident occurred in 1980, 21 years before the park closed. There were also two tragic drowning deaths at the park during the 80s, neither of which had anything to do with the park’s closing. Rather, the biggest reason for River Country’s closure is that the park simply couldn’t sustain demand next to its much larger siblings, especially in the midst of the massive travel slowdown following the attacks of 9/11. 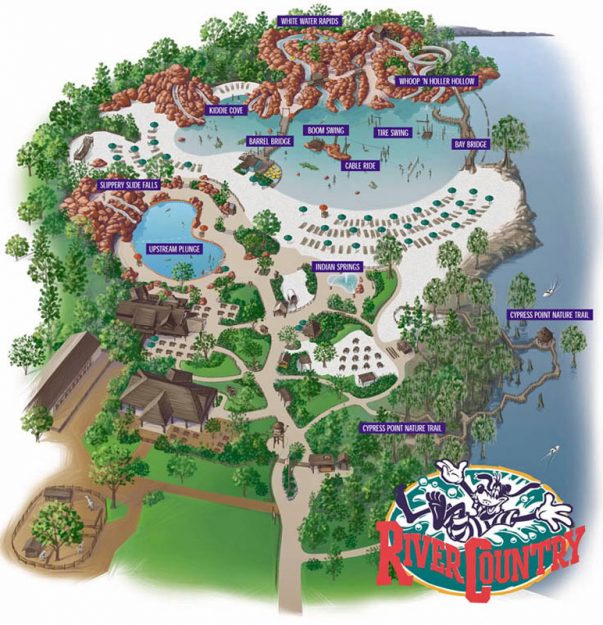 However, the park’s closure isn’t the end of its story. Disney, uncharacteristically, didn’t demolish River Country after its closure. Instead, they simply fenced off the park and allowed it quite literally to rot.

The park’s Life After People-like state attracted many urban explorers who illegally broke-in to explore and document the crumbling slides and pools, sharing their images on the internet for all the world to see. This led to River Country attaining an almost cult-like fame among many, even those with little interest in the rest of Disney’s parks.

Disney finally began work on the site in 2016 by filling in the Upstream Pool. Over the next two years, the company continued tearing down and removing the park despite making no official announcement of what they’d be doing with the land. Finally, in October of 2018, Disney announced that the new Reflections – A Disney Lakeside Lodge vacation club resort would be constructed on the site.

The resort, which will features rooms and theming based on films including  Bambi, The Fox and the Hound, Brother Bear, Pocahontas, and The Princess and the Frog, is scheduled to open in 2022.

So River Country truly is no more, and the space will be transformed, perhaps forever ending the saga (and intrigue) of the World’s original water park.