Once Upon a Time Cinderella Castle Projection Show Magic Kingdom

ONCE UPON A TIME HIGHLIGHTS: Classic Disney fairy tales light up Cinderella Castle with the projection show “Once Upon a Time. 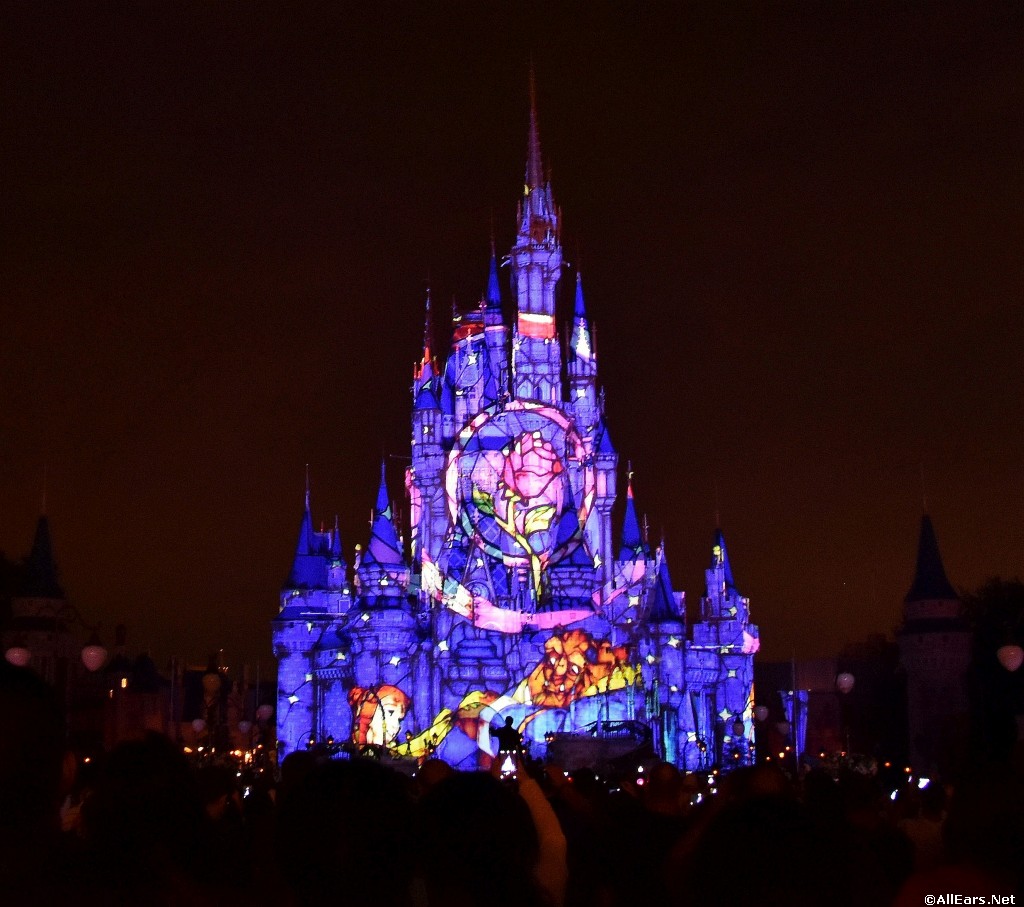 The show uses projection-mapping technology to produce a three-dimensional effect that fits every nook and contour of the Castle, from its base to the tips of its towers and turrets. 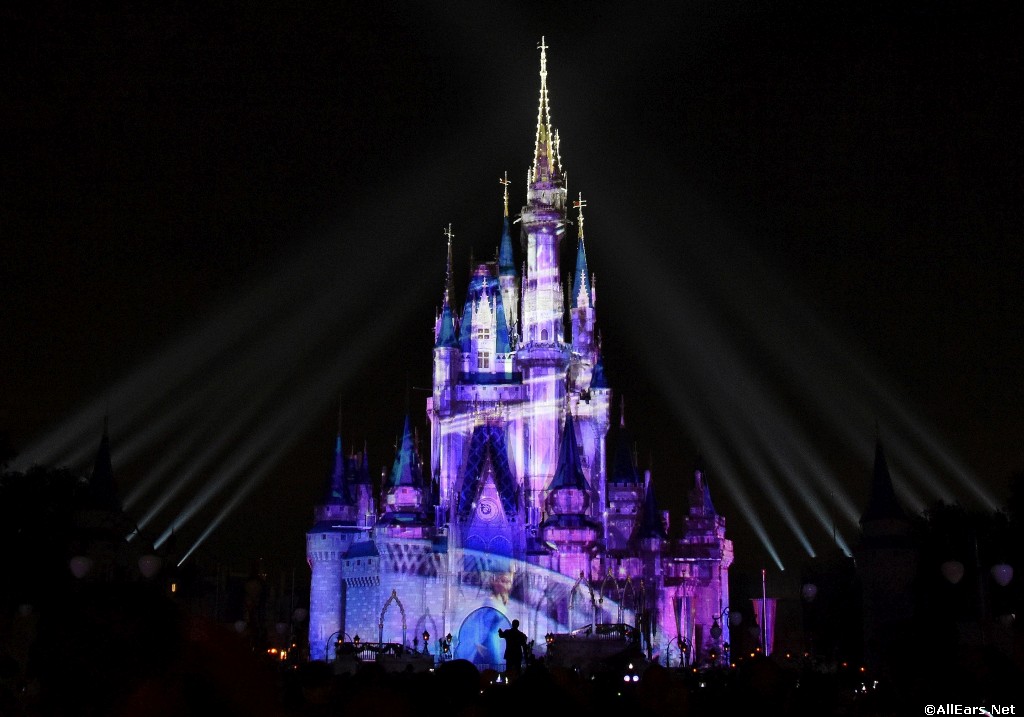 The show is narrated by Mrs. Potts (of Beauty and the Beast fame), who shares “once upon a time” bedtime stories with Chip. The show culminates with classic scenes from Beauty and the Beast and a grand finale featuring characters from some of Disney’s most beloved animated tales and fireworks bursting above the Castle. “Once Upon a Time” takes its inspiration from a projection show at Tokyo Disney Resort. 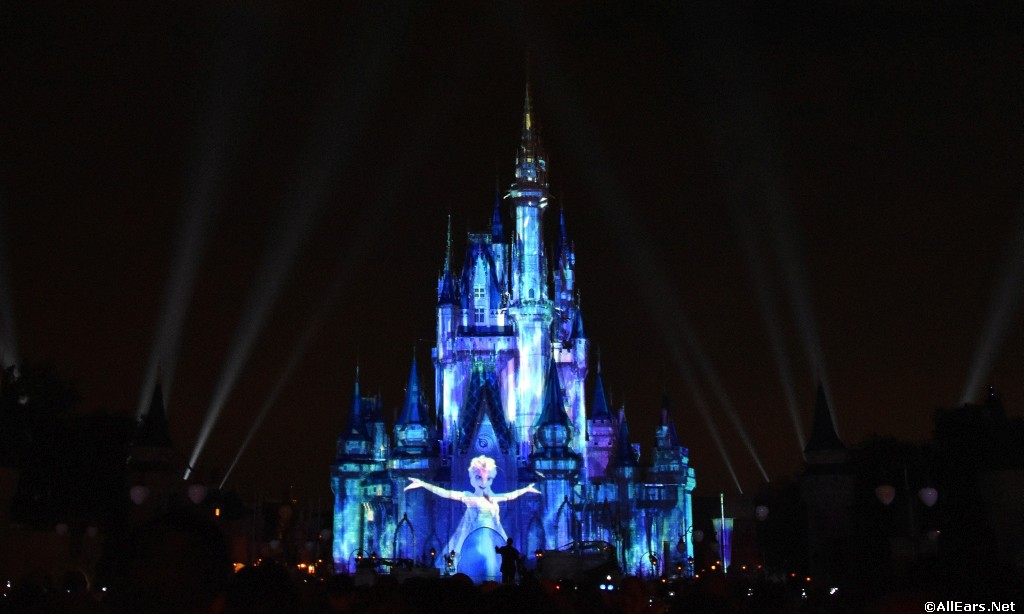 The best places to watch the show are on Main Street in front of the castle, but far enough away to appreciate the entire castle — standing at the Partners Statue, or a little further back in between Casey’s Corner and the Main Street Ice Cream Parlor.

The show is delightful and often overlooked by guests. We highly recommend staying to watch it — especially so you can avoid the lines for transportation at the immediate end of the night. 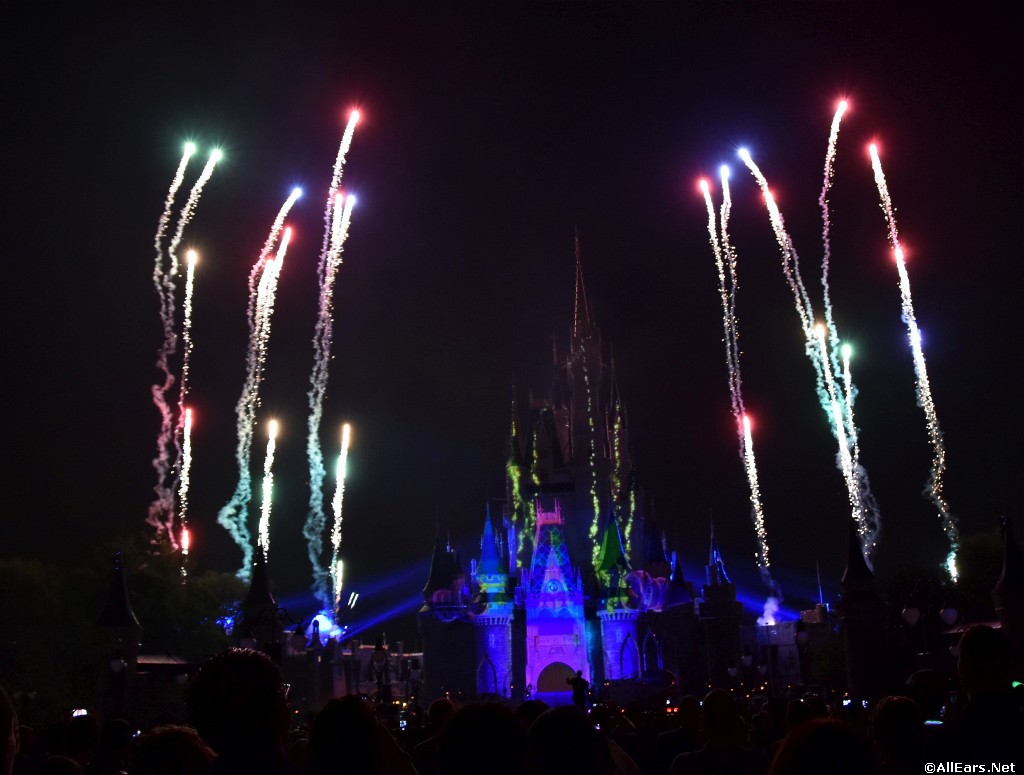 Check the Times Guide for show times. It usually takes place after the Happily Ever After Fireworks Spectacular.

Celebrate the Magic, a nighttime projection show on Cinderella Castle, which debuted in November 2012, ended November 3, 2016. It had replaced the previous show, The Magic, The Memories and You, which ended on September 3, 2012.