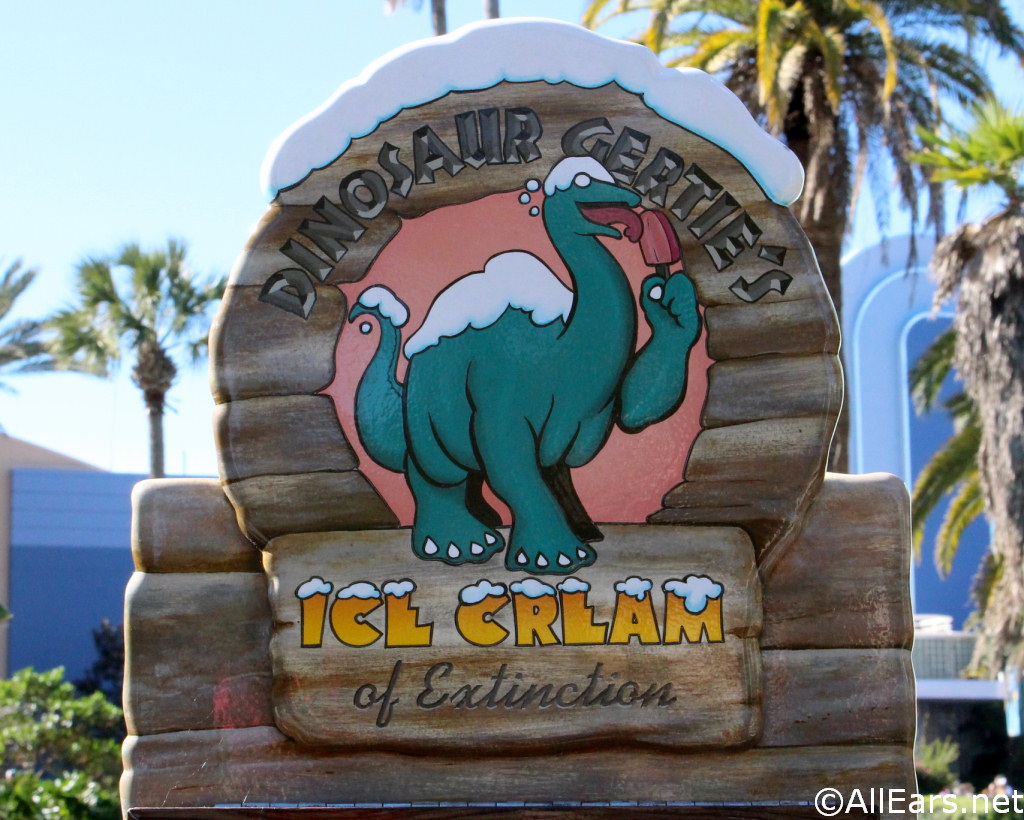 This ice cream and snack stand is located the edge of Echo Lake in the shade of a towering brontosaurus named Dinosaur Gertie.

The dinosaur is actually a replica of the "California Crazy" architecture popular in the 1940s and 1950s.

In the early 1900s, Gertie the Dinosaur was one of the first cartoon characters to have emotions and a personality. She was popularized by Windsor McCay's vaudeville act. Walt Disney's business partner at the time, Ub Iwerks, saw Gertie and told Walt about her. They began to study the ways McCay was able to "bring her to life." Inspired by McCay's work, Walt and Ub began to learn all they could about animation.

If you look around the ice cream stand you can find the footprints Gertie left a long time ago.