When Disney World began its phased reopening, a number of health and safety precautions were put into place, including the enhancement of contactless experiences for guests. 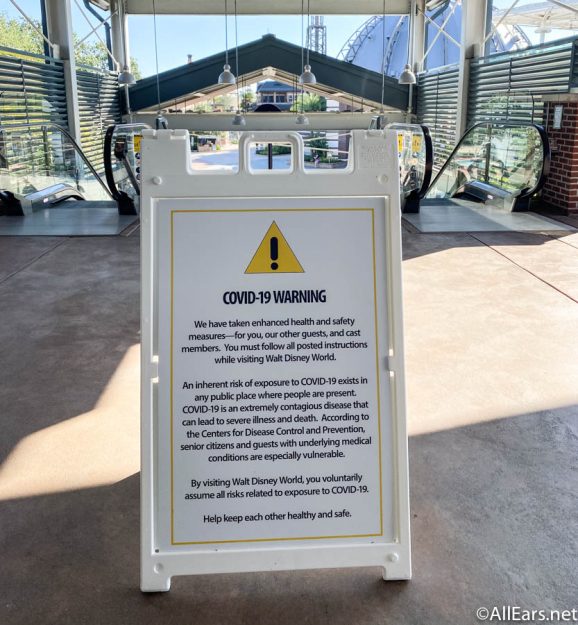 During our visit to Disney World this week, however, we started to notice some interesting changes at attractions that use 3-D glasses.

We noticed these changes at Toy Story Mania and Star Tours in Disney’s Hollywood Studios, as well as Mickey’s PhilarMagic in Magic Kingdom.

When the parks first reopened, the 3-D glasses were either handed out to you by a Cast Member, or the glasses were spaced out in their self-serve trays, making it very easy for a guest to grab one pair without worrying about touching anything else. And in some cases, like on Star Tours, the glasses were still fairly spaced out when we visited this week.

But that wasn’t always the case, however, as the glasses also seemed to be much more packed together in their trays. This was especially true at Toy Story Mania, which made it very difficult to grab a pair of glasses for ourselves without touching other glasses in the tray.

In these queue areas, we have noticed hand sanitizer dispensers just before the areas where the glasses are located. We’ll keep checking in on Disney World’s attractions to cover further developments in their health and safety measurements!

Click here to learn more about how Disney World is preparing to bring park hopping BACK!

Do these changes to the 3-D glasses distribution make you less likely to experience those attractions? Let us know in the comments!