Love it or despise it, Finding Nemo Submarine Voyage is full of interesting facts and Disney history.

Climb aboard as we share six fun facts about Finding Nemo Submarine Voyage!

Disneyland has the eight largest submarine fleet in the world.

It’s true! With a total fleet of eight submarines, the Finding Nemo Submarine Voyage has one of the largest collections of submarines in the world!  The attraction has also had the same eight submarines in operation since opening day, although over the years they have all received a paint job or two. Originally, the submarines were a military grey color until the attraction’s first major update in 1986. That was the first time the submarines donned their now infamous yellow hue to more closely resemble research submarines as opposed to military submarines.

Most of the submarines have had their names changed over the years.

The submarines were christened on opening day.

As mentioned before, one submarine has never had its name changed. Nautilus, has had the same name since 1959. This was the submarine that was christened on opening day. The christening was performed by Mrs. Mildred Nelson, the wife of the chief machinist on the real USS Nautilus, the first nuclear-powered submarine.

There are actually TWO ways to experience this attraction.

There are two predominant barriers of entry when it comes to experiencing the Submarine Voyage. First, the only way to board the subs is through a very narrow, steep staircase. This makes it extremely difficult for anyone with mobility issues to board the ride safely. Once guests are on board, they will find that it is rather cozy (read: super cramped) inside the submarines, and some may experience claustrophobia. 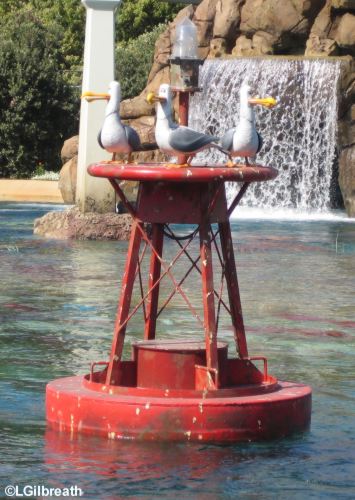 To remedy both of these scenarios, there is an alternate experience for this ride. If you ask a Cast Member for the “Marine Observation Outpost”, they will bring you to a separate room by the queue area which offers a very spacious way of watching a video feed of the ride. The room is large enough for an entire party to experience the attraction together.

There are tributes to 20,000 Leagues Under the Sea throughout the attraction.

The original version of this ride, 20,000 Leagues Under the Sea, was an imagineering feat back when it first opened in 1959. The ride featured live performers as mermaids swimming around the lagoon, and guests would encounter creatures such as sea serpents during the ride. Both of these characters can be seen on Finding Nemo Submarine Voyage. 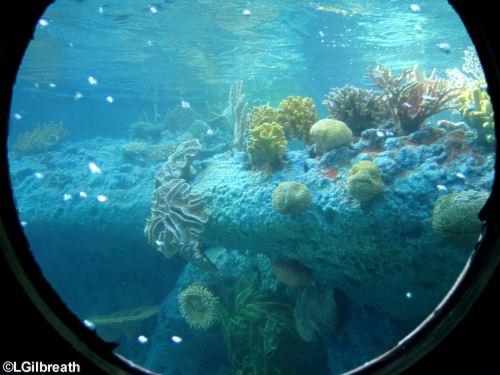 Towards the end of the ride, as you make your way back to the surface, listen carefully for the captain to mention of sea serpents and mermaids. If you look carefully at the rocks underwater, you’ll notice that they form the shape of a mermaid as well as a sea serpent!

When the submarines closed in 1998, Disney deemed the attraction too costly to keep operating.  Fans both inside and outside of the company lobbied to bring the attraction back, and in 2001 there were rumors that the ride was set to reopen based on the film Atlantis: The Lost Empire. Due to the films poor performance at the box office, that idea was shelved. Finding Nemo opened in 2003 and would quickly become the most successful animated film ever at that time, and the opportunity arose to re-theme the submarines to match the film.The current version of the attraction opened on June 11, 2007. To this day it continues to be one of the most costly attractions to keep in operation.

Have you been on Finding Nemo Submarine Voyage? Share you experience with us in the comments!