You are a toy! A child’s plaything! And when you dine at the new table-service restaurant coming to Toy Story Land in Disney’s Hollywood Studios, you’ll find out what it’s like to dine while shrunken to the size of a toy. 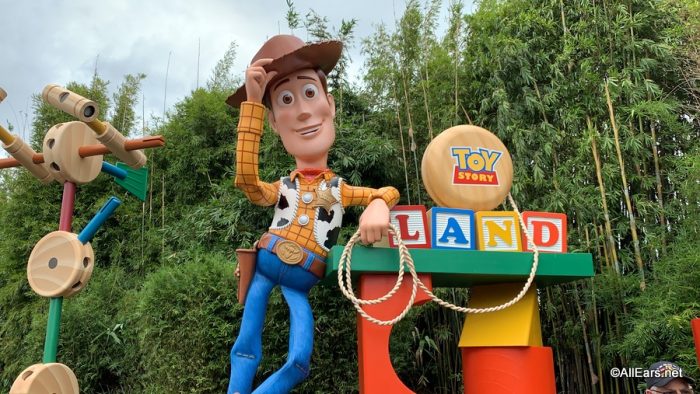 Announced back in April (see that here), the all-new Roundup Rodeo BBQ will join the land’s popular counter-service spot, Woody’s Lunch Box. Roundup Rodeo BBQ will be themed to feel like a rodeo run by Andy’s toys. The structure itself is supposed to look like Andy made it out of cardboard and tape — just like any creative kid might.

Today Disney announced that Roundup Rodeo BBQ will be opening in 2020. Along with that, some new concept art was released showing the entrance to Roundup Rodeo BBQ. Carrying along the feeling of being shrunk down to toy size in Andy’s backyard, the entrance will feature Tinkertoys, blocks, and K’nex decorations outside.

We’re expecting Roundup Rodeo BBQ to serve up some real food — not pretend, despite diners being honorary toys. And when that menu is released, we’ll bring it to you!

Are you looking forward to this new restaurant? Let us know in the comments.

Learn more about Roundup Rodeo BBQ at the links below.

One Reply to “We’re Not Playing: Disney Has Revealed the Opening Timeframe for Hollywood Studios’ Roundup Rodeo BBQ”