I have been working my way through the Marvel Films for the VERY FIRST time (12 years too late but who’s counting), and I’ve made it to Thor!

As always, I have NO idea what this is about, but I do know Chris Hemsworth is in it and there’s an important hammer, which requires me to say the following:

80 Thoughts I Had Watching Thor for the First Time 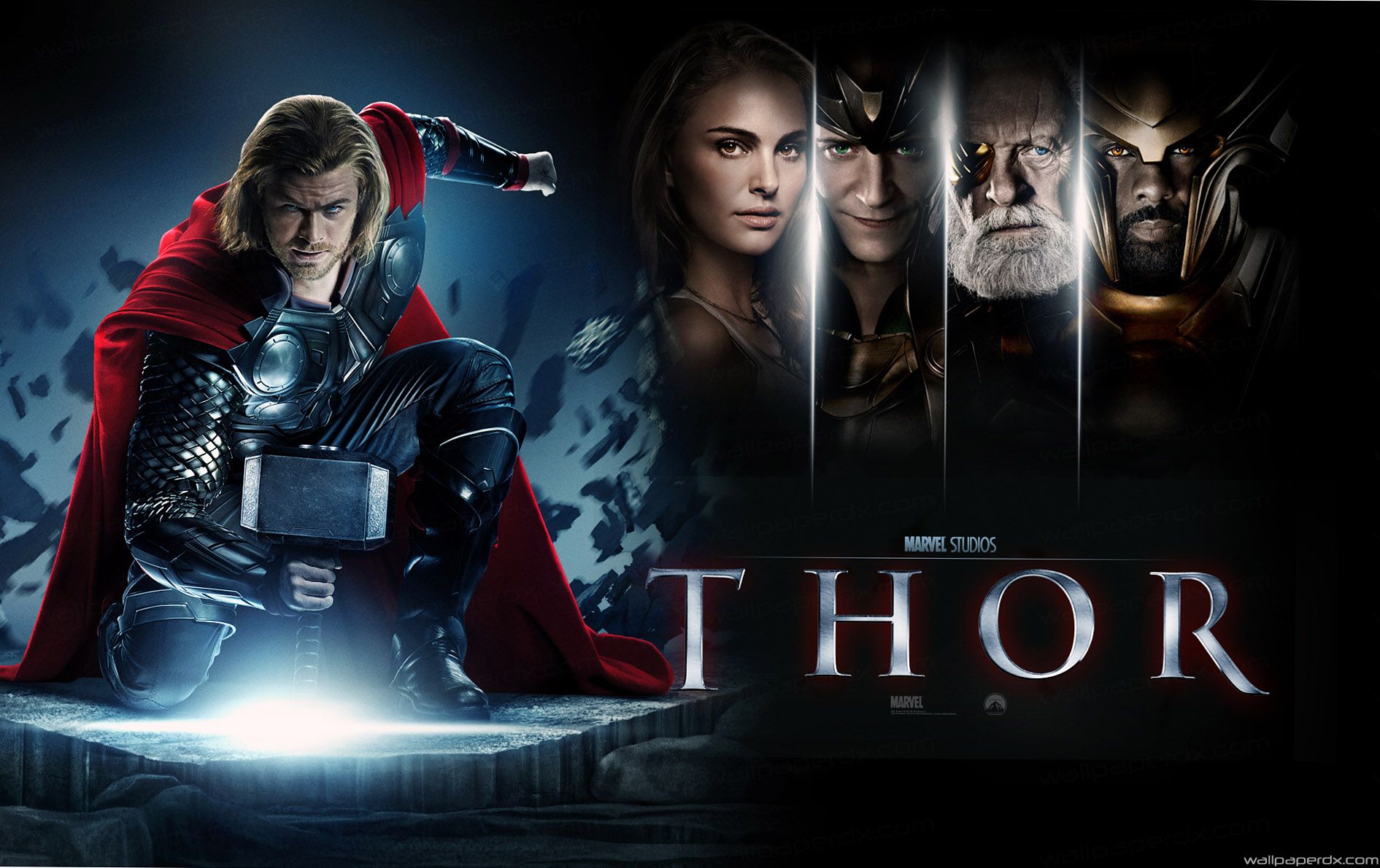 1. Starting in New Mexico — I bet we see Agent Coulson at some point. (Self-five for remembering his name.)

3. I am enjoying the mythology aspect of this one vs. the sciencey/tech origins from Iron Man and Hulk.

4. That was a white walker right? You just need dragonglass to kill them, everyone knows that. Is that what the hammer is made out of?!

5. Ok so Asgard is like…Mount Olympus? The gods house? I *think* I am following. I should probably stop getting up to get snacks and focus.

6. ANTHONY HOPKINS!? Sir Anthony Hopkins?! Uber famous people showing up in these movies does not get old.

7. This blonde kid is obviously baby Thor. Going completely based on words my friends have said, I am going to guess the other kid is Loki? That’s a person right? Either way… nice little sibling rivalry set up.

8. Seeing grown up Thor I realize, this is already way better than the Incredible Hulk. For….reasons. *heart eye emoji*

9. Whenever I hear the word Mjölnir I just think of Queen Donna Meagle:

10. So….there’s like an upside down alternate reality where the bad guys are?

12. OH yikes that is like the King White Walker.

13. Brother Loki (I am calling him that unless proven otherwise)  watching Thor and his dad fight is me when couples start arguing in front of me at the grocery store.

14. OOOOH man Loki is STIRRING the pot. “You def. have a reason to be mad just saying big bro.” A Slytherin move if I’ve ever seen one. Respect.

20. He just went through the lizard!!! He stole that move from Ian Ziering in Sharknado, didn’t he.

22. WHAT REALM IS THIS?! HOW DARE YOU ATTACK THE SON OF ODIN! Lol. I hope he continues to talk like this the whole time he’s on Earth.

23. Obviously only Thor is gonna be able to wield the hammer right? Like he’s got to earn the respect and prove himself first, but it’s totally his hammer.

24. OMG THEY ARE TAILGATING FOR THE HAMMER LIFT. This is gold.

29. S.H.I.E.L.D. Gamma Radiation. These words are starting to have meaning.

30. Loki has a lot more swagger than I initially gave him credit for.

31. Obviously Natalie Portman and Thor are love interests but I am not sure they actually have any chemistry, despite both being fantastic actors.

33. This guy picked a bow and arrow….seems like a very specific and  important choice.

34. I *think* the bow and arrow guy is another superhero??? That’s part of the fun of these huh?

35. IT’S HAMMER TIME! (Except, I don’t think he’s going to be able to pick it up yet because he hasn’t proven himself. *3 seconds later* I am correct.)

37. Loki is evil but I low-key love him (had to) and how well he is playing the game. (This is still just Game of Thrones, right?)

38. Should “Donald Blake” mean something to me or is that more of a Marvel comics deep cut thing?

39.  OOOH now Loki is cutting deals with the White Walkers?! He is seriously channeling Cersi Lannister. And for the record, I loved Cersi Lannister. She was evil, but she played the game better than anyone. 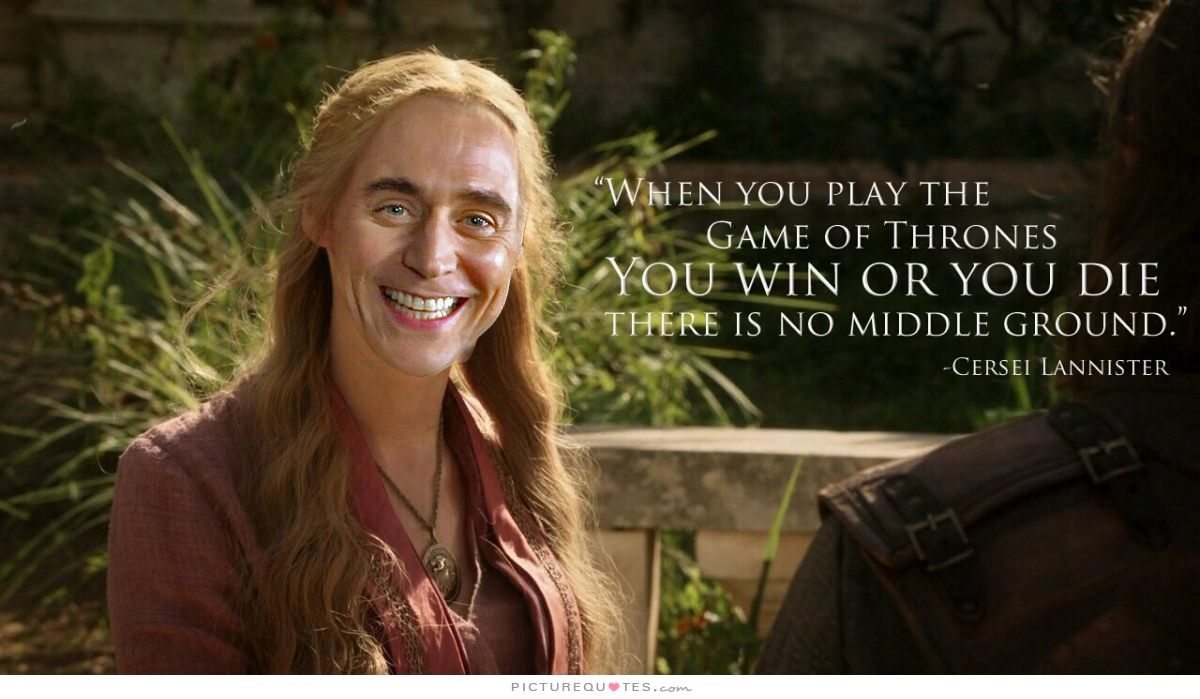 40. Idris Elba doesn’t seem *thrilled* that Loki is the king, and I feel like he WILL disobey him.

41. I do feel as though you’d have to be a real dummy to try and out-drink Chris Hemsworth — god or not.

42. I really WANT to like Natalie Portman in this movie as much as I like Pepps in Iron Man, but I just don’t yet. (No offense to her as an actress. Her characters is just kinda blah so far.)

43. That was SOOO kind of Thor to get her notebook. *heart eyes emoji* — Natalie Portman, and also me

44. Thor’s friends are possibly the best part of this movie? Tag yourself — I am def. the one who is always snacking.

45. I KNEW Idris Elba was gonna disobey him — but I like that he did it with a technical loophole.

46. LOL Thor’s friends look like my friends when it’s time to go to brunch.

50. “Is that one of Stark’s?” LOL NO GUY THAT’S THE MOUNTAIN. (I assume by Stark he’s referring to Ned Stark, as this is just Game of Thrones.)

(I realize he means Tony Stark. Please don’t yell at me in the comments.)

51. YASSSS GIRL POWER. This is like when Arya Stark beat the White Walker king!!! (This analogy is just getting better and better.)

53. LOL Can you IMAGINE if you were just eating eggs and toast in a diner and then looked outside to see a huge robot monster shooting fire out of his face?! (Unrelated, now I want eggs and toast.)

54. I am very stressed about the survival of Thor’s besties. I feel like one always dies to make a point.

55. Thor and his lady warrior bestie have more chemistry than him and Natalie Portman JUST SAYING.

56. He’s doing the Hercules sacrifice yourself for the ones he loves bit and I am here for it.

57. Is Loki like…bluetooth controlling the Mountain? Or is the Mountain acting on his own accord but he is FaceTiming Loki so he can see what happens?

58. Guessing Thor dies and is reborn a god.

59. I might cry if I watched this when it came out and I didn’t know there were two more sequels. But as it stands, I know Thor is very safe.

60. OOOOH THOR’S SYMBOL IS BACK ON THE HAMMER!! You know what that means…

63. I am so sorry this whole post is just terrible puns and Game of Thrones jokes.

68. It’s like they just felt the need to give him a love interest? This is not hitting the mark for me. I miss Tony and Pepps. Am I alone? Or is this one of the MCU’s most cherished couples and I am very wrong?

69. I love that Mom is gonna fight but the White Walkers did not.

70. OH LOKI?! He was…good the whole time? Angsty and Confused? OR JUST PLAYING THE GAME LIKE A CHAMP BECAUSE HE KNOWS THOR IS BACK AND HE WILL STOP AT NOTHING FOR THE THRONE??

71. Eye roll that’s it’s Loki’s threat against Natalie Portman than causes Thor to fight. You knew her for like a WEEK.

73. HAHAHAHA Thor just casually sets his hammer on him. I find this a very hilarious and effective battle tactic.

75. OH NO!! Loki is falling to another realm. I don’t know what it’s how to pronounce it but I believe the realm is spelled “Sequel.”

79. I am really starting to love it when Sammy L shows up.

Overall, I had high hopes for Thor, but he’s not quite there yet. I think he might be my favorite superhero in concept — I love the mythology aspect and I can already tell Loki is going to be a fun character.  I know Thor: Ragnarok is one of the most beloved Marvel films (and I hear it’s really funny), so I am very excited to see these two characters develop and to get to that film. I did not enjoy the romance in this one at all — it felt forced and boring, as opposed to zippy and palpable in Iron Man. I am ready for the sequel though — the end credits scene has my mind in a tizzy and I am eager to see what’s next! I predict eventually I’ll rank Thor movies higher, but for now it’s good, but not great.

Next up: Captain America: The First Avenger

13 Replies to “It’s Hammer Time! 80 Thoughts I Had Watching ‘Thor’ for the First Time”

These Were the Wait Times in Disney World on September 20th!