These days, Disney’s Pop Century Resort (themed to popular culture of the second half of the the 20th century) and Disney’s Art of Animation Resort (themed to four of Disney’s modern animated classics) are two of Walt Disney World’s most popular Value Resorts. The pair are the crown jewels of the Vacation Kingdom’s Value tier of Resorts thanks to modern room amenities, family suites at the latter, and easy access to Disney World’s latest transportation method: Disney’s Skyliner gondola system, which has a shared station located between the two Resorts on Generation Gap Bridge. 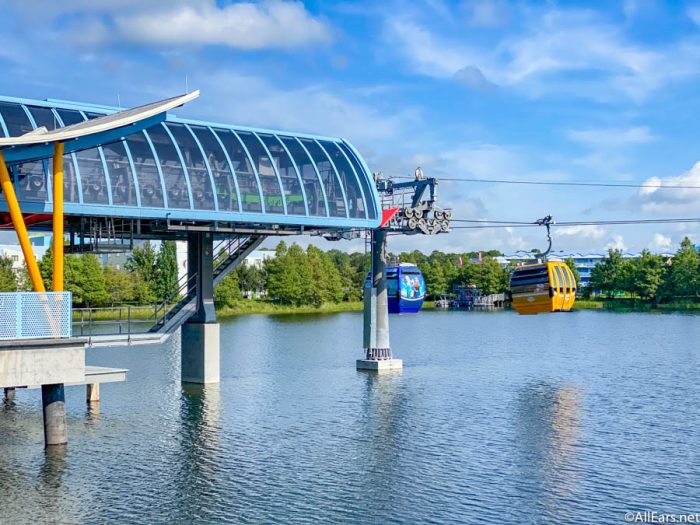 Wait, we can hear you asking, “Why are two completely thematically unrelated resorts linked by a bridge?”

Well, the answer to that lies in the fact that most of the buildings and infrastructure that make up the Art of Animation Resort were originally supposed to be a part of the Pop Century Resort, doubling the Resort in size and capacity.

So how why did half of Pop Century’s original plans join Walt Disney’s World’s long list of unbuilt Resorts? Well, to understand that we need to take a trip back in time. 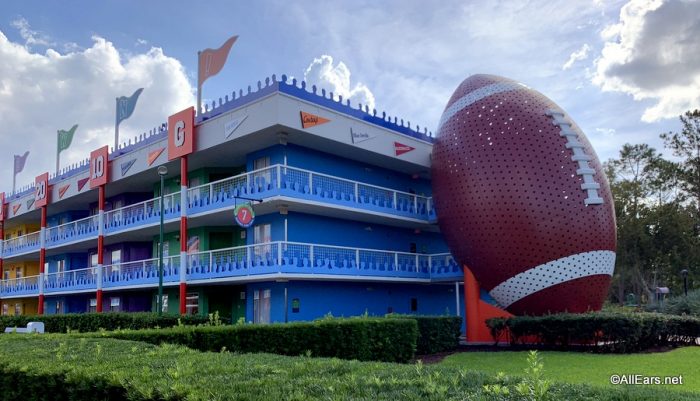 The 1990s were a time of great expansion for Walt Disney World, and Walt Disney World’s Resorts were no exception. Over the course of the decade, the property saw ten Resorts open, including the first three Resorts at the Value tier: Disney’s All-Star Sports, All-Star Music, and All-Star Movies Resorts. While some purists scoffed at their motel-like layouts and oversized icons for each building, the Value Resorts proved quite popular with guest thanks to their (comparatively) cheap prices and family-friendly theming.

By the early 2000s, construction was underway on a new addition to the Value Resort tier: Pop Century. Half of the hotel, known as the Classic Years, featured buildings themed to the popular culture of each decade from the 1950s through the 1990s, with large icons similar to the All-Star Resorts and huge numbers (50s, 60s, 70s, 80s, 90s) in front of the main building. This section was originally scheduled to open in March of 2002.

The other half of the Resort, to be located across Hourglass Lake and accessible by the Generation Gap Bridge, was planned to copy the Classic Years layout – complete with giant icons, and numbers in front – but with each building representing a decade from the 1900s through the 1940s. Known as the Legendary Years, this half of the Resort was to have its own entrance building, lobby, food court, and check-in desk. This section was scheduled to open in 2003. However, unprecedented national tragedy soon put things on hold.

Following the September 11 attacks, tourism around the country – including to central Florida’s theme parks – essentially cratered, sending Disney into cost-saving mode. Construction on both the Classic and Legendary sections of Pop Century was put on hold indefinitely in late 2001. All guests who’d reserved rooms at Pop from its March 2002 opening onward were moved to other hotels, and no new opening date was announced.

The Pop Century complex sat unused for two years before the Classic Years section of the resort finally opened in December of 2003. While the Resort was instantly popular, work was never resumed on the Legendary Years section. Instead the unfinished buildings, complete with giant numbers in front of the lobby building, sat unused and became an eyesore for guests staying at Pop Century.

More intrepid guests could even walk across the Generation Gap bridge and reach the fenced-off, overgrown entrance to the Legendary Years site. The situation remained unchanged for nearly a decade, with fans often wondering if and when Disney would finally complete Pop Century. Little did they know, it was never meant to be.

In 2010, Disney announced that they would finally be completing the Resort on the Legendary Years site. However, instead of completing Pop Century, the site would instead become the Art of Animation Resort, a Value tier hotel made up of family suites and themed to Finding Nemo, Cars, The Lion King, and The Little Mermaid. As mentioned above, the bridge remained, and it still connects the disparate Resorts

Disney has never officially confirmed why Art of Animation replaced the Legendary Years, however given the company’s move toward IP-based entertainment, it’s safe to assume that Disney thought that a Resort themed to modern animated classics was a wiser financial investment than one themed to the first 50 years of the 20th century, especially since an ever-dwindling number of guests would have first-hand memories of the 1900s-1940s. If that was the reason, the continued success and popularity of Art of Animation has proven Disney correct in spades.

Do you have memories of staying at Pop Century during the period when the Legendary Years buildings were visible? Are you a fan of the Art of Animation Resort, or do you wish Disney had completed the Legendary Years? Let us know in the comments below.

7 Replies to “A Look Back at What Could Have Been: Disney’s Legendary Years Hotel”