We have been loving Raya and the Last Dragon,  but how did one of our favorite Disney sidekicks come to be?

While Raya and the Last Dragon has been out since March 5th, some concept drawings were just recently released by Disney and show us a very different sidekick!

Tuk Tuk makes the cutest plush and even has his own snack in Disney’s Animal Kingdom…but how was this little guy created? This concept drawing is where it started — a very extinct-looking Tuk Tuk. We think Tuk Tuk almost looks like a beaver wearing a turtle shell or maybe even a dinosaur!

The next concept drawing is very similar, but they add color. Tuk Tuk still doesn’t look like the cuddly sidekick we are used to seeing.

This final concept drawing really nails down the coloring they chose for Tuk Tuk. It also brought that sweet face of his to life! It may have made him a little too sweet here though…he does transport a warrior after all! 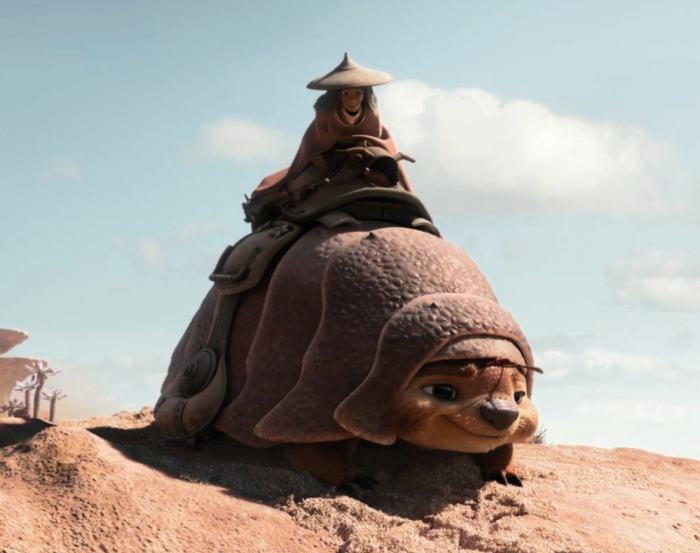 His shell on his head almost looks like a warrior helmet (fitting!). Don’t you just want to squeeze those cheeks?!

We just love to see Tuk Tuk roll around in style and boy does he make a great sidekick to Raya. Where can get our own Tuk Tuk?! We guess Tuk Tuk merchandise and snacks will have to do for now!

Check out this Raya and the Last Dragon Merchandise!

Is Tuk Tuk your favorite Disney sidekick? Let us know in the comments!