Being a witch or wizard is a lot of fun — you get to dress in awesome robes and carry around a cool wand that lets you do magic.

Okay, so maybe we’re not actually wizards, but we like to pretend we are, especially when we’re at Ollivander’s Wand Shop at the Wizarding World of Harry Potter at Universal Orlando. There are just so many wands to choose from!

Although there is an entire process at Ollivander’s where the wand chooses the wizard, you can also pop in to buy replicas of wands seen in the Harry Potter movies. And a brand new replica wand showed up recently there — Peter Pettigrew’s Wand!

Potter fans will recognize this particular wand as the second wand that Peter had. This wand is shaped like an infinity symbol with a snake-like texture on it. 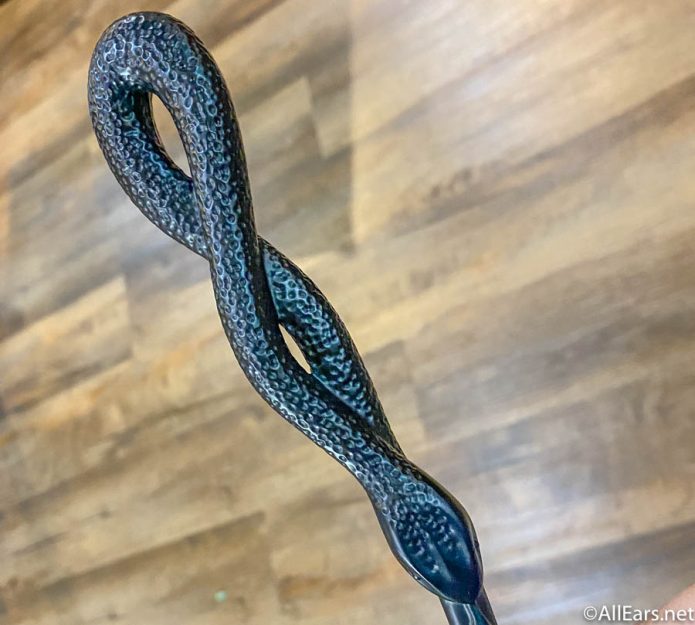 You can pick up the wand now for $55. And if we spot any other new wands at the Wizarding World of Harry Potter at Universal Florida, we’ll let you know.

A Comprehensive Guide to the Interactive Wands of the Wizarding World of Harry Potter!

Do you have a Harry Potter wand? Let us know in the comments!