It is a new day in Walt Disney World Resort!

Yesterday we reported that Rebecca Campbell started her first day as President of Disneyland Resort, and now the new President of Walt Disney World Resort has reported to their new job as well.

Josh D’Amaro has been in Disney World over the past week as he started his new job. 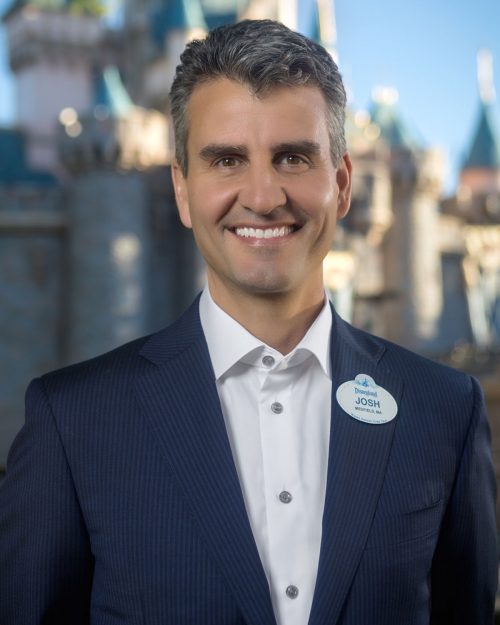 The change in leadership at both parks was previously announced by Bob Chapek in September of this year. Josh D’Amaro had previously served as President of Disneyland Resort, before moving east to his current position. D’Amaro takes over the position from prior President of Walt Disney World Resort, George Kalogridis.

The change in coasts came with mixed emotions for D’Amaro, as he took to his Instagram account following Chapek’s announcement of his new position. In the post D’Amaro states:

“It is with mixed emotions that I will be leaving the Disneyland Resort and accepting the role as president of the Walt Disney World Resort in Orlando. I cannot express how magical this experience has been. But of all of the things … it is the people I will miss most of all. The amazing Cast… our wonderful Guests… and our incredible passholders. It truly takes people to make the dream a reality. Magic has a name. It is ALL of you. I’ll be around for a few more weeks. Please give Rebecca Campbell, the incoming Disneyland Resort president, a warm welcome. I can’t wait for her to meet all of you.”

As D’Amaro starts his new position, you can send him well wishes here!

Are you excited about the future of Disney World? Let us know your thoughts in the comments below!