We’re weeks away from Disney World reaching its one year mark since the theme parks reopened. In the time since, a lot of things have slowly but surely returned, including resort hotels, restaurants, attractions, and even a few shows (like Festival of the Lion King).

But 10 months later, we’re still waiting on a number of locations around the parks and resorts to reopen! Here’s a rundown of the major attractions, restaurants, hotels, and more that have yet to reopen.

Most of Disney World’s hotels have reopened in some capacity since guests began checking in once again last June. However, we’re still holding out on a few hotels that haven’t reopened at all!

For Moderate Resorts, both of Disney’s Port Orleans Resorts — Riverside and French Quarter — are still closed.

There are a number of popular restaurants and dining locations across Disney World that have not reopened as of this writing.

At Magic Kingdom, the big dining location that we’re anxiously awaiting the reopening announcement of is Casey’s Corner! This fan-favorite spot on Main Street, U.S.A. has yet to serve a single Corn Dog Nugget since the parks reopened back in July.

Though a truncated version of its menu is being served at Tomorrowland Terrace during lunch hours, Columbia Harbour House in Liberty Square has also yet to reopen. We’re missing our clam chowder!

The Diamond Horseshoe is open-ish — its serving as overflow seating for Liberty Tree Tavern! But it is not serving its own food, and you can’t make reservations for it.

A number of restaurants in World Showcase are still closed. These include Monsieur Paul in the France Pavilion, Takumi-Tei and Tokyo Dining in the Japan Pavilion, Akershus Royal Banquet Hall in the Norway Pavilion, Restaurant Marrakesh and Tangerine Cafe  in the Morocco Pavilion, and Nine Dragons Restaurant in the China Pavilion.

Akershus, however, has been open as a relaxation station.

All table service spots at Disney’s Hollywood Studios, but a few quick service and snack spots are closed. Catalina Eddie’s, Dockside Diner, Neighborhood Bakery, and Kat Saka’s Kettle, the ever-popular popcorn spot in Star Wars: Galaxy’s Edge, have yet to open back up.

Tune-In Lounge, the bar by 50’s Prime Time Café, has also yet to reopen.

As of this writing, Tusker House at Disney’s Animal Kingdom is still closed, but it is coming back in the summer!

However, the regular side of Restaurantosaurus is open!

Despite the non-DVC portion of the resort reopening to guests in late July, we have yet to hear anything on the status of ‘Ohana at Disney’s Polynesian Village Resort. In addition to ‘Ohana, Trader Sam’s Grog Grotto remains closed at this time as well.

Over at Disney’s Grand Floridian Resort & Spa, Citricos and Victoria & Albert’s are still closed as of this writing. We also have not heard a reopening date announced yet for 1900 Park Fare.

Disney’s Animal Kingdom Lodge also has a few standout restaurants that have not announced any reopening plans at this time. This includes Jiko and Boma.

Disney’s Beach and Yacht Club’s guest favorite spot Beaches & Cream is open, but Cape May Cafe and Yachtsman Steakhouse are still closed as is the Crew’s Cup Lounge.

At Caribbean Beach, Sebastian’s Bistro has yet to reopen. However, it has been used as overflow seating for Banana Cabana.

At Coronado Springs, Maya Grill and Toledo are not open. And The Turf Club Bar and Grill at Saratoga Springs is also closed.

Over at Wilderness Lodge,  Artist’s Point, which had character dining with Snow White, the Evil Queen, and some of the seven dwarfs, is also unavailable.

Just one ride at Magic Kingdom is unavailable — the Walt Disney World Railroad, which is closed due to construction on the TRON Lightcycle Run.

Other attractions that are unavailable are play areas, like the Casey Jr. Splash ‘N’ Soak Station, Frontierland Shootin’ Arcade, and the Main Street Vehicles.

Shows are also unavailable, like Enchanted Tales with Belle and Monsters Inc. Laugh Floor. As of this writing, The Hall of Presidents is also closed as Disney adds President Joe Biden to the show.

At EPCOT, a few experiences in The Seas With Nemo and Friends pavilion are unavailable, most notably Turtle Talk With Crush. Bruce’s Shark World play area is also closed.

Speaking of play area, experiences outside of certain attractions, like the Advanced Training Lab and Project Tomorrow are unavailable.

At Disney’s Animal Kingdom, the closed attraction is the children’s play area, The Boneyard.

There are two big things missing from Magic Kingdom entertainment-wise: fireworks and parades. Happily Ever After is unavailable, as Disney’s Festival of Fantasy Parade.  We’re not sure when fireworks are coming back to Disney World, but here’s what we do know.

But there are smaller pieces of daily entertainment that are also not currently available, including the Casey’s Corner Pianist, Citizens of Main Street, and the Main Street Trolly Show.

Stage shows at Cinderella Castle, including Once Upon a Time and Let the Magic Begin are also not currently running. 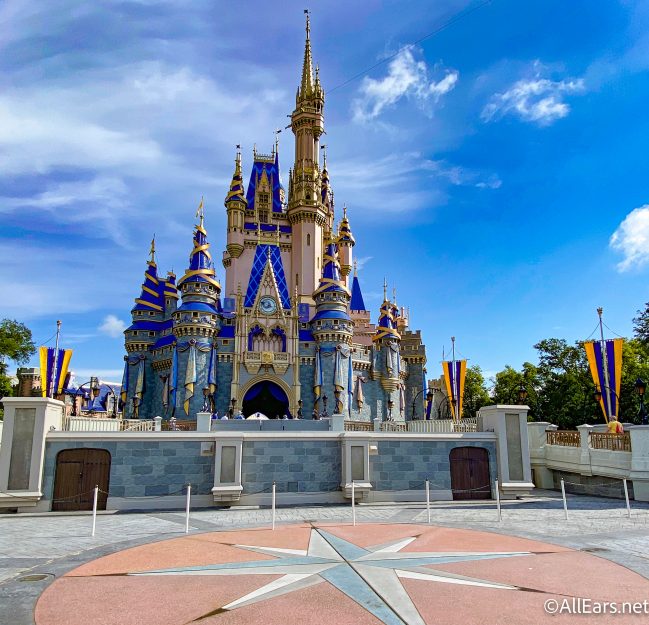 EPCOT currently has no nighttime spectacular; EPCOT Forever is gone for now. Currently, EPCOT is preparing for the opening of Harmonious.

Other unavailable shows include British Revolution, the Jeweled Dragon Acrobats, and Sergio the Italian Juggler. 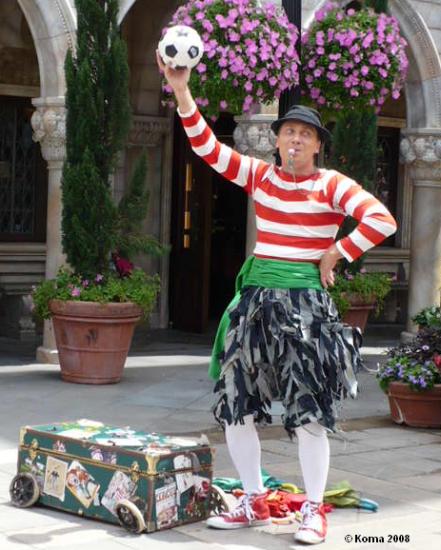 Hollywood Studios is known for its stage shows, like Beauty & The Beast Live on Stage, Indiana Jones Epic Stunt Spectacular, and Voyage of the Little Mermaid. However, these shows are not open right now.

Festival of the Lion King is back at Animal Kingdom in a modified state, but other shows like Up! A Great Bird Adventure and Finding Nemo the Musical are not running right now.

Unavailable meet and greets at Animal Kingdom include those at Donald’s Dino-Bash! (like Donald, Daisy, and Launchpad McQuack), Pocahontas, Russel and Dug from Up, and Timon and Rafiki are also not happening as of this writing. You can still see some of these characters in the flotillas at the park!

It may sound like a lot is unavailable, but Disney has made up for some of these experiences via cavalcades, new entertainment options, new dining options, and other modified experiences. As things reopen and return to “normal,” we’ll be sure to fill you in on the latest information so you can plan accordingly for your next vacation!

Will more after hours parties return to Disney World this year? Click here to read more!

Which closed location do you want to see Disney World reopen next? Let us know in the comments!

4 Replies to “We’re STILL Waiting On These Restaurants, Resorts, Rides, and Experiences to Reopen in Disney World!”