Walt Disney World is one of the most-visited tourist attractions in the world, but did you know that it’s also the most eco-friendly?

The study looked at factors like renewable energy, recycling, and efforts to reduce emissions. And not only was Walt Disney World’s Magic Kingdom at the top of the list, but many other Disney properties made the top 27. The scores were figured by assigning 10 points for each eco-friendly activity. 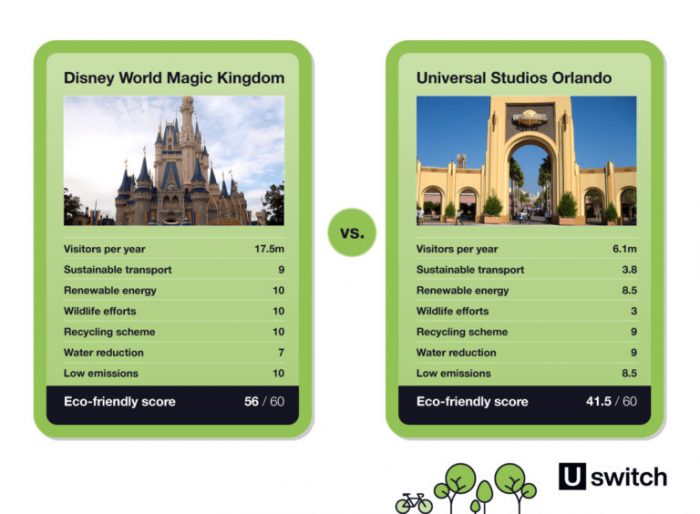 Disney’s efforts to go green seem to be paying off as the company continues to look for ways to be more sustainable.

What do you think of Disney World’s status as an eco-friendly tourist destination? Let us know in the comments.