The NBA has officially made their way into Disney World to stay inside the parks and resorts’ bubble!

Although you’ll be able to watch the basketball teams play their games starting June 30th, Disney will also be getting involved with hockey this week too!

According to Deadline, the National Hockey League has teamed up with Disney Streaming Services and Twitter to give a live look at its 2020 Stanley Cup qualifiers and playoffs starting August 1st. 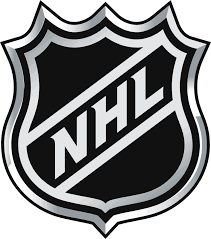 U.S. fans will be able to vote in Twitter polls to choose which games will have the “live look-ins, which will see a minute or two of continuous action live-streamed on Twitter.” The interactive features will also include video highlights, Twitter Moments, top tweets, and Stanley Cup and team emojis for fans to participate in.

The NHL will select two games weekly that will have the new feature during its qualifying play and first two rounds of the playoffs. However, the occurrences will increase to a minimum of five games during the conference finals and every game of the Stanley Cup Finals.

The NHL Senior EVP and Chief Marketing Officer Heidi Browning has stated that “NHL fans are fiercely passionate and are among the most engaged sports fans on social media. Everything our fans do shows us they want to have deeper connections with the League and our teams, and this exciting partnership with Twitter and Disney Streaming Services – especially during this unprecedented time of social distancing – provides the perfect platform to facilitate fan interaction and conversation, as well as drive broadcast tune-in.”

When the NHL starts its games again this week, we’ll give you a look at the new interactive measures that Twitter and Disney Streaming Services will be bringing online!

Take a look at the NBA’s full season schedule in Disney World that starts TOMORROW!

What is your favorite hockey team? Let us know in the comments below!

Disney Outlines Options for Annual Passholder Refunds and Extensions Ahead…