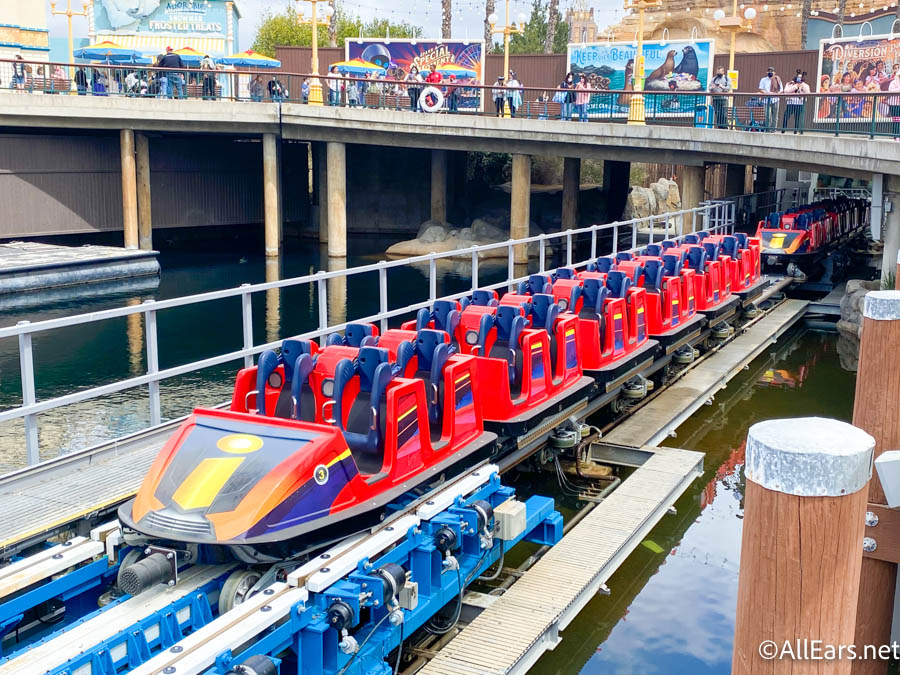 It’s the dedication of the Municiberg roller coaster – but Baby Jack-Jack is on the loose. Take a roller coaster ride with the Incredibles and see them in action as they attempt to catch Jack-Jack before his unpredictable superpowers wreak havoc on the attraction and its riders. The Parr family (aka the Incredibles) is participating in the inaugural launch of the roller coaster. Edna Mode and baby Jack-Jack, who are too short to ride, are waiting in the VIP room. But Jack-Jack throws a super-powered temper tantrum and vanishes.

The enclosed tubes feature scenes of the Parr family in their efforts to corral the wayward Jack-Jack: Dash avoids his laser beam eyes; Elastigirl stretches to catch him; Mr. Incredible tempts him with a Cookie Num Num; and Violet projects a force field to shield riders from his fire. The story is told with a combination of special effects, character figures, lighting and music.

The Incredicoaster is a steel roller coaster that evokes the thrills of wooden coasters from days gone by. At the start riders catapult from 0 to 55 mph in less than five seconds. Over the course of almost 1-1/8 miles of track, there’s a giant loop and a 108-foot drop, all set to an “incredible” soundtrack.

Lightning Lane access for Incredicoaster is available with the purchase of Genie+. Single Rider is also available. The attraction closes early for the World of Color show.

The motion of the roller coaster is pretty smooth, but pregnant women and those with heart, back or neck problems, motion sickness or other conditions are advised not to ride.

Accompany young children on this ride — they must be at least 48 inches tall to ride.

Menus from around the Disneyland Resort

Knick’s Knacks offers a variety of Pixar character merchandise, some unique to that location.

The Incredicoaster opened on June 23, 2018. It replaced California Screamin’, which was one of Disney California Adventure’s original attractions. The loop featured Mickey’s head in the background. Much of the steel on the Incredicoaster is used to create the illusion that this is a vintage wooden coaster.

It is the fastest attraction at the Disneyland Resort with a maximum speed of 55 mph. With 6,072 feet of track it is also the longest.

There’s a water effect as the vehicles prepare to launch: this is Dash running across the water to catch his little brother.

The Mrs. Incredible figure in the second tube is 53 feet long.

Jack-Jack appears 19 times throughout the attraction.

Artist Teddy Newton, a character designer on “The Incredibles”, created murals for the load area, Jack-Jack’s Cookie Num Nums, and the arch at the entrance to Incredibles Park. All of the murals were hand-painted.

The new red paint on the coaster tubes is self-cleaning.

Incredibles Park has a mid-century modern style. Everything is a play on triangles and circles: the triangular roof line of the load area was originally drawn on a napkin during lunch at Pixar.