There’s no contest when it comes to the amount of offerings at Disney World versus Disneyland. If you plan accordingly and the crowds are relatively low, you can experience most, if not all of Disneyland, in just a couple of days. However, you can spend an entire week at Disney World and barely begin to scratch the surface.

However, there are many unique aspects of Disneyland that you will NOT find in Disney World! Here are our top six.

Disney California Adventure is in and of itself a completely unique park in Disneyland, but we’re going to chat about a couple of specific aspects of the park that you can only find on the West Coast! The first thing we’re going to talk about is Pixar Pier. This new land, which was formerly known as Paradise Pier, is a celebration of all things Pixar!

While Disney World has its own version of Toy Story Mania, Pixar Pier has several other rides, restaurants, and shopping that you cannot find on the East Coast! These include Incredicoaster, Pixar Pal-A-Round, Inside Out Emotional Whirlwind, and Jessie’s Critter Carousel. And of course we can’t forget about Lamplight Lounge! 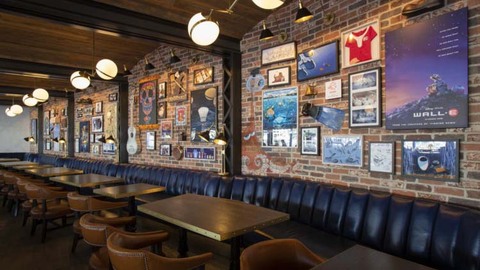 This opening day attraction is still available at Disneyland to this day! A similar version of Mr. Toad’s Wild Ride used to exist in Magic Kingdom, but it closed in 1998 to make way for The Many Adventures of Winnie the Pooh.

Guardians of the Galaxy Mission: BREAKOUT!

Indiana Jones Adventure is arguably one of the best thrill rides in all of Disneyland! While this unique attraction cannot be found in Disney World, if you close your eyes, it might feel awfully familiar. That’s because the ride is nearly identical to Dinosaur in Animal Kingdom when it comes to the track layout and ride vehicles!

If you find yourself strolling through Downtown Disney and are in need of some ice cream, the best place to go has got to be Salt & Straw! This small national ice cream chain is a fan favorite. Their claim to fame is there unique assortment of flavors, in addition to a rotating menu of monthly specials! (Lucky for all of us, Salt & Straw plans to open a location in Disney Springs!)

What’s your favorite unique attraction at Disneyland? Let us know in the comments!

One Reply to “Here Are Six Things That Disneyland Has that Disney World Does Not!”