If you’re a big Star Wars fan, then you need to make a visit to Star Wars: Galaxy’s Edge!

You can find the incredibly immersive land at both Disneyland Park in California and at Disney’s Hollywood Studios in Florida. When you head inside, you’ll feel just like you’re on the planet of Batuu — immersed in the galactic culture with themed restaurants, shops, and rides. You can even build or buy your own lightsaber, and now there’s a new saber that we think fans will really appreciate!

If you’ve seen the hit Star Wars shows The Clone Wars, Rebels, or The Mandalorian, then you’ll certainly recognize this unique blade, known as the Darksaber! In Star Wars lore, it was created by the first-ever Mandalorian Jedi, Tarre Vizsla, then later stolen from the Jedi temple and used as a symbol of leadership among Mandalorians. 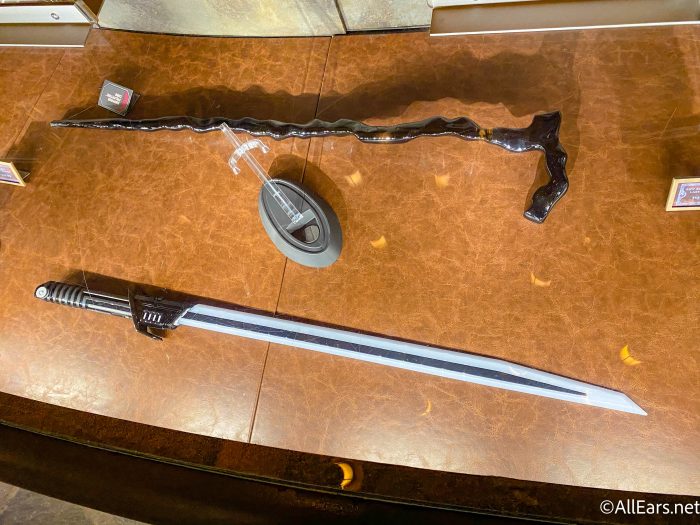 It has been a big plot point in all three TV series, and we’ve seen it change hands between main characters several times. It’s a fan-favorite saber thanks to the unique black color of the blade, unusual hilt design, and pointed end — we have to admit that it looks pretty cool!

If you’re interested in getting your own Darksaber, we spotted it in Dok Ondar’s Den of Antiquities at Galaxy’s Edge in Disneyland. It’s not a small investment though…you’ll be shelling out $200 to buy one!

Stay tuned to AllEars for more important merchandise updates from the parks, as well as all the big Star Wars news you need to know!

Click Here to Check Out Another New Legacy Lightsaber!

Do you own any lightsabers? Let us know in the comments!